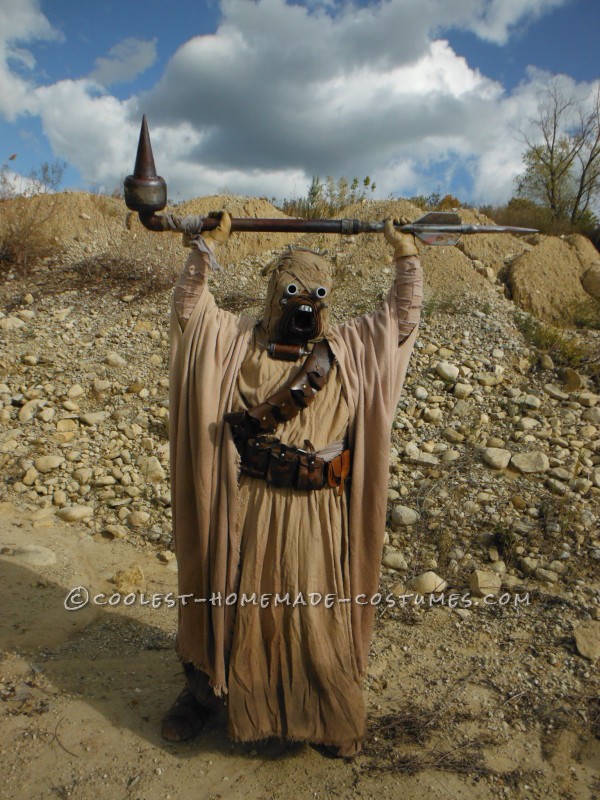 Back in June 2012 , I attended the Joliet Illinois Public Library’s 3rd annual “Star Wars Day.” Part of the fun that day was a charity raffle drawing for a Tusken Raider head display, with proceeds going to purchase toy gifts for some local sick children.

Earlier that day, I had ran into a friend who I owed $5.00 for doing me a favor. However, I only had a $10 bill & 20’s and he didn’t have any change either. We agreed to meet up again later in the afternoon and by then we should have some change.

Around 1:45pm, an announcement was made that the raffle drawing was going to be happening in 15 minutes and that folks should buy their $1 tickets ASAP if they wanted to have a chance at winning the prize. Then I remembered that I still owed the $5. I figured that since they had been collecting money all day they should be able to make change for a $10 bill.

Then I thought about that I would be a cheapskate to hand the children collecting for the charity raffle a $10 bill and ask them for $9.00 back. I only needed a $5 bill to pay back my friend, so I asked for 5 tickets and handed them the 10. Then I went outside to find my friend to give him the $5 before I forgot and then it was 2:00PM, time for the raffle drawing.

…..Well, you probably guessed the rest of this story by now. The first number that was called was the 3rd one in my strip of 5.

As stated, the head was originally created as a display piece.  With “some modifications” it could be made to wear as a part of a costume, but what it turned out to be in reality was a LOT of modifications.

I ended up taking the entire thing apart and re-doing it completely.  I added tons of holes for ventilation, replaced the old rags that were making the outer shape of the head with silk-screening mesh and nylon straps. I added peripheral viewing slots to the sides of the eye stalks, enlarged the mouth opening and added a battery-powered  fan. I added a hard-hat liner from another old hard hat. I recovered the entire piece in a much more accurately colored and lighter weight fabric.

….and then I had to build the rest of the costume.  I bought the fabric, then custom dyed it (many times) until it was just right. I made the re-brether out of a tomato paste can, some Coke bottle caps, and a few parts from the hardware store.  I made all of the other parts of the costume with the exception of the bandoliers. Those are 1.) a vintage original WWI Swedish bandolier (very, very used!)  and 2.) a replica WWI British bandolier (that I weathered to look more used)

After I wore the costume several times, I decided that I needed to have a proper weapon for a Tusken Raider, so I built myself a Gaffi stick. I built that out of some PVC pieces from the Home Depot, a wooden dowel from Hobby Lobby, scraps of plexi glass and aluminum, some left-over craft items, and 2 jars of deluxe mixed nuts.

The weekend before Halloween, all of the local nomads got together to take some pictures in the sand. 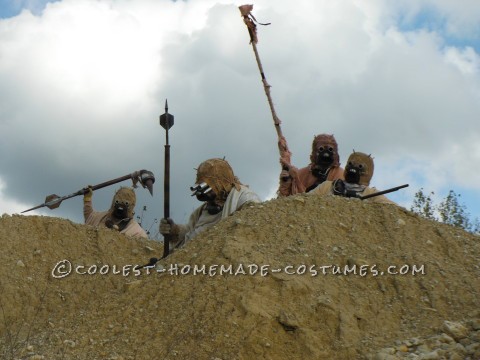 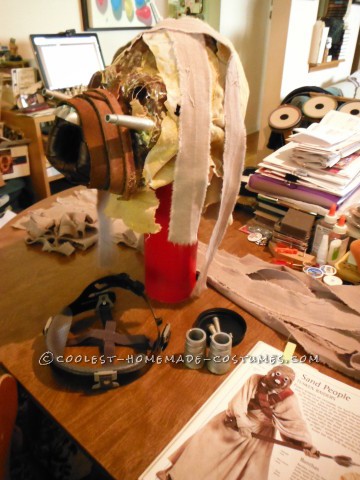 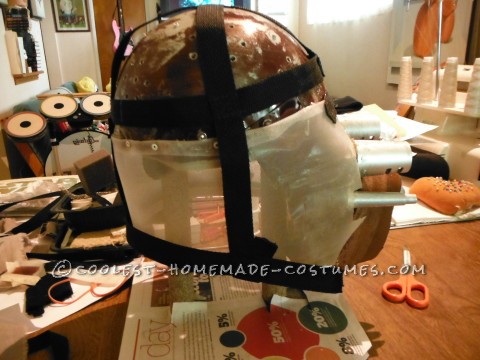 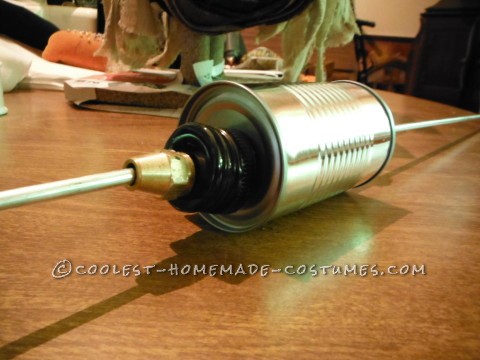 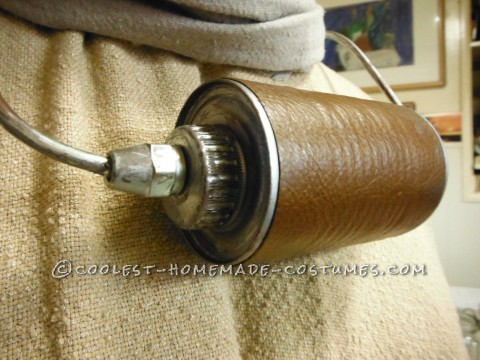 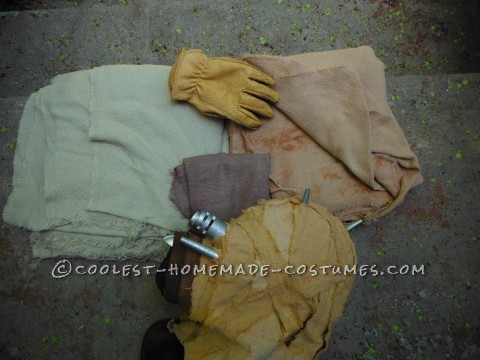 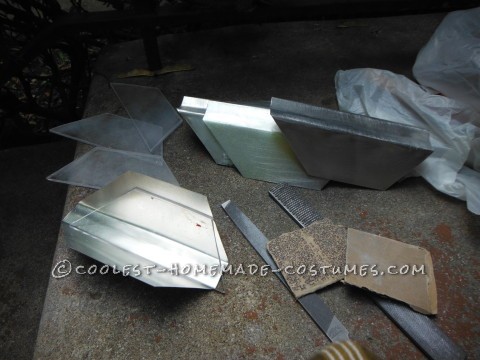 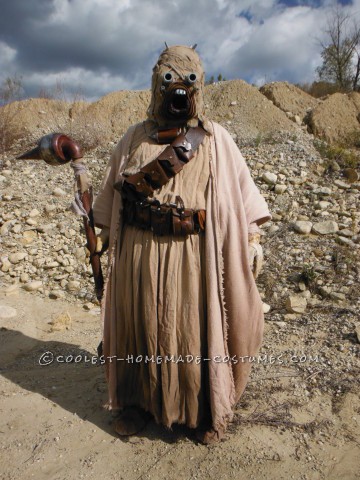