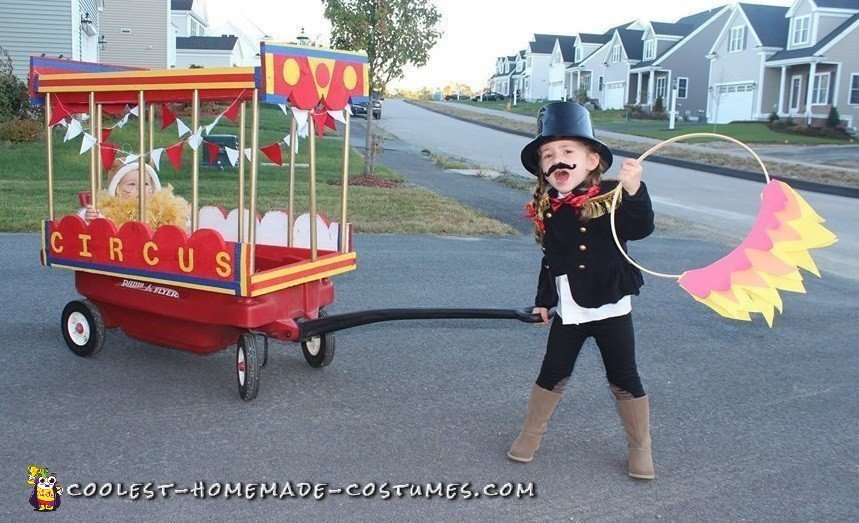 After taking the kids to a local circus and hearing our daughter, Caileigh, rave about the show for months, we decided to feature her as the ring master of this traveling-trick-or-treating circus, along with her little brother, Kyle, as the caged circus lion.

Most of their costumes were taken straight from their closets, but we added some materials to provide the details (feather boa became a lion’s mane, gold tassels became epaulettes). The cage was made from scrap plywood and a few dollars worth of PVC pipe from a local hardware store- the only time consuming task was painting…but it was well worth it!

People were excited- we even hid portable speakers in the wagon that looped circus music so people knew this circus was coming to town. Our kids embraced their roles more than we ever imagined they would.

The little guy doesn’t say much yet (he just turned 1 a few days earlier), but he just about lost his voice after ‘ROARING’ all night, and our daughter would have impressed the Ringling Brothers with the way she carried herself as the leader of the Greatest Show on Halloween in Massachusetts