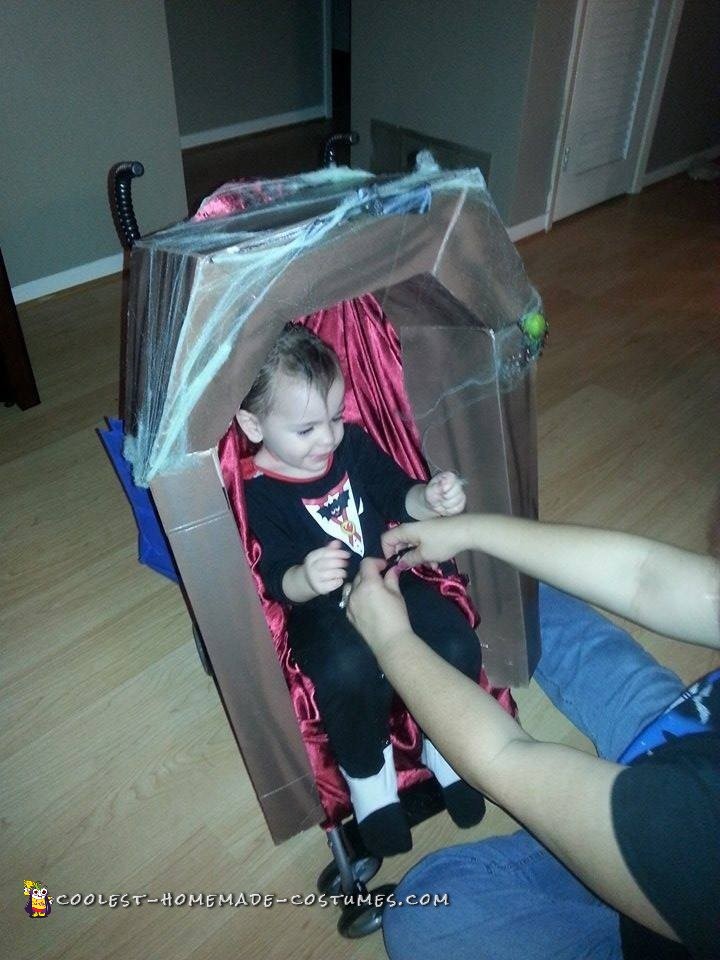 My little Vampire Grandson loves to break free from handholding when you lest expect it. A very scary thought for his first year trick or treating! He loves stroller rides though, so I thought I’ll step it up a notch and make the stroller into a coffin.

Actually it was quit easy. I made some rough measurements of our stroller. The top of the coffin is a trifold foam board left over from my daughter’s Stem Fair Project. It held the shape perfectly! The sides were just used cardboard. It took a few times to measure & recut so it would slip on the stroller. I cut notches in the inside “walls” of the coffin so it could slide back over the cross bar and it locked in and gave it added strength. 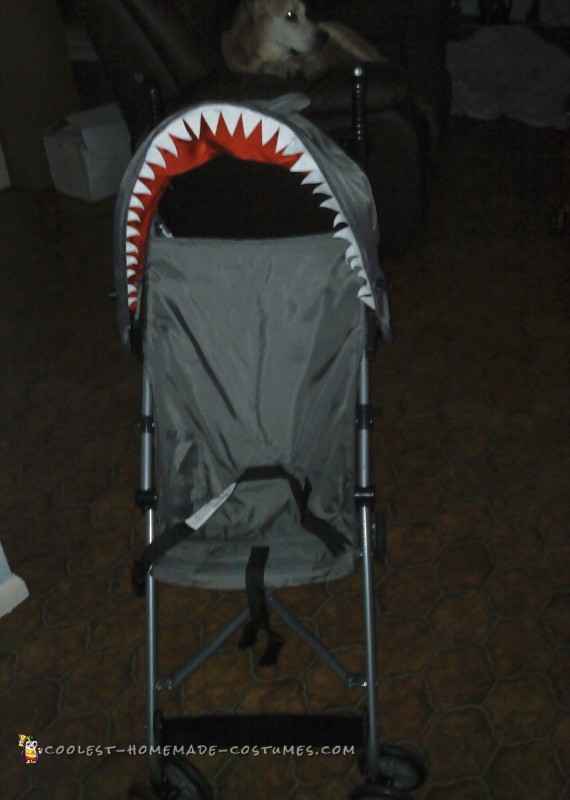 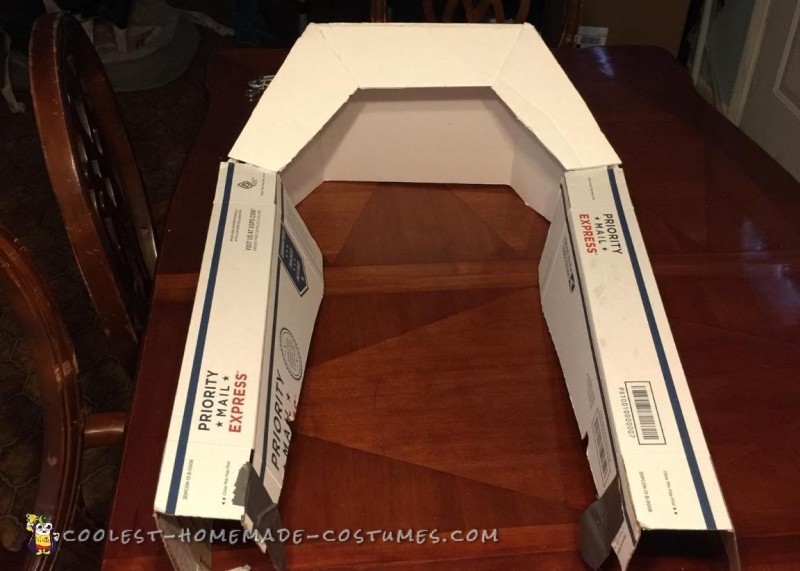 I used an old satin sheet cut it in half and then holes for lap belt. I wrapped it around stroller and used four saftey pins to hold the back and bottom. 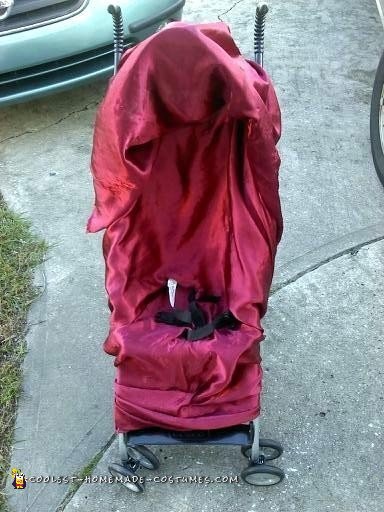 Lost my pic of the  cardboard painting :( But I used light and dark brown spray paint to give a wood look and put them together. 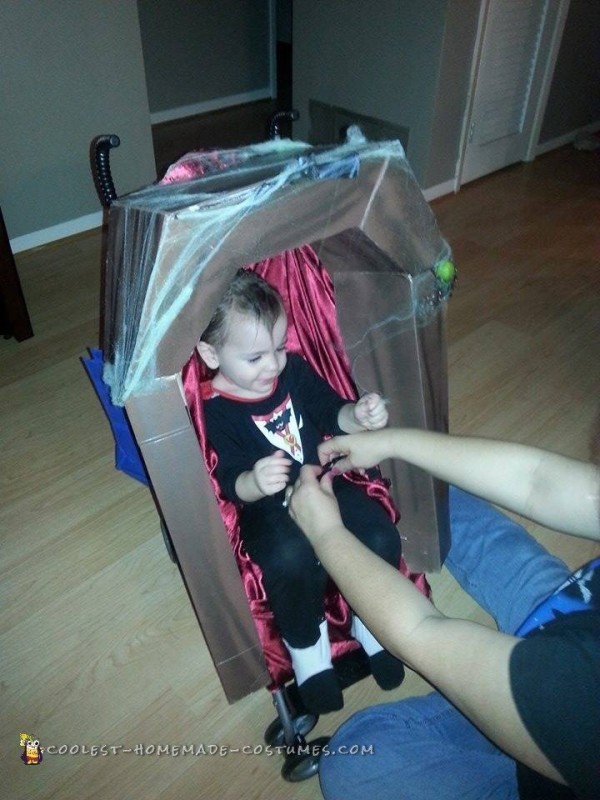 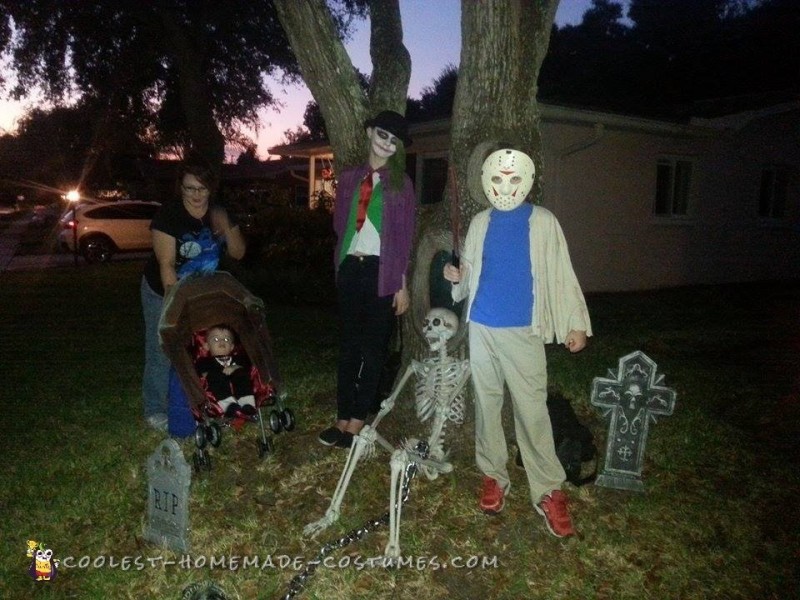 He Busted Out of His Coffin (Busted Coffin)

I think it was just too many lights, costumes, and candy. I wish I had thought to make the coffin walls sit back just a little more. He was frustrated because everyone would be saying how cute he was and he’d be sooo happy then they’d walk away and he’d turn to see them and Bam there was a “wall” 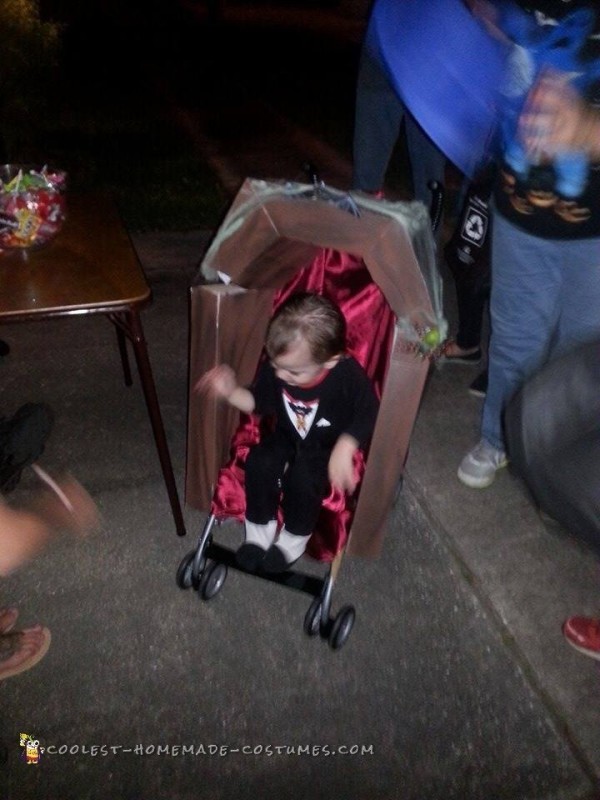 “you broke your bed!”

We had so much fun and he got so much candy, he started giving it back. We had to call it a night after he pulled loose and pushed past a lady and went into her home.

Coolest Corpse in a Coffin Costume