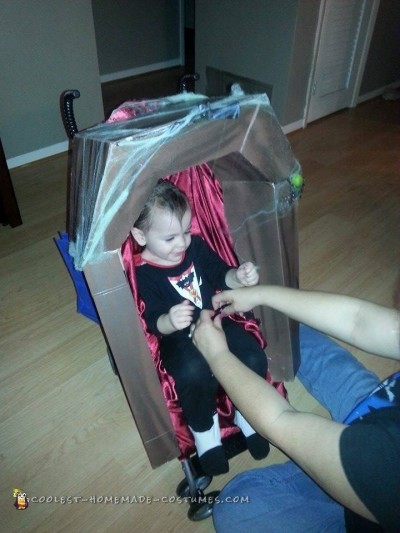 My little Vampire Grandson loves to break free from handholding when you lest expect it. A very scary thought for his first year trick or treating! He loves stroller rides though, so I thought I’ll step it up a notch and make the stroller into a coffin. Basic Construction Actually it was quit easy. I made … Read more 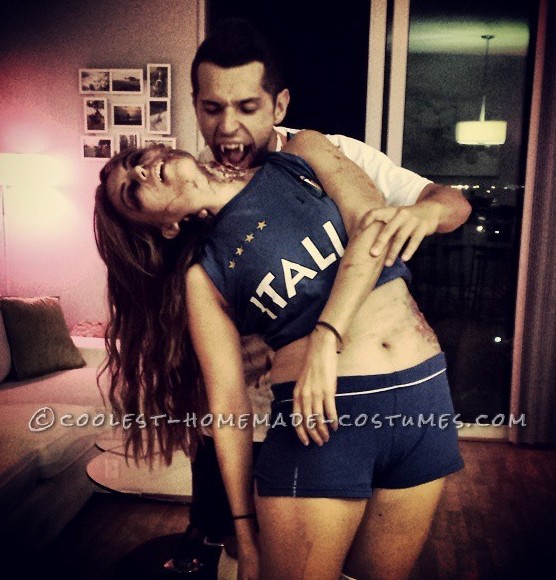 My boyfriend and I are big soccer/football fans and couldn’t believe this year when Uruguay’s Louis Suarez BIT Italy’s George Chiellini. It was a famous bite seen around the world and was turned into memes, YouTube videos and dubbed Suarez as a vampire! It wasn’t his first bite (and I am sure it won’t be … Read more 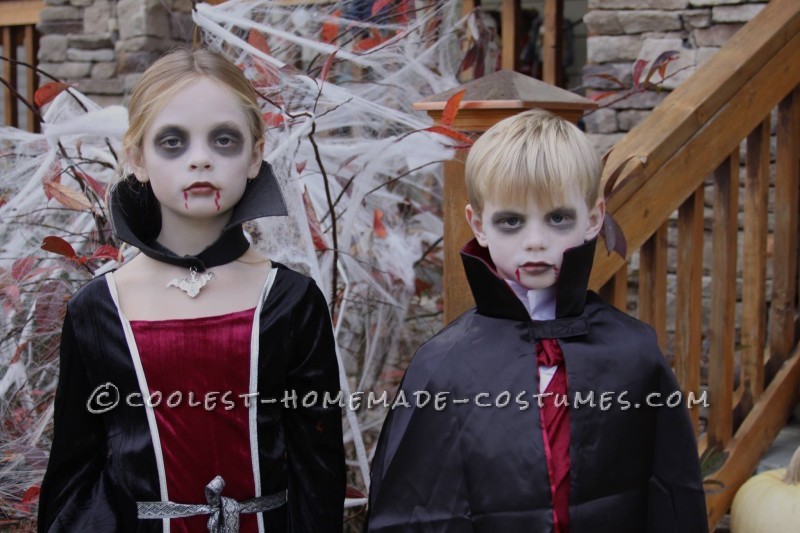 Ada (8 yrs old) knew she wanted to be a vampire for Halloween since August. Levi (6 yrs old) on the other hand went from Bat Man, to Ninja, to Darth Vader until just before Halloween and finally decided to join the other dark side with Ada. Being that Levi’s birthday is Halloween Momma was … Read more 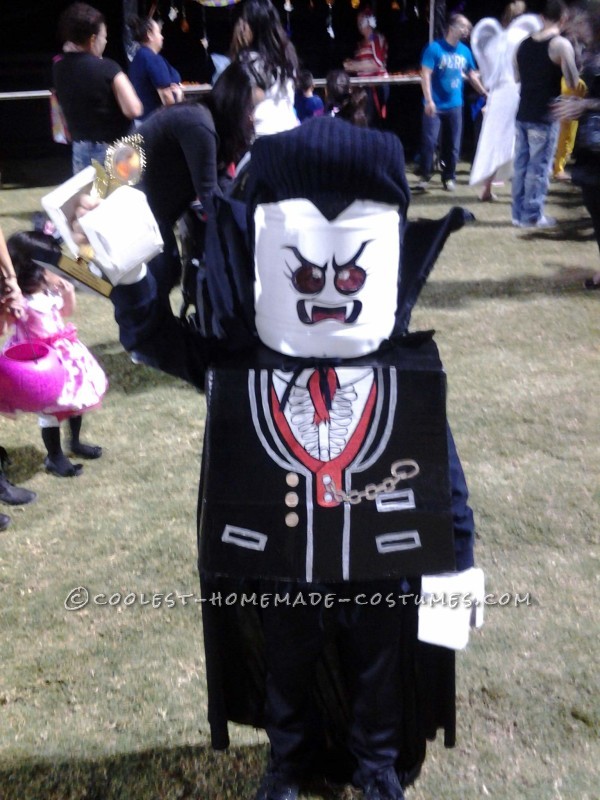 Happy Halloween everyone! Well this year I wanted to be creative when it came to costumes instead of the traditional expensive cheaply made store bought costume. My son was not sure what he wanted to be, so I started to think of all his favorite hobbies. Then boom! LEGOs! I was going to make him … Read more 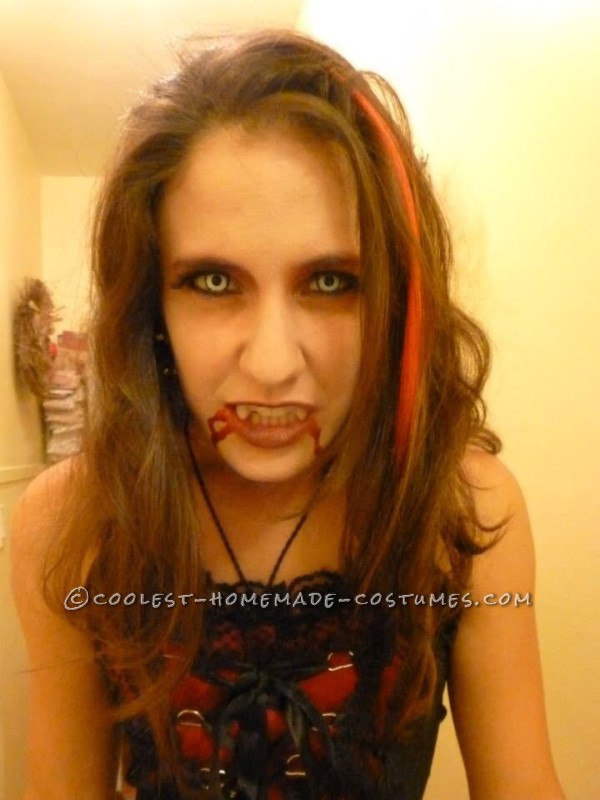 In order to keep with the frightful spirit of Halloween, I decided that the perfect costume would be one that really represents the theme. I knew exactly which feeling I wanted to elicit from people- and that was shock! So instead of going the other way and wearing a sexy costume that would shock most … Read more 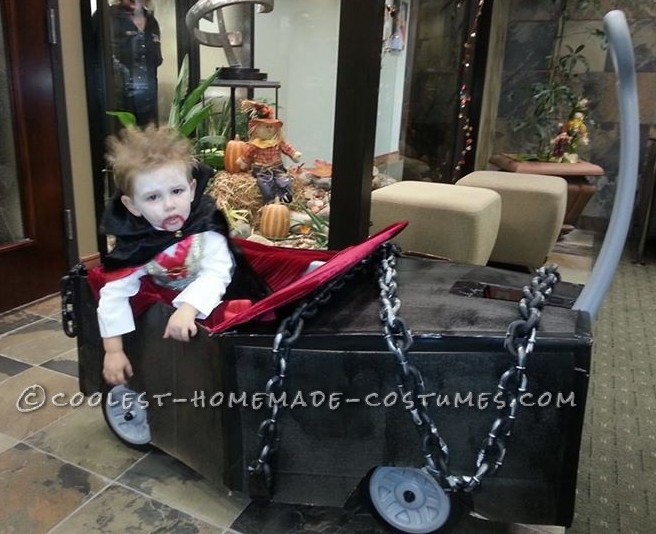 My husband and I win costume contests every year at an annual party we attend. Since having a baby, we haven’t put much thought into our own costumes, but we certainly weren’t going to slack on our little boy. I found a really cool vampire costume at the store. It wasn’t a typical cheap, cheesy … Read more 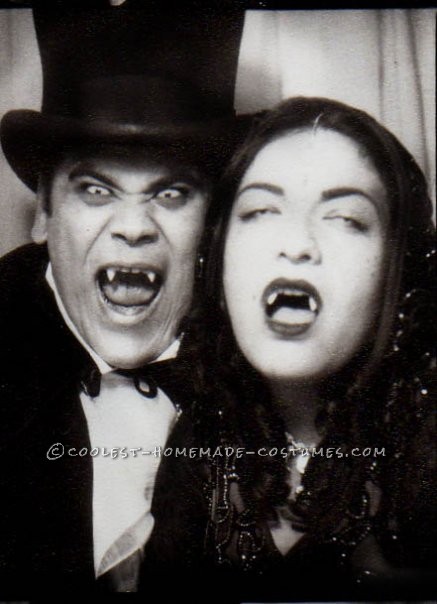 We went through a Vampires are sexy term. So I bought a beautiful velvet dress that had red flowers and silver sparkle lines on it with a hood from Goodwill. Christian bought a felt top hat from Hot topic. Then we went crazy! White contacts made our eyes seem pale baby blue with black specks … Read more 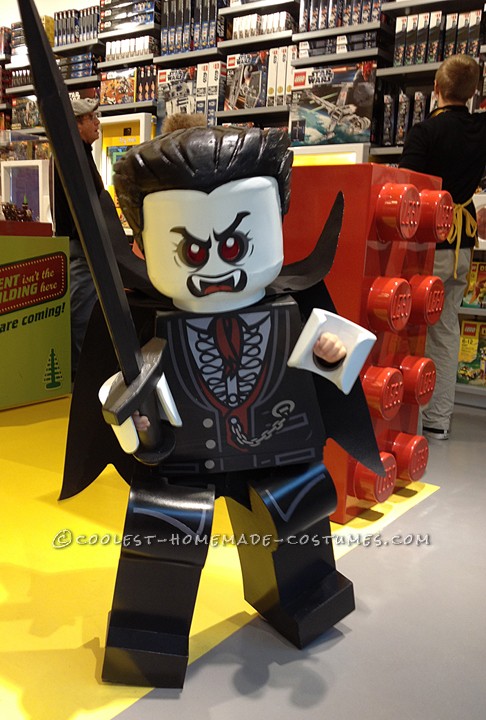 When asked, “What do you want to be for Halloween this year” My 5 year old son replied, “Lego Lord Vampyre” Who is Lord Vampyre you ask? Well, only the leader of the monster realm from one of Lego’s latest series. This is the second year in a row my son has dressed as a … Read more

We wanted to do something original and thought this homemade vampire costume would be cute. We just used black pants we already had – a vampire Billy Bob binky was a must! Then I got a white dress shirt at a thrift store. I had to get some fabric to make the cape. We found … Read more 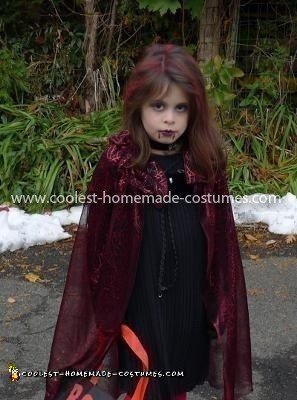 My daughter had her heart set on being a vampire for Halloween. There are many types of vampires to choose from – she decided on a goth vampire. The vampire costume was easy to make. We found a black goth style dress from the $15 dollar store. Added a pair of red leggings, some black … Read more