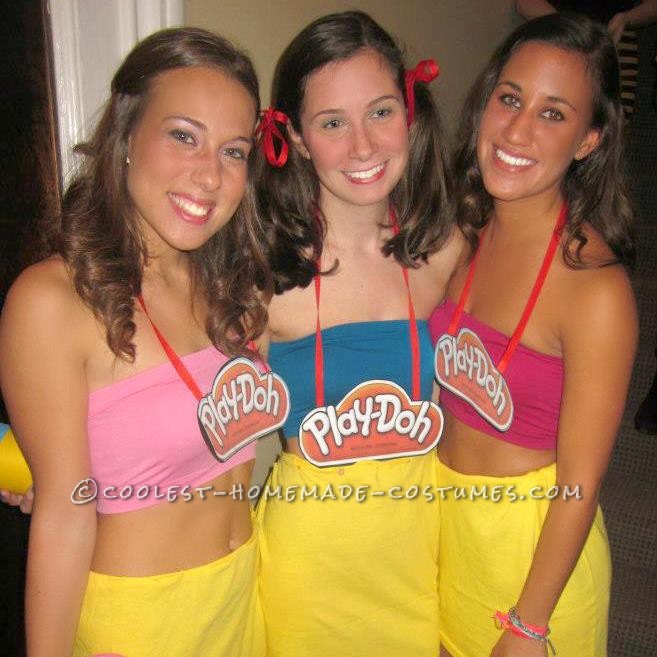 My friends and I needed a costume last minute for a Halloween party. We came up with a really CHEAP and CUTE idea to be Play-Doh! We each bought one solid color bandeau that would be the color of the  “cap” of the container (so a color of play-doh), a large yellow t-shirt, and red … Read more 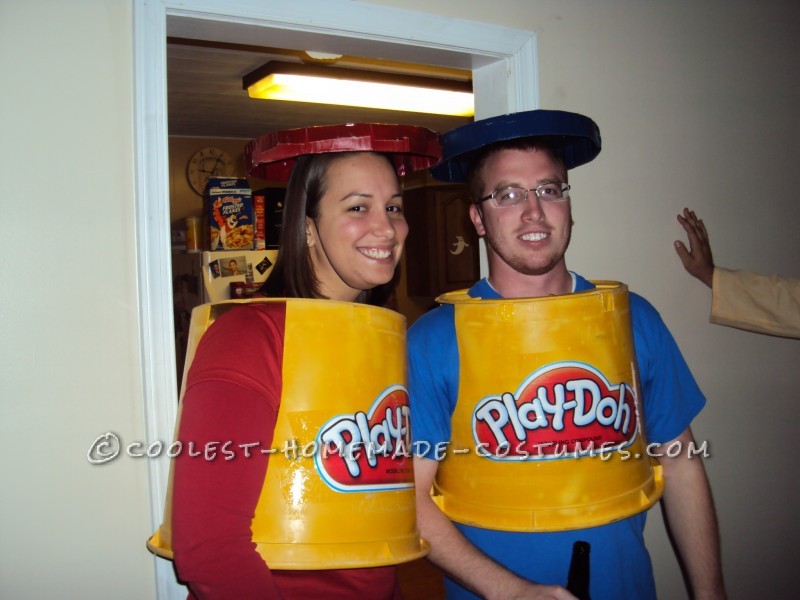 We had two big Halloween parties to attend and wanted different costumes for both parties but we didn’t want to spend a lot of money. So we made this cheap and simple Play-Doh couple costume! I “borrowed” two yellow farm buckets from my uncle, cut two arm holes and a head hole, adjust to fit … Read more 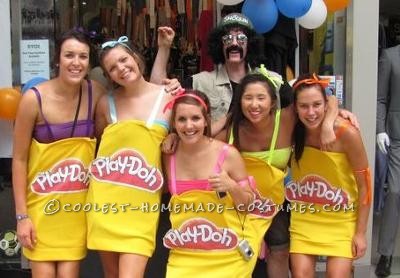 We wore these Playdoh costumes to the Rugby Sevens 2011 in Wellington, New Zealand which is a huge dress up event that 40,000 people in costumes go to. It is very hard to have an original costume but this Play-Doh Group Costume did the trick. These costumes were easy to make and took us about … Read more 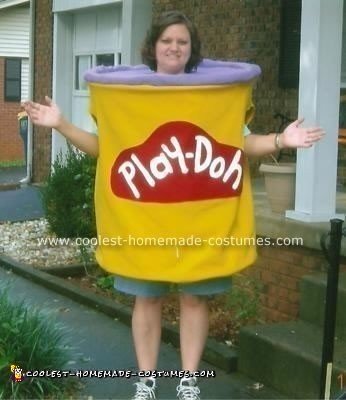 I plan to help out with my son’s first grade Halloween party at school and I wanted to come up with a costume that was recognizable and yet friendly. Both of my son’s love making things with Play-Doh, so the idea came pretty easily. It was also fairly easy to create the costume. I cut … Read more 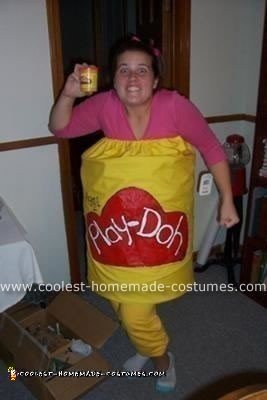 I work at a daycare and we are required to dress up for Halloween every year. It’s a secret competition between all the teachers to see who can come up with the best costume. The hardest part is, it has to be something the kids will recognize. The materials needed; -large collapsible hamper -3 1/2 … Read more 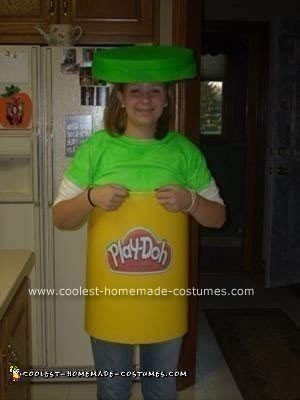 My daughter is 13 and we always come up with creative Halloween customs, so we thought about a Play-Doh Costume. The first thing we did was found a garbage can, and spray painted it yellow. Next we cut out the bottom of the can to use as the top of the Play-Doh (you could just … Read more 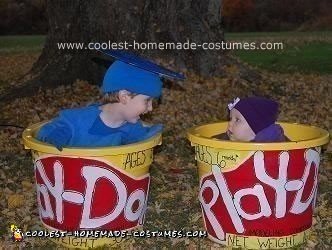 I wanted to be creative and my son loves Play-Doh. It was actually his idea. So we began by buying a bucket that we spray-painted yellow. The bucket was also primered first. I cut the emblem out of felt and attached it to the bucket. I changed the weight to whatever each child weighed. I … Read more