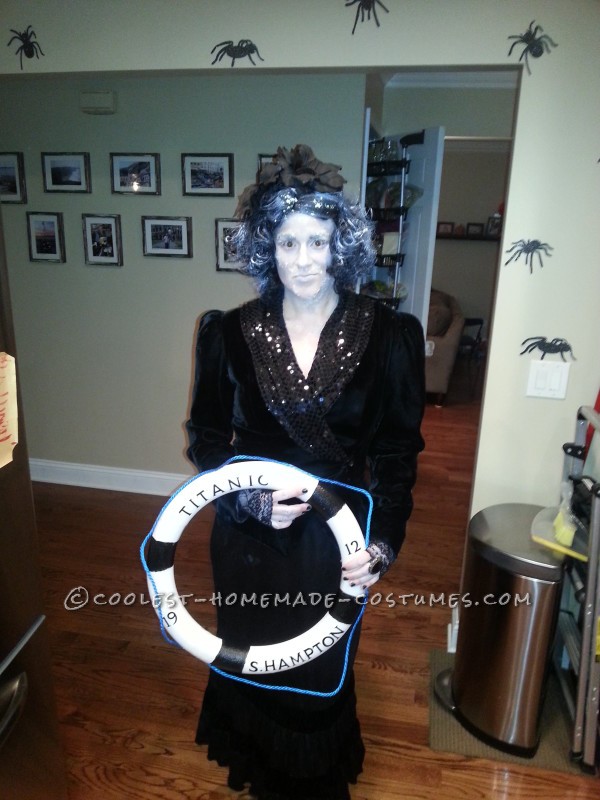 Every year I wrack my brain, books, and the internet for unique costume ideas. I have two requirements: I should not be recognizable, and I can’t be something or someone that others might choose. So this year, I took one of those lovely little on-line quizzes- 10 simple questions to answer and then it would … Read more 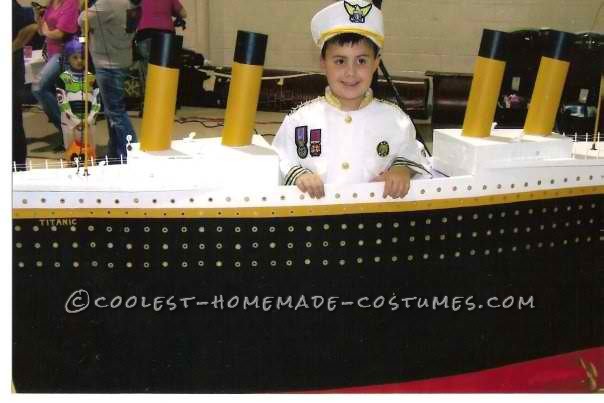 My father and I made this ship costume for my 5 yr old son. He loves everything about Titanic. The wood ship is 8 ft long and weights about 30lbs. My father assembled the wood by dipping it in water and bending it. Painting it did not take to much time but it was especially … Read more 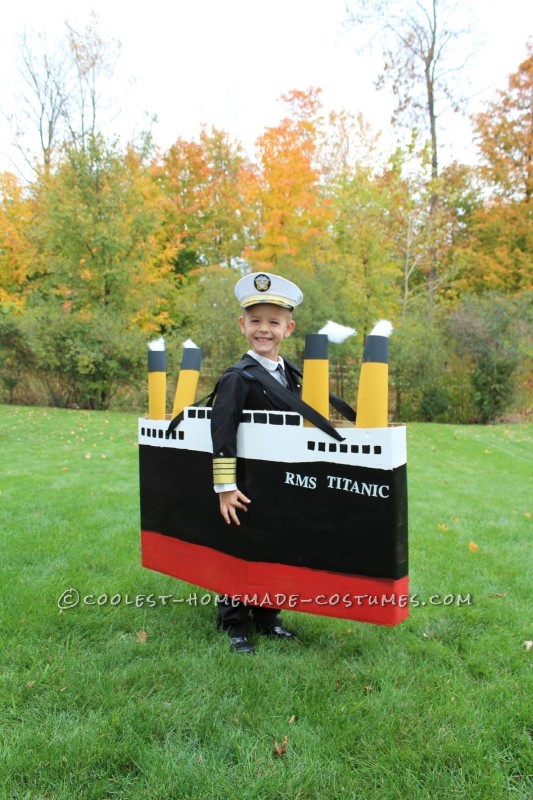 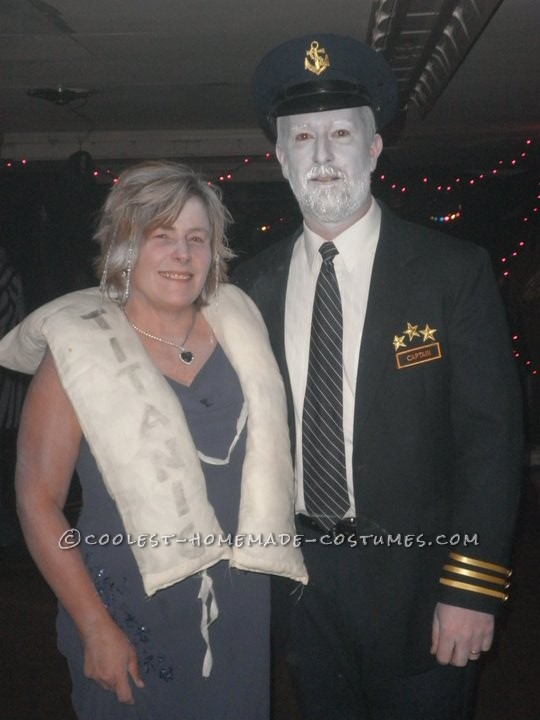 This frozen Titanic costume started when I had a Heart of the Ocean Necklace then I knew I wanted to be Rose.  I borrowed a prom dress from a friend and then used white theater paint to paint myself a little pale. I used Christmas icicles and pinned them into my hair. I made a life … Read more 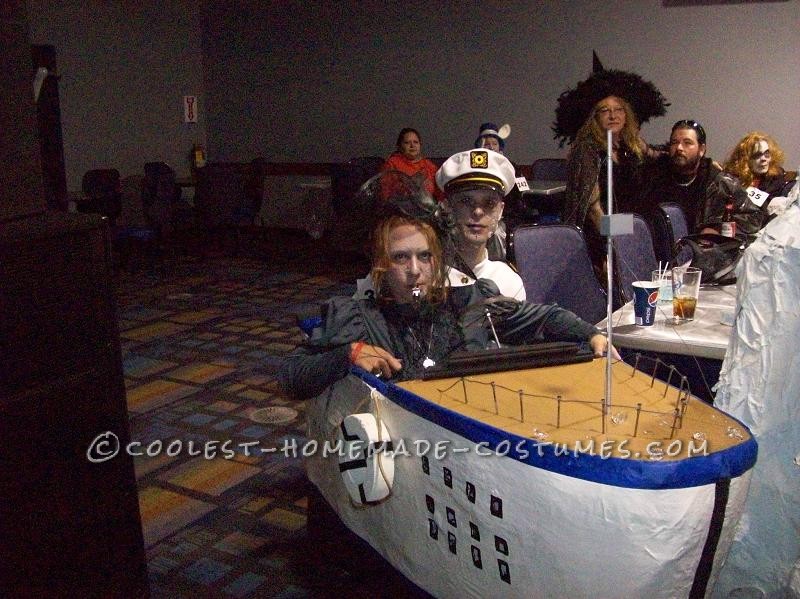 This Titanic costume is like no other, literally because it was made by our very own hands.  It was a lengthy process however, the great comments we received made all our work worthwhile.  Thought went into making it small enough to fit through doorways as well as keeping it large enough to allow that large … Read more

My office was having a Halloween party with a costume contest. First prize was a full paid day off. I wanted to win BAD! I came up with the idea of being a Titanic Victim. To look like I was from the steerage class I made a simple long skirt out of 2 yards of … Read more 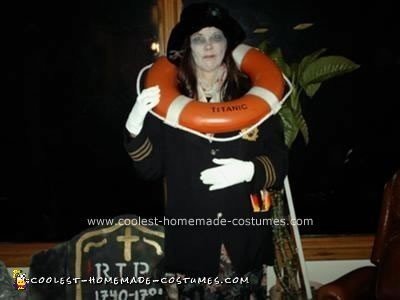 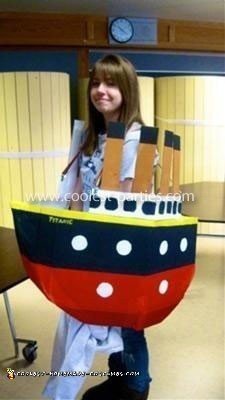 This spectacular homemade Titanic costume is flawless. Hard work, sweat, and tears were just a few things that was put into this 6 hour project. The paint job correctly corresponds how the real Titanic looked 99 years ago. Suspenders clip on the inside for easy take-on/off ability. They also create a bouncing affect when walking, … Read more 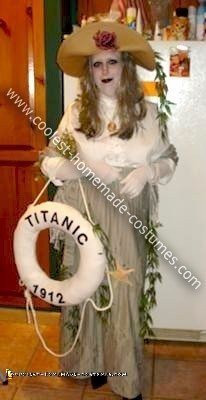 With this Titanic Ghost Halloween costume, I felt like a celebrity. I attended a Halloween party at the local fire department and won “Best Costume”. Everyone was taking my picture! I decided to make the life ring first, because that was the hardest to figure out how to give an authentic look. I bought a … Read more 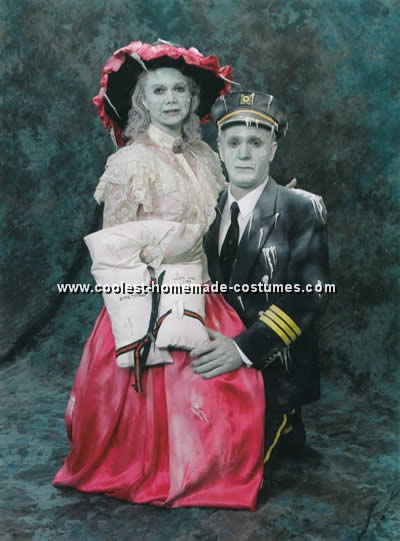 My husband and I came up with these costumes because of our love for cruises and Halloween. We even got married at Halloween time so we could celebrate our anniversary and Halloween at the same time. People stop, stare and whisper when they see us dressed up. Many are even too scared to talk to … Read more