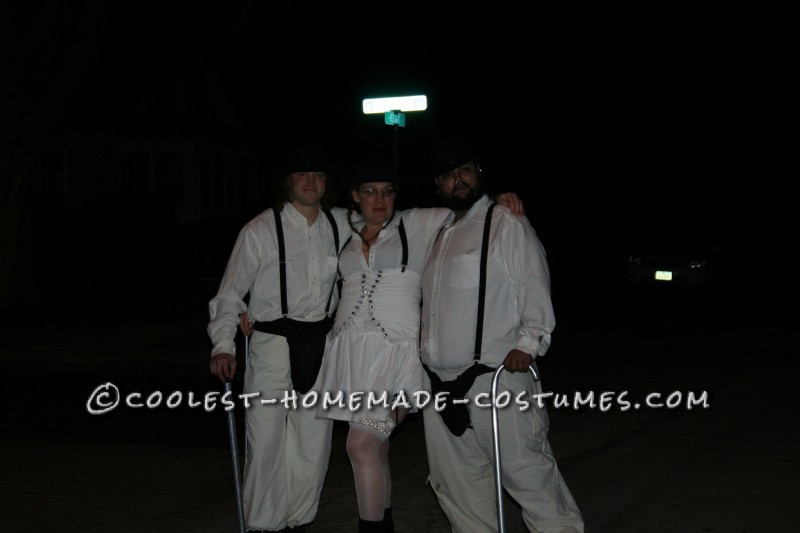 The idea for this Clockwork Orange group Halloween costume came from my friend (Aaron) and my favorite cult film. My birthday is on Halloween and we wanted to do something new and different. Thus the idea of A Clockwork Orange was born. Aaron thought this would be a great group idea. I searched online for jumpsuits … Read more 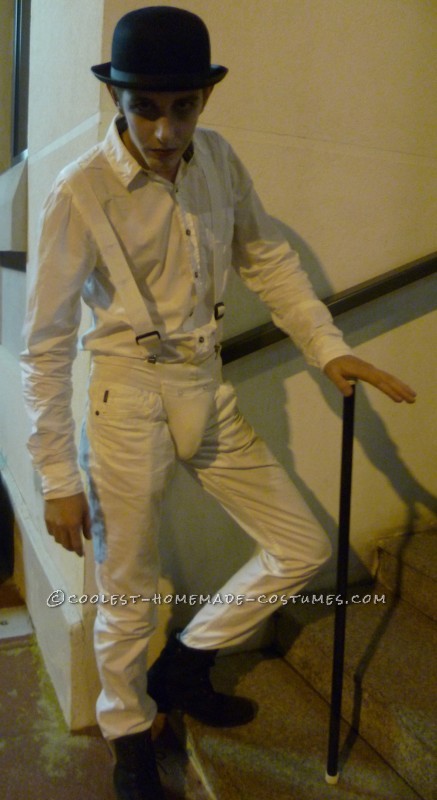 As this film has a curious plot and an extravagant cast of characters, a droog costume seemed fitting for this Halloween. I’ve had this costume since last year but hadn’t tried it with this make-up before and worked a treat! (or trick) I bought the bowler hat, groin-guard & bracers online for a total of … Read more 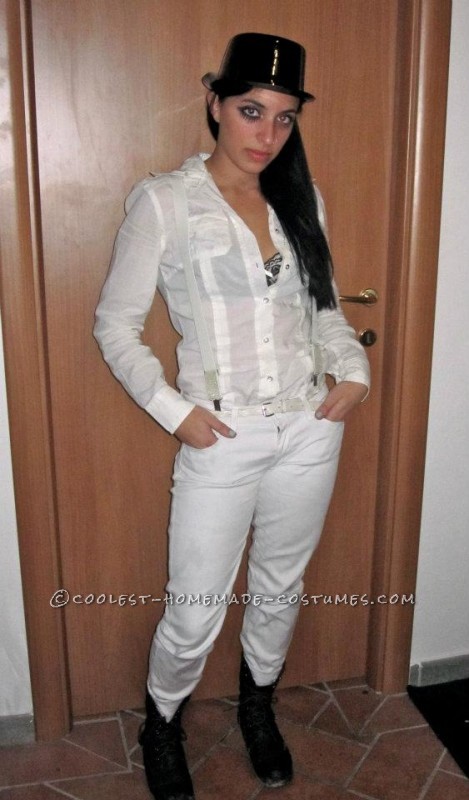 I was in Florence, Italy for Halloween last year and they’re not big on the holiday over there so costumes were rare to come by. I decided to put my own together and I always loved the outfits from A Clockwork Orange so I decided to be the girl version of Alex from A Clockwork … Read more

I really enjoyed the movie Clockwork Orange and I had always talked about dressing up as the main character for Halloween at some point, but never really got around to putting it all together in time year after year. This year though, Halloween is on a Friday and there are lots of parties, so I … Read more 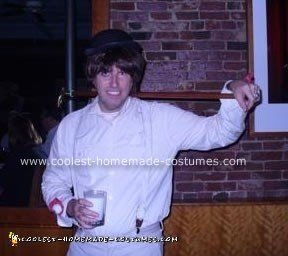 Alexander DeLarge from the movie “A Clockwork Orange” is one of my favorite costumes. Most of this Alex DeLarge from A Clockwork Orange Costume was assembled from items I already had, and I only required a few bits and pieces from the stores, but just about everything is very common and easy to find, especially … Read more 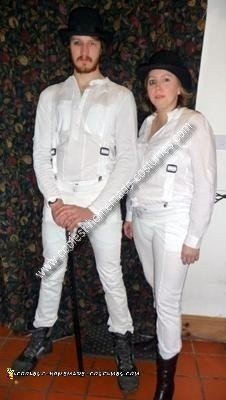 My cousin was having a Heroes and Villains party and we decided to go as Alex DeLarge from A Clockwork Orange. Originally Scott was going to go as Alex and I was going as a droog, but we thought it would look better if we both went as Alex. I’d never seen the film but … Read more 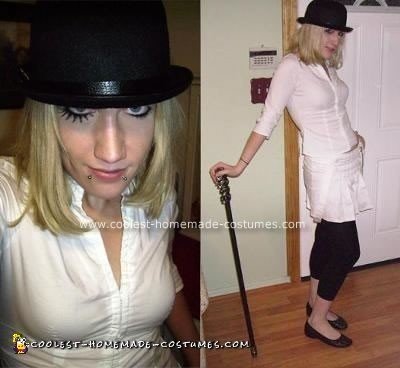 This is a costume I have been wanting to do for a couple years now so I just went ahead and did it this year! I’m into a lot of obscure movies with Stanley Kubrick’s Clockwork Orange being on the Top 5 list. I wanted to do a female version of Alex which was a … Read more 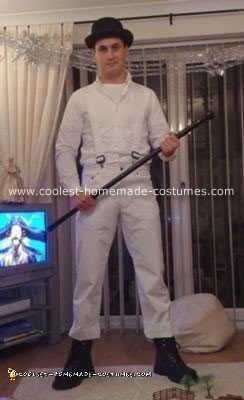 Like the others, I also had wanted to do this costume for a while. I am a big fan of the film, so for a NYE heroes and villains party I decdided to go all out on it. The shirt was an old white creased shirt I’ve had for a while, the trousers i got … Read more

I really like getting into character for Halloween. Rather than going to a costume shop and picking something off the shelf, I like to think about movie characters that have intrigued me or other ideas that you might not see on a regular basis. I love going to thrift shops and pulling the pieces together … Read more