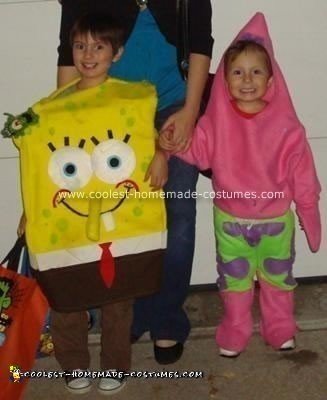 My son wanted to be Spongebob for Halloween and I thought it would be cute for his brother to be Patrick Star! I looked at lots of ideas online for Homemade Spongebob and Patrick Star Costumes and decided the easiest thing would be to buy some yellow and pink fleece and attempt to put something … Read more 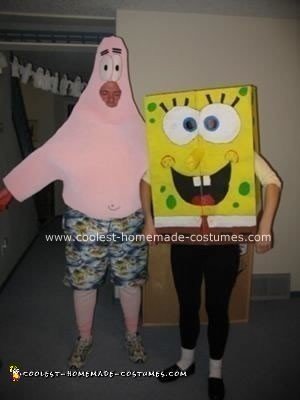 This is me and my wife in our Homemade Sponge Bob and Patrick Costumes. 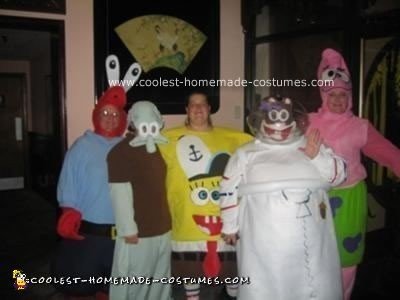 My friends and I decided to do a group costume. I am the only one that sews so I was nominated to make the Sponge Bob crew. I sewed Sponge Bob from some discount yellow fabric. The person wearing it really wanted her head to show so that is the look we went for. The … Read more 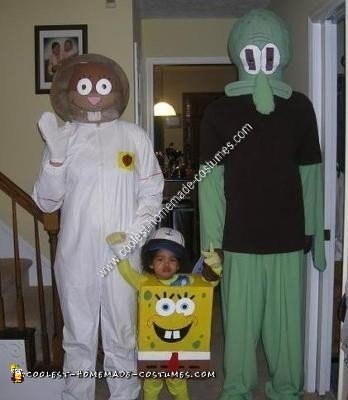 SpongeBob: He was made out of a cut down refrigerator box from a local Lowe’s… got that for free :) He was painted with regular acrylic craft paints and I added some dimension by cutting his belt, tie, eyes, teeth, etc out of cardboard and gluing them on. Underneath we put my son in some … Read more 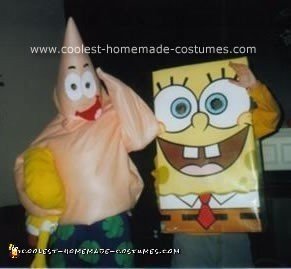 Here are my versions of homemade Spongebob and Patrick costumes. Very easy to make both! Spongebob is basically a giant box with a poster taped on the front. I painted the back yellow, added the shoes to match, and am wearing a yellow shirt. Patrick was a little more complicated. He is made 100% out … Read more 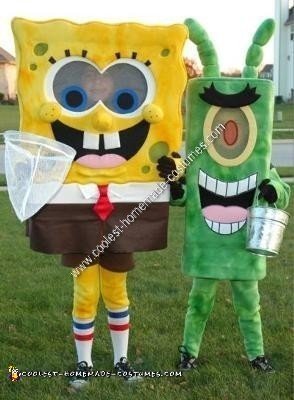 When my daughter decided that we would dress up in Spongebob this year, I just couldn’t find the “perfect” Spongebob costume anywhere. My son, the little character that he is, decided he wanted to be Plankton, because he is EVIL, ha. Well, forget about trying to buy one of those. So being the crafty person … Read more 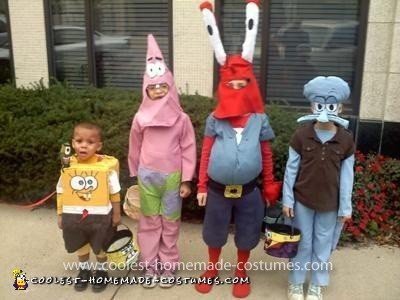 Every year my children want to be something great for Halloween, however I have 4 kids so buying 4 costumes is not in my budget. I decided I would start making their costumes, they pick what group they go as and then I make all 4 costumes, we always go as a group. Last year … Read more 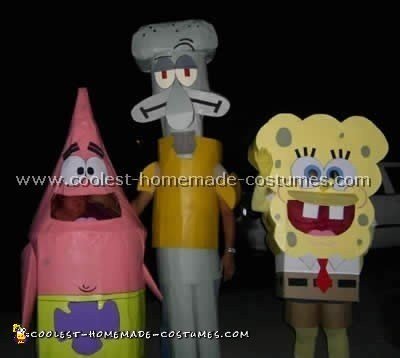 My Sponge bob costume idea came about because my nieces of four years and two years of age love SpongeBob. I decided to make a dream come true for two special little girls in my life. Up to a challenge and about two weeks of work I came out with costumes in which my nieces … Read more 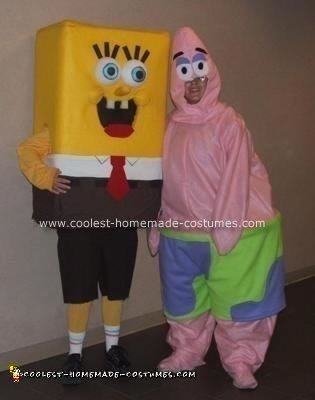 We wanted to dress up as Homemade Spongebob and Patrick Costumes. The ones that they sell at the store are lame. We used PVC pipe to build the frame for Spongebob. Then we covered it thin foam . On top of that we layered it with yellow fleece. Then finished it up with details. We … Read more