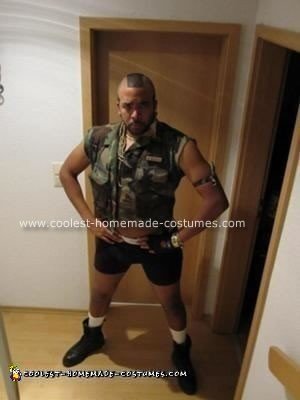 I cut my old BDU (Battle Dress Uniform) top at the mid section and made it ruff edge to give the “just torn for war” look. The gold medal on the top is supposed to act as my rank, I only rank in gold FOO! The rank is actually my wife’s gold played lipstick case … Read more 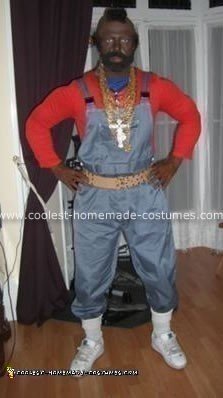 I couldn’t find anything online that looked remotely original, so I had to try and get all this Mr T Costume together myself. I bought a latex head cover and a regular wig, cut out the Mr T hairstyle then trimmed the wig down substantially. For the dungarees I got some white ones and dyed … Read more 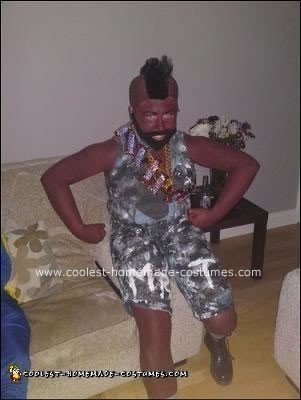 This year I decided to show my sense of humor and go in a Homemade Mister T Costume. I am actually a girl. I bought a bald cap with a mohawk attached and painted it brown. I also brown-toned my skin. I got an old denim waistcoat and jeans and painted them in camouflage. I … Read more 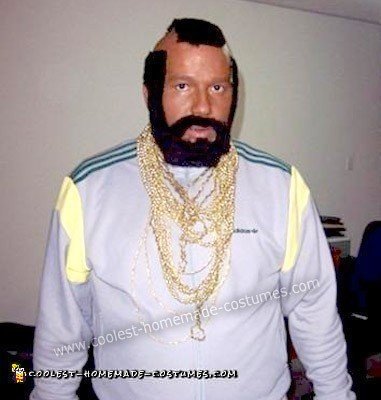 For my Homemade Mister T Halloween Costume, I bought black furry material and some brown skin tone.I also purchased some strings of gold beads. After 3 attempts at making a beard and mohawk, this was the end result.

I’ve been planning this Homemade Classic Mr. T Costume for about 6 months, and made sure to try and get the look down perfect. Despite the must items: haircut, and jewelry, I think the feather earrings and overalls put it over the top. It was easy to put together. I just used old overalls from … Read more 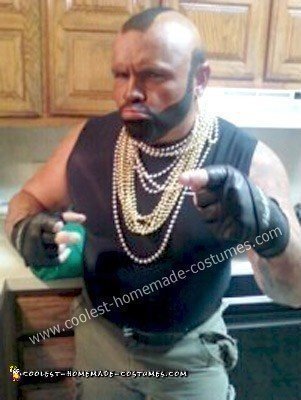 OK Fools… Here’s the “T”! I was sitting around like a fool Friday night wondering what to do for my costume then it hit me, I could be the baddest fool pittier on the planet- MR.T! The main part of my Homemade Mr. T Halloween Costume is ME. Anyone can throw on some black face … Read more 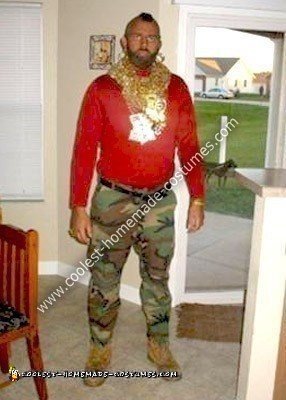 For my Homemade Mr. T Costume, I went to Goodwill and bought the army pants and shirt. I shaved into shape the full Mr. T mohawk and beard. I used black body color and added a bunch of gold chains, rings and earrings. I topped the costume off by talking like Mr. T all night! 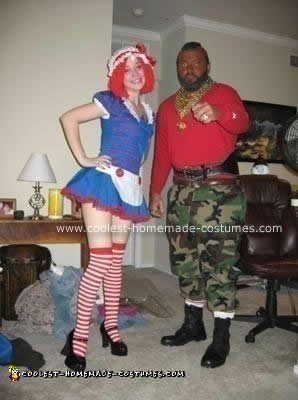 It actually took me almost a month to have everything ready for this DIY Mr. T Halloween costume. The hair was all my real hair I grew it out and then shaved it for the costume the beard was also real. To actually apply the make up and get the costume ready to go out … Read more 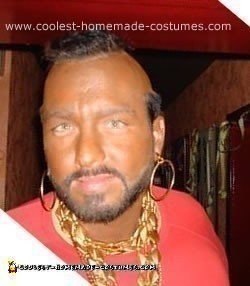 I live in Cologne, the central point of the German Carneval. This season my friends and I threw a costume party. Everybody had to dress up like a star of TV series. So I had the idea of a B.A. Baracus Costume. I bought a lot of fake gold items and – really – cut … Read more 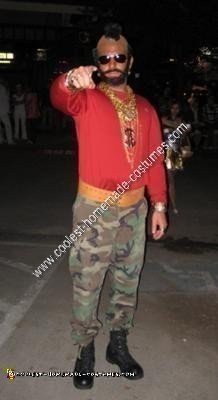 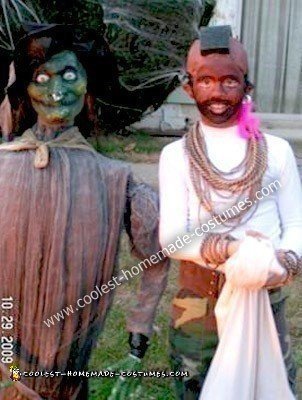 I PIDDY THE FOOL. This homemade Mr. T costume was a BLAST! Everyone stopped and spoke to my son over this costume. A few younger kids didn’t know who Mr.T was but the older children and adults loved this costume. My husband and myself were “A” team fans and I guess we have passed this … Read more