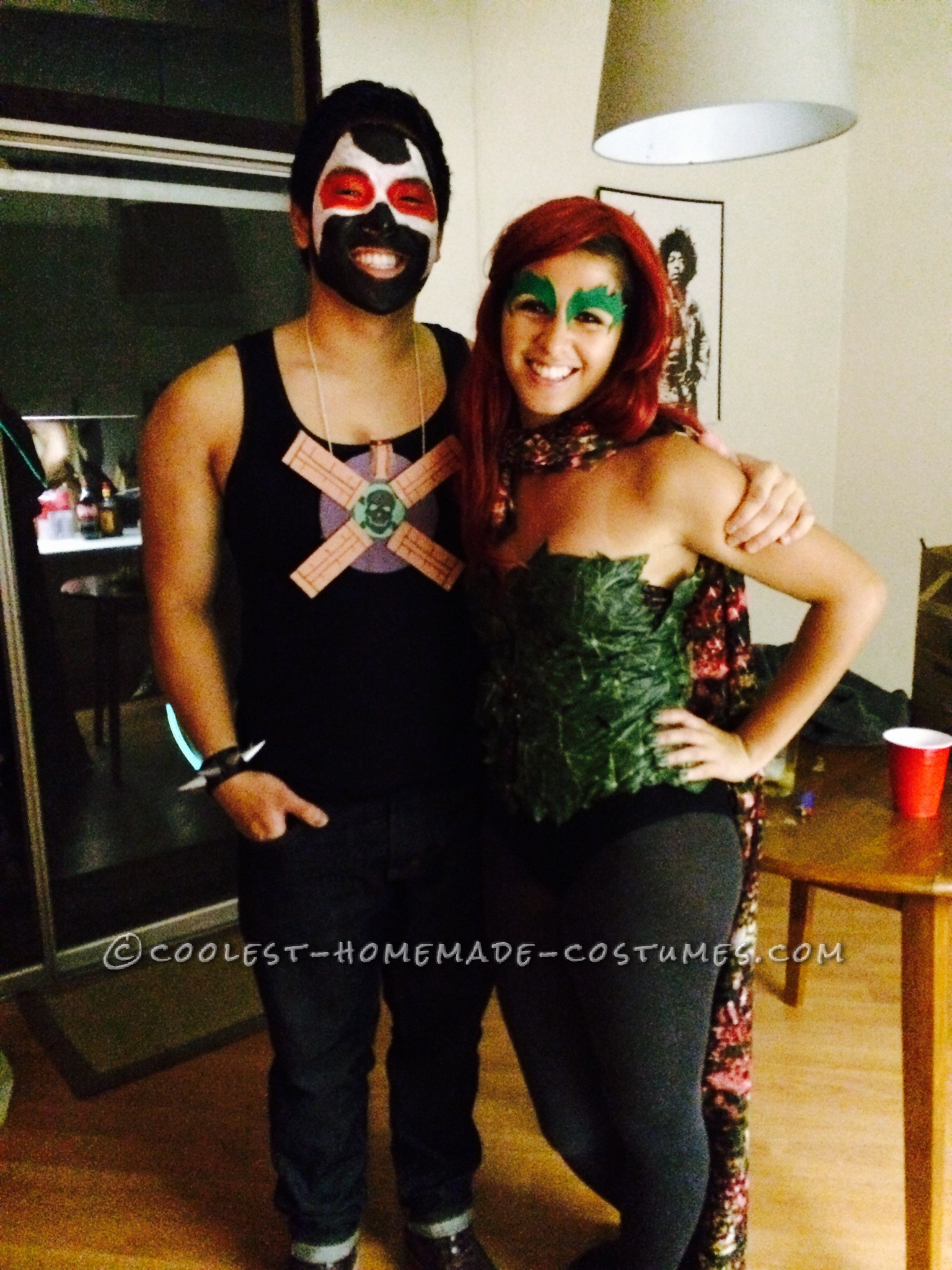 I knew I wanted to be Poison Ivy for Halloween. Since my boyfriend and I always dress up together, he agreed to be Bane to complete the look! At first I thought I was just going to do this costume as fast and easy as possible. I originally had planned to just buy a green leotard and glue a few leaves here and there. I quickly got very into making this costume and decided to go all out!

I started off by using a strapless leotard that I had lying around the house. I then started hand-sewing plastic leaves onto the leotard. This was the hardest part of the costume, as it was very tedious and took forever! I had to sew one leaf on at a time to really make sure it stayed in place. I also had to place all the leaves in different directions so they l fit correctly and covered all of the fabric that was underneath. Since the material was very stretchy, I had to make sure I was stretching out the material as I was sewing the leaves onto it, so that I would be able to get the costume on me when it was done! I ended up cutting the front of the leotard and putting clasps into it so it would be easier to take on and off. After I did this, I sewed more leaves on the front to make it look like it was one piece instead of cut in half. The hard part was now over!

Next came the eyebrow pieces. In order to make them, I stenciled the shape I wanted onto paper. This took multiple attempts as I had to keep adjusting the size of it to fit my eyes correctly. I then traced the stencil onto the cardboard from a cereal box. I used green paint to cover it and then used eyelash adhesive to stick it onto my face. The cape was also homemade. I bought the fabric from a fabrics store and just sewed the ends to make it look like a cape instead of a strip of fabric. I bought the red wig and styled it to look how I wanted it to. I added tights and voila!

The Bane costume was much simpler. For the clothing he used a plain black tee and dark jeans. The center piece he made out of paper and cardboard and drew the skull in the middle. He then made the bracelets out of a long strip of choker material and attached glowsticks from them to the back of his shirt. He painted the mask on himself, which was probably the hardest part for him. It came out real well I have to say!

The theme would not be complete without a Robin, so I dressed up my dog! I made her bodice out of a red skirt that I cut and velcroed so it would be easy to get on and off her. I then made her yellow cape out of the back of a yellow shirt and fastened that around her. I made the R for Robin out of cardboard and used string to hang around her neck. Perfect!

We had a friend dress up as Batman to give us a complete group theme.  His costume was not homemade, but it was fun to have a Batman there! 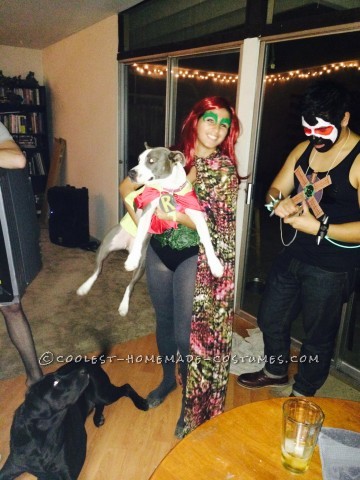 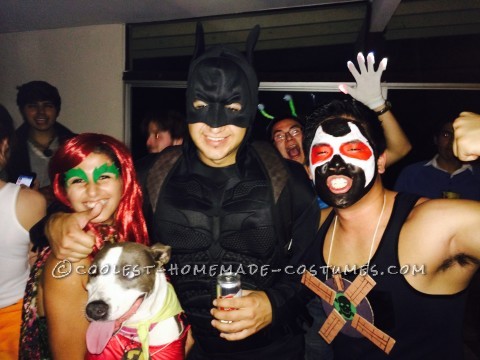