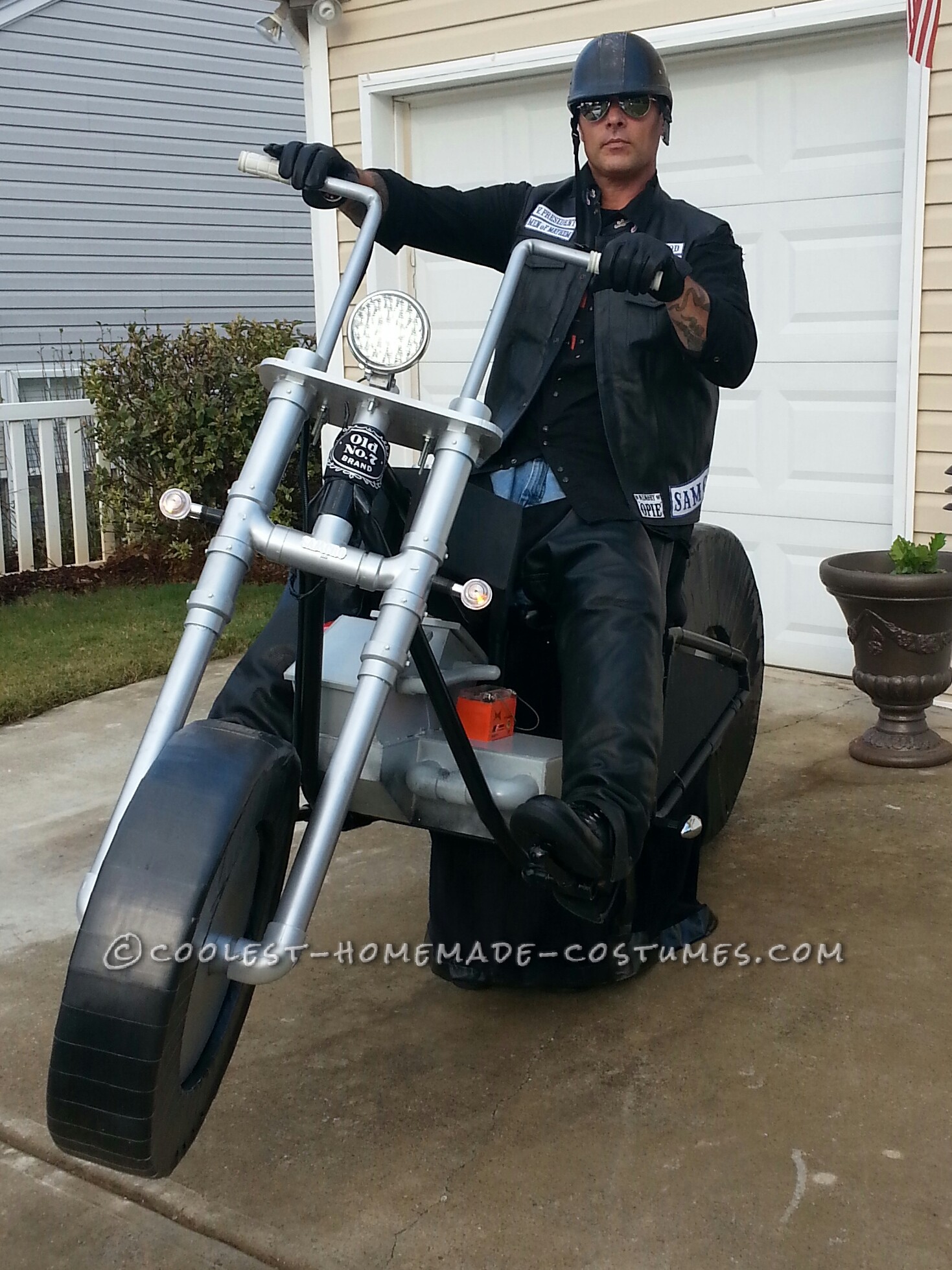 This is my Sons of Anarchy Motorcycle Illusion Costume complete with working lights ( that come on with the push of a button ), moving front steering, and rotating wheels! I have been thinking of making for the last two years, and is based on both my love for both motorcycles and a popular FX TV show called “Sons of Anarchy” (the vest is custome made). But I didnt want this to be a rip off of some other illusion costume that could be found on the internet. The most important thing to me was that it was an original ideal of my own that no one had ever seen. Yes, it took me over two months to get it right and it represents several (daily) trips to the home improvement stores, so I am glad I started early.

Somehow I never thought it was going to turn into the eight foot monstrosity that it did (maybe I was just winging the whole thing) <<< I do that alot when I get an idea in head… I just go with it! Thankfully it turned out as well as it it did… Proven to me by all the people that saw it, their comments and all the pictures that people took of me with their kids while I was in it.

It actually isn’t real heavy and can be picked up with one hand in the right place. It is worn using tie down staps that go over my shoulders under the shirt and vest.

I completely fabricated this costume one hundred percent by myself from these raw materials (and a few things from ebay):

When I made it I really never thought what I was going to do with it after Halloween, but like I said… it does represent 2 months of my life… So now I have to figure out how to get it into the attic. 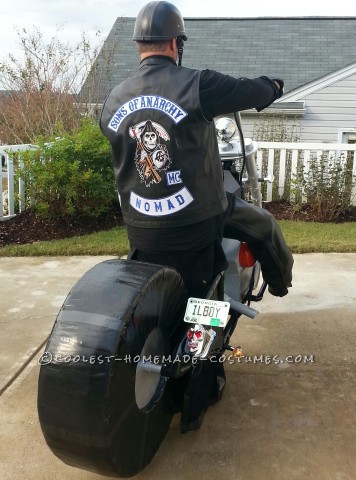 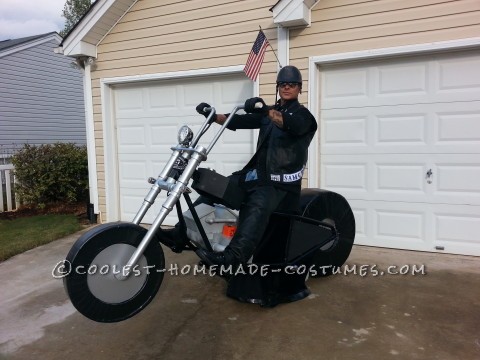