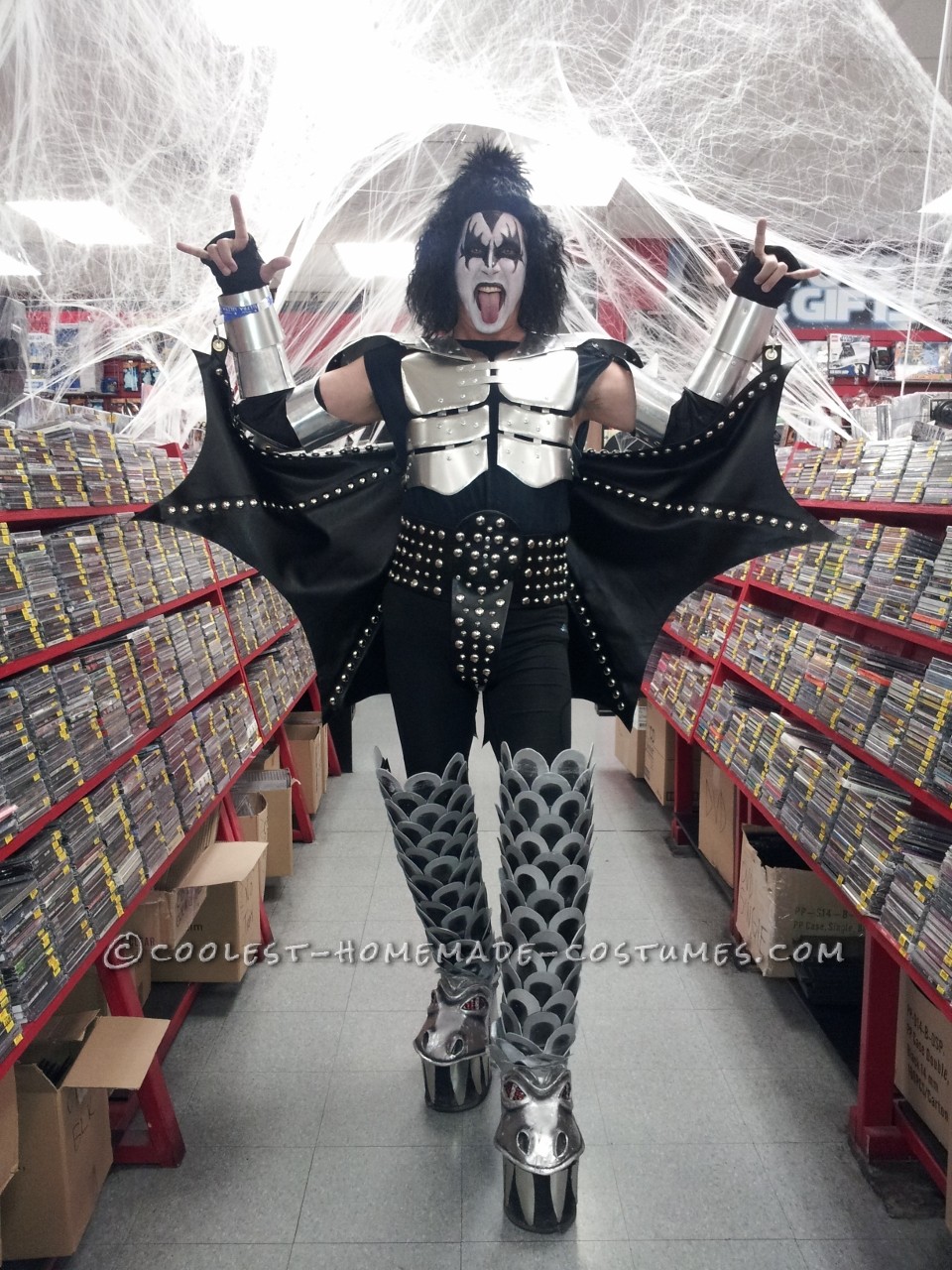 The idea and inspiration for this costume came from my daughter who enjoys trick or treating and one of my favorite rock ‘n’ roll bands, KISS. So the first year was just to get involved, makeup and a wig. My daughter and I had such a good time, it was then I decided to actually make a costume to go along with the makeup. Gene Simmons has had so many outfits over the years, but which one? I thought, how cool would it be to dress up in spiked armor and dragon boots, from the KISS album cover ‘Destroyer’. With each Halloween came another piece, 4 years later…it’s finally finished :).

The construction of the costume:

The Armor: Sheets of aluminum were cut out, shaped, and riveted together.

The Spikes: Cardboard, cut, folded, filled with hot glue, painted silver and attached to the armor with bolts.

The Cod (waist piece): Leather and studs, it wraps all the way around my waist and is attached with velcro.

The Dragon Boots: took regular boots and converted them to platform style by cutting out wood planks and attaching them to the bottom with 6″ screws, the dragon head base is made from a 1 gallon milk container and covered with paper mache and clay. I then painted them silver with some black highlights via airbrush. The eyes are filled with jewels that I got from a craft store and the teeth are from the same aluminum as the armor.With the boots on I’m 7′ tall.

The Dragon Scales: Foam sheets 1/8″ thick, cut out, painted silver and black, attached to black shelf liner. The scales also wrap around leg and stay on with velcro.

The Bat Wing Cape: Leather and studs, drawn by hand, and made to fit my dimensions.
So every item was hand crafted except the wig. (Made by me in the U.S.A.)

I never intended to go this far with the costume in the beginning. But after being bit by the crafting bug, I was determined to finish what I started. Countless hours of cutting, attaching, shaping, folding, painting and waiting for pieces to dry. I think my costume should be selected as the winner because of the dedication, passion and attention to detail that went into making it. My number one inspiration is my daughter, if it wasn’t for her, I would have never gone on this journey. Thank you for your time and consideration. 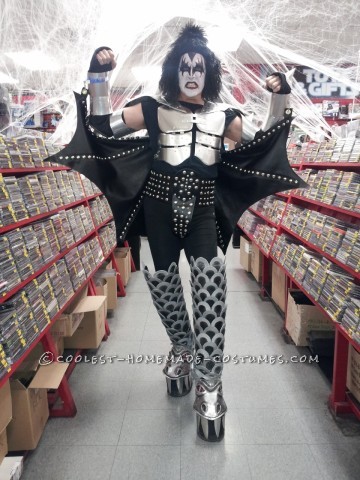 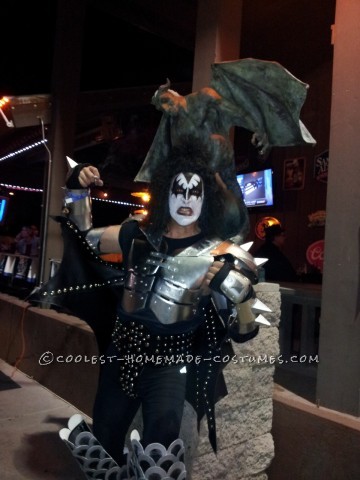