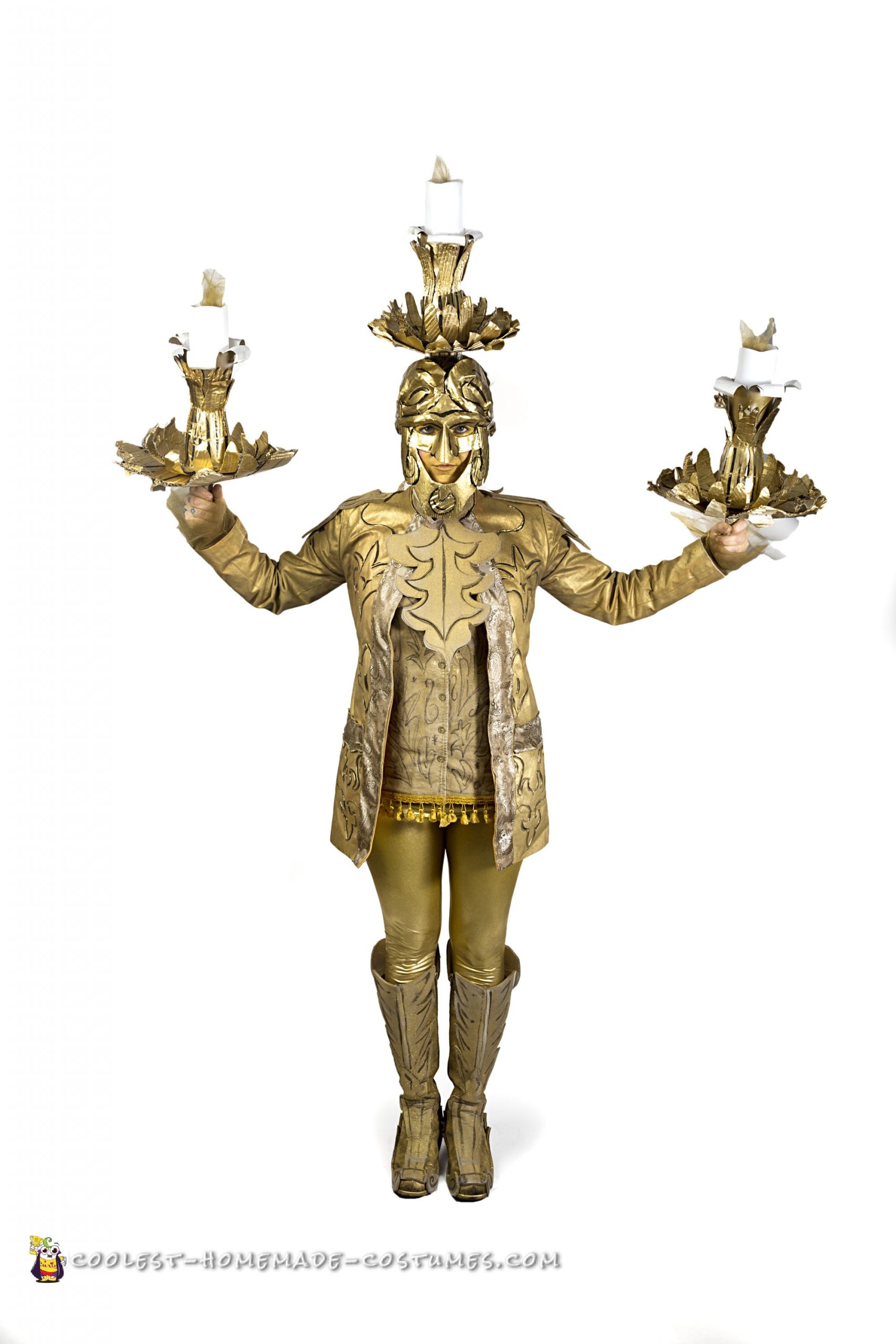 While watching the newest version of Beauty and the Beast this year, I was struck by the characters and their extravagant costumes (or potential for costumes), specifically those whose character transitioned from houseware to human and vice versa. I knew that I had to make one come alive for myself this Halloween.

I studied the individual visual aspects of Lumiere (and his Plumette) from Beauty and the Beast character the most as he seemed to entertain me the most. I kept a couple of my own rules in mind while deciding on how I would recreate his get up. One, I had to keep under a budget of $100. Making the most out of recycled materials was key. Two, although I wanted to keep a handmade quality, I also wanted to stay as authentic to the character as possible. Third, I wanted to make sure and keep all possible appendages busy, utilize my body as much as possible.

I made the majority of the costume out of papermache and cardboard. The headpiece, attached to a headband with a tie, the handles (not attached), and the mask were made of layers of different types of cardboard, paper, and cups. The pieces were all hot glued together and spray painted the same gold. The candles themselves were battery-powered and attached with velcro, so they could be turned on and off with use. All the clothes were secondhand pieces embellished with hot glue, painted, and drawn on for detail. The boots were bought and embellished with foam fabric to create structure along with the tie. My face and hair were completely gold as well. After deciding I needed a date, I made my Plumette out of balled newspaper and papermache. Structural fabric and tulle were added to the bottom instead of real feathers. It was painted white and details were drawn on. I added feathers to the head, sequins as eyes, and stiff fabric as wings. Plumette was tied to my arm for the moments in the night when I needed a dancing partner.

I went out several nights in costume. Naturally, the lovable character of Lumiere attracted a lot of attention. He is quite entertaining since that is what he does. I sang the song “Be Our Guest” and took lots of photos with Beauty and the Beast fans. Making others smile and laugh was the best part. Keeping the accent was the hardest part. My French needs some help. I still placed in several local contests though. It was a really exciting Halloween and as always a worthwhile experience in creating an elaborated costume transforming what I’ve seen on the screen. 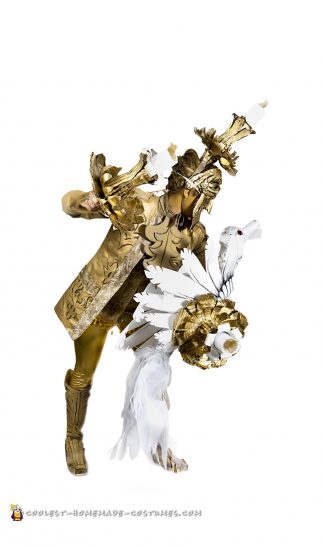 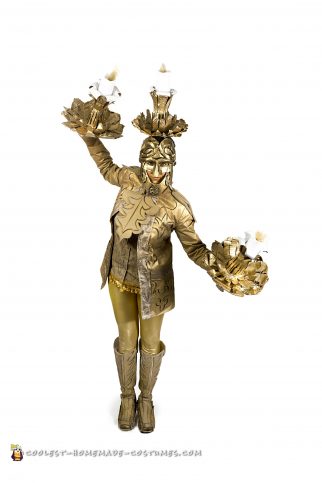 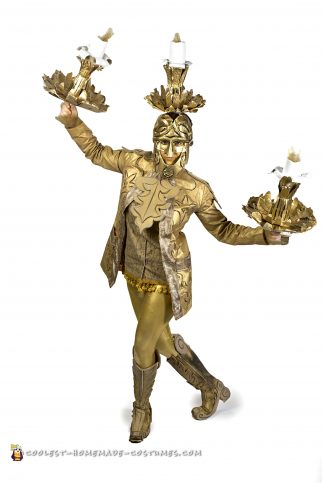 Beauty and the Beast with Baby Lumiere Family Costume