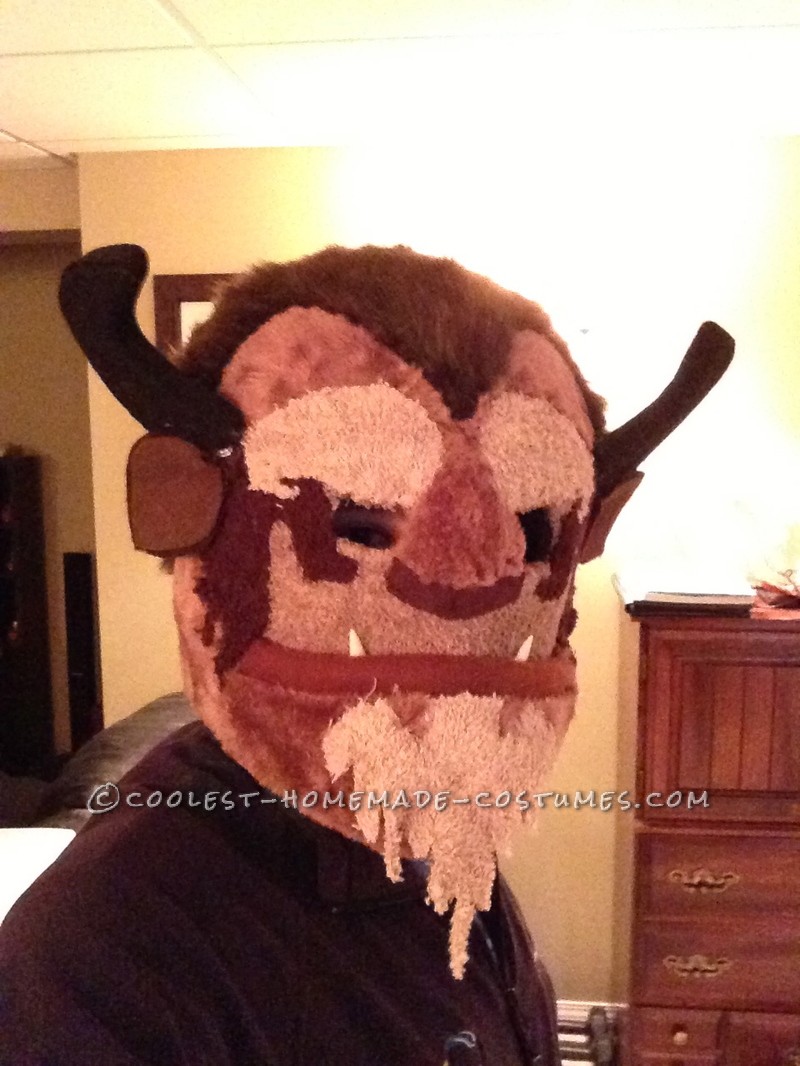 This year (2012) my girlfriend and myself decided couples theme as Beauty and the Beast! We bought our costumes from a Cosplay site, but I handcrafted the beast head-which is clearly the most important part. I had to re size a few things on the costume that was sent, such as the sash on my waist line, we had to cut about 2 ft off of Belle’s dress, we installed hooks onto the back of Belle’s dress so it would stay up at her shoulders.

I added a jewel and sewed and re sized the poof on beasts neck. Starting with a BMX helmet, I bought more fleece blankets from Walmart and holtglued/sewed it into the helmet. I designed a cardboard face piece that wedged into the front and I covered that with a towel. I added eyebrows and side hair using a towel and matching threads. I brought the fleece down onto the nose, and used the edging of the blanket for the lip and nose detail.

I bought some fun fur from Fabricland for his hair, and I used crenilin (don’t know if I spelt that right) for the eyes. I took foam core and felt and made ears and horns and hot glued those onto the head. I took vampire teeth and cut out the fangs, hot glued those on as well. The hands were brown winter gloves that I glued felt fingernails to, and the feet were brown shoes that i strapped fur onto, and glued toe nails made from felt as well.

Total won from contest was 250$ 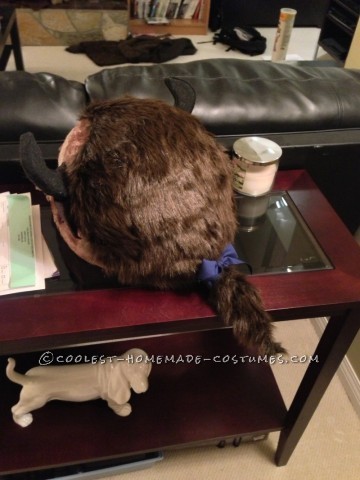 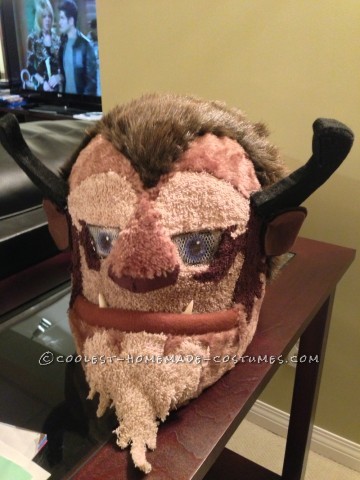 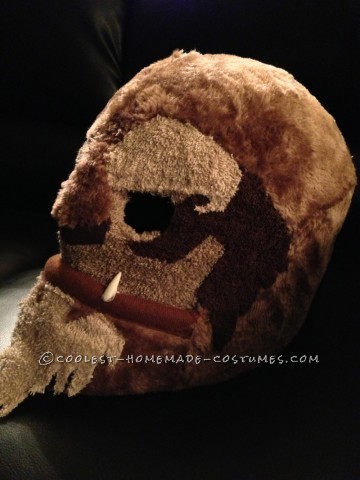 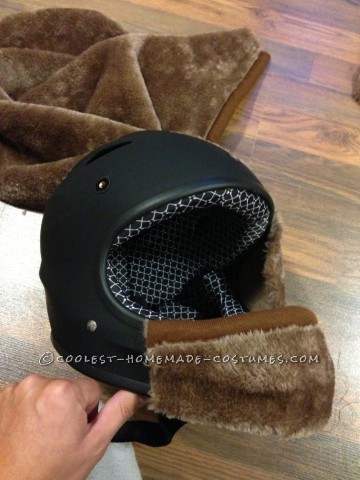 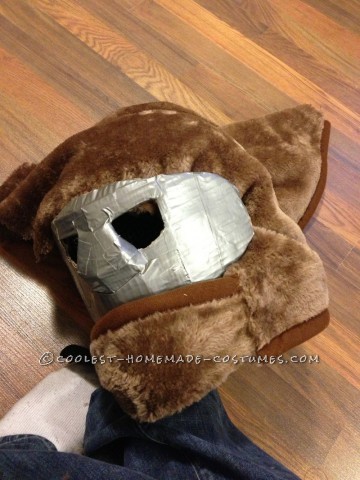 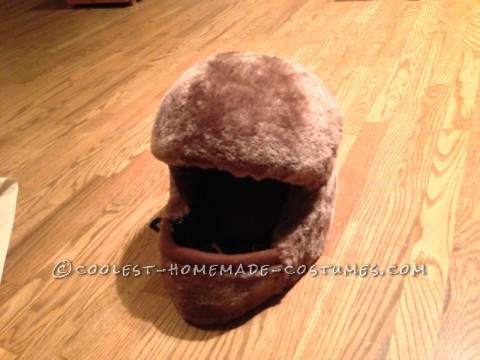 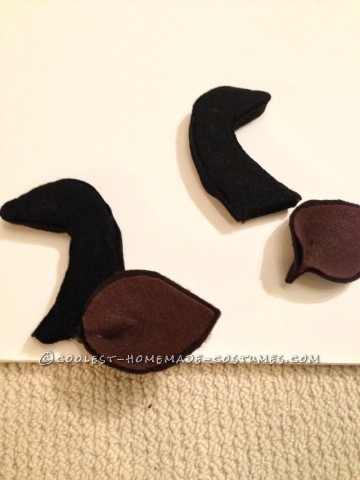 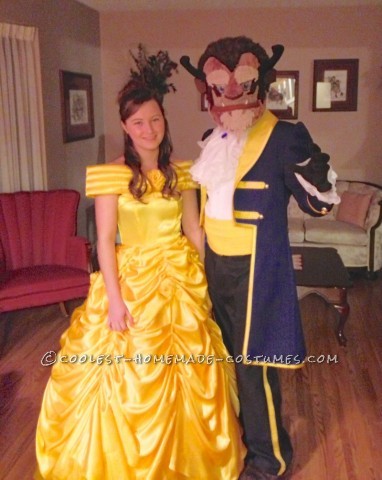 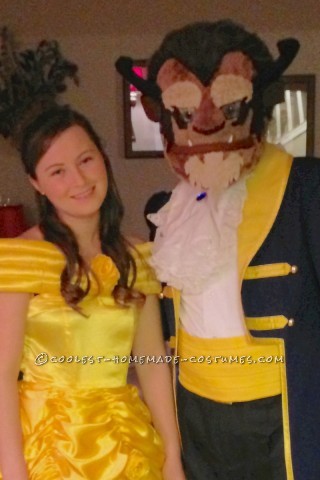