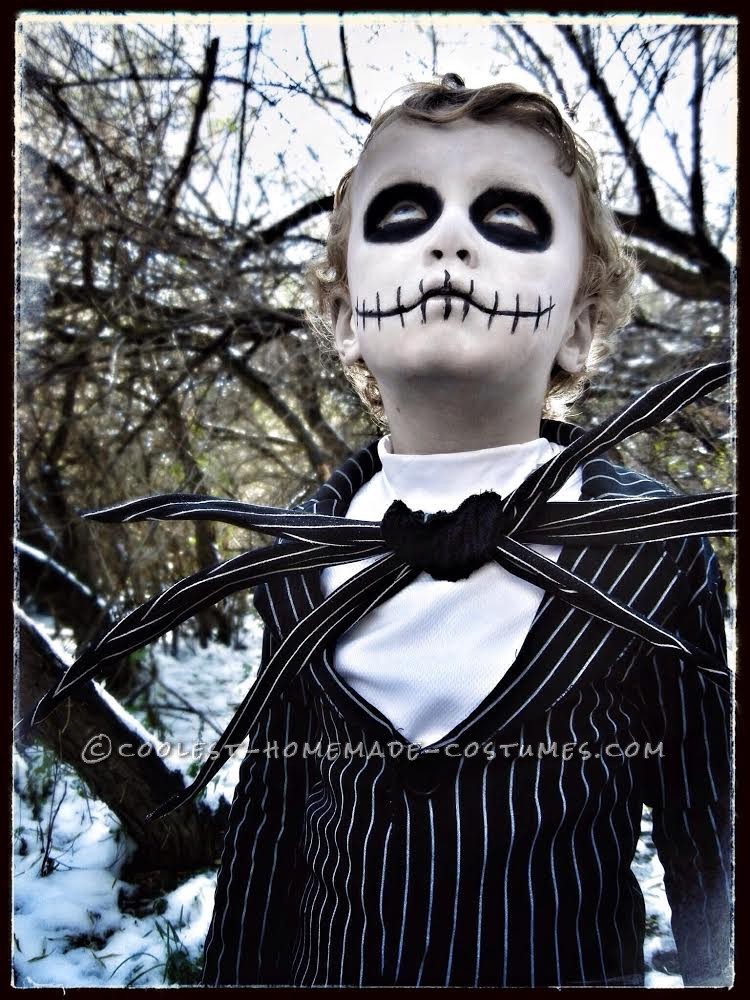 My son absolutely loves the movie “The Nightmare Before Christmas.” We watch the movie at least once a week, sometimes up to three times in just one day! So of course He decided he wanted to be Jack Skellington for Halloween.

I looked everywhere and was unable to find a costume to purchase, so I decided to make it myself!! I found a gangster costume that was 2 sizes too big and used the pinstripe fabric from that to create the jacket and pants. I kept the collar of the jacket from the gangster costume in place then took it in so that it would be very form fitting. I made the pants so they would be firm fitting too, since Jack Skellingtin is very tall and lean. He is a skeleton after all! Then with leftover material I started the coat tails!

I began by cutting out pieces of fabric about a foot and a half long and about two inches wide. I cut six pieces like this. I then cut the pieces in half from one corner to the opposite corner making triangular pieces. Then I took two pieces and sewed them together leaving the wide end open. Then I repeated with the remaining pieces until I had a Total of 6 coat tails. I then took wire and put it into the openings of the coat tils then sewed them to the back of the jacket. The wire making them bendable so they could stick out and be twisty! Then doing just about the same I made six more pieces for the bow tie. I cut out about six layers of black fabric in the shape of a bats head and sewed them together for the middle of the bow tie. Then sewed the six wired pieces to the back of the bat head. I sewed Velcro to the back of the bow tie and to the front of a white under shirt. This way the bow tie is easily put on and taken off. Then some skeleton gloves bought at Walmart and some black and white face paint to finish it up! 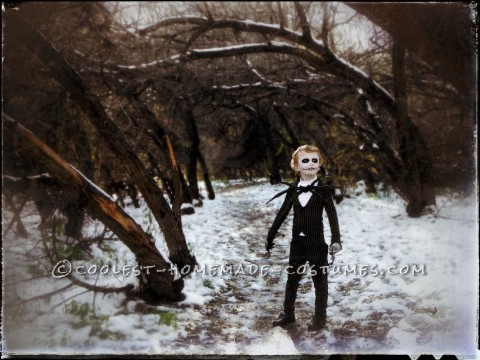 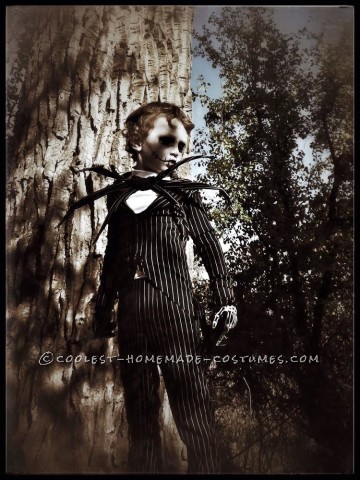 2 thoughts on “Amazing Jack Skellington Costume for a Boy”