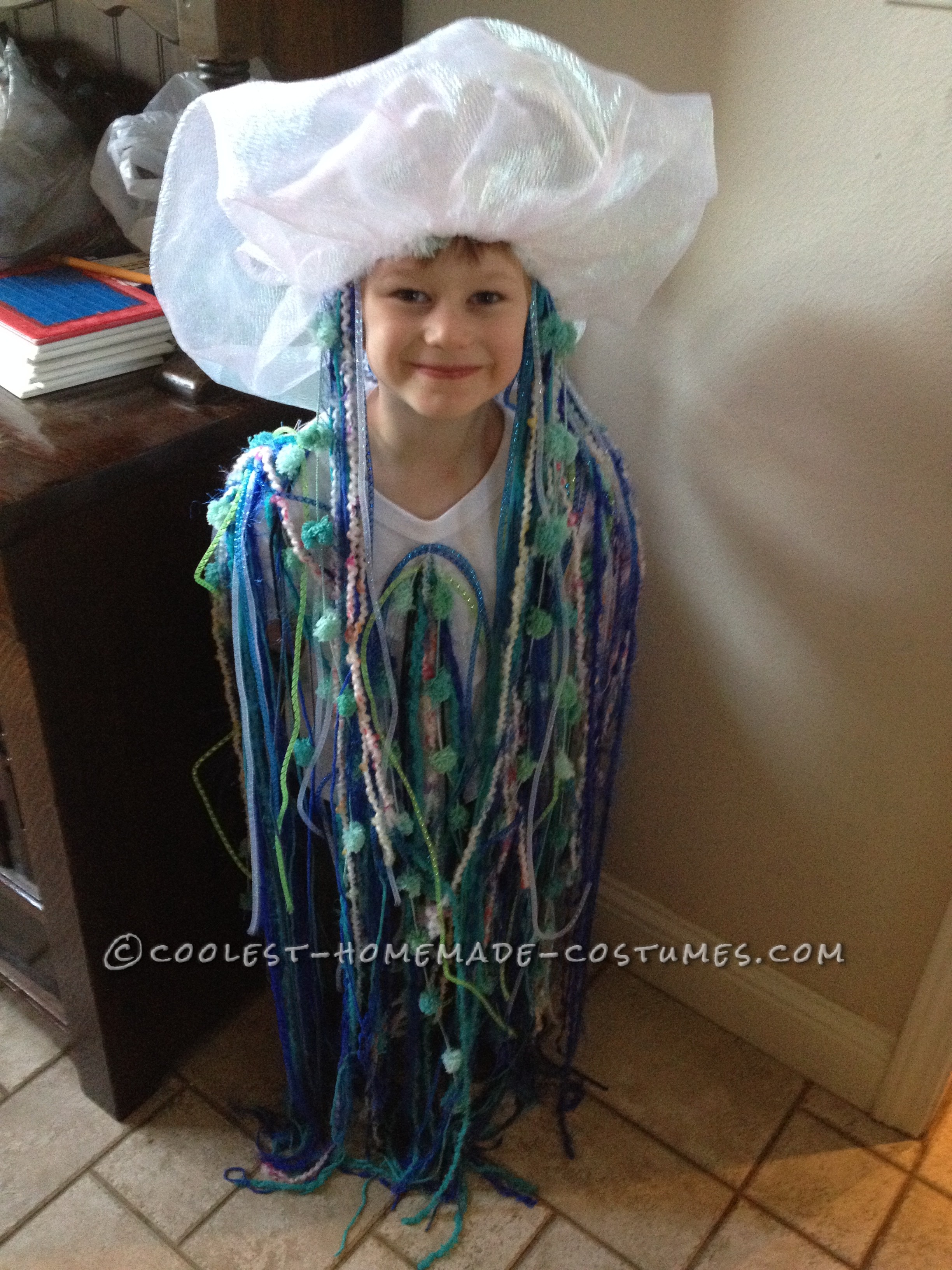 While my 4 year old was getting ready for bed one night, I inquired about what he wanted to be for Halloween this year.  Without hesitation, he said that he wanted to be a Venus fly trap or a jelly fish.  So I set out to make this happen.  After a walkthrough of the craft store and the realization that greenery is way too expensive, I decided to make the jelly fish.  Not to mention, I envisioned him as a jelly fish being much cuter than a fly eating plant.  For the jelly fish, I purchased a child’s white chef hat, 1 white t-shirt, 1 yard of iridescent lame’ fabric, craft tubing in various colors, and yarn in various colors and textures.  All of the supplies cost less than $20 and I managed to get them all at the same craft store.  Because my little one is very rambunctious, I opted to use a sewing machine.  However, this could also be done with just a hot glue gun and some scissors.  As a bonus, this adorable costume was done in just a few hours.

Step 1.  Cut a large circle out of the iridescent lame’ fabric.  The circle should be a lot larger than the circumference of the hat.  I sewed along the edge of the circle then pulled the bottom thread to ruffle the edges so that it then matched up with the circumference of the hat.  I then sewed this poof onto the top of the chef hat and it formed a poof when put on top of the chef hat.  If you don’t have a sewing machine then all you need to do is gather the fabric edges and hot glue to the edge of the chef hat until all of the fabric is attached forming a poof on top of the hat.

Step 2.  I cut various lengths of yarn and craft tubing in different colors, about 3 to 4 feet in length.  I grouped the different colors and textures together in sets of 6 strands or so and folded them in half.  I then stitched a seam down the middle of each group of strands (where the fold is) attaching them to the inside of the chef hat.  You could also just use hot glue to attach them.  I attached 4 sets of 6 to the hat.

Step 3.  Take more of the previously cut yarn and craft tubing and group them as desired laying the strands over the shoulder of the t-shirt so that the front and back of strands hang equally.  I stitched down the shoulder seam on the t-shirt to attach the yarn and craft tubing but again, you could also just use hot glue.  Then grab the strands again in the middle and stitch them to the front of the shirt.  You can trim the strands to different lengths or whatever your preference is.  I also considered attaching a small plastic tropical fish to one of the strands but never found one that I liked.

Step 4. Put it on and admire your work!  The tentacles cover so much that any pair of blue jeans or blue pants can be worn with the shirt and hat.

This was so easy and looks absolutely adorable on!  He was so excited and quite frankly so was I! He waived his arms up and down like he was a swimming jelly fish.  When he ran around the fabric on the hat moved up and down and the tentacles swayed.  He also had lots of fun pretending to sting his friends with his tentacles. I was so very pleased with the way it turned out.  He got lots of compliments and lots of people asking to take his picture so that they could duplicate the costume next year.  Some kids even thought he looked like the Jamaican jelly fish from the movie Shark Tale.  If you want an easy, budget friendly, adorable costume, then definitely give this costume a try!  There is lots of room for creativity here.

Warning:  The tentacles do get tangled but I was able to run my fingers through them in between each wear.  People who come into contact with this jelly fish will break out into a contagious smile! 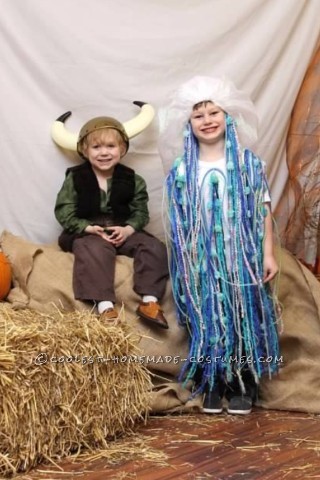 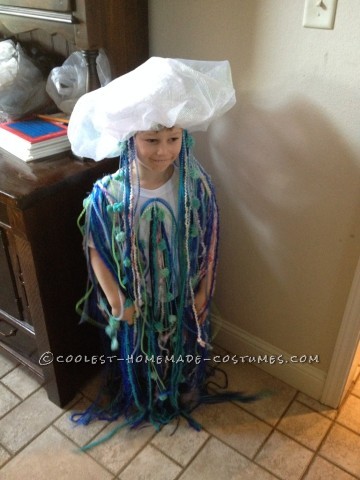