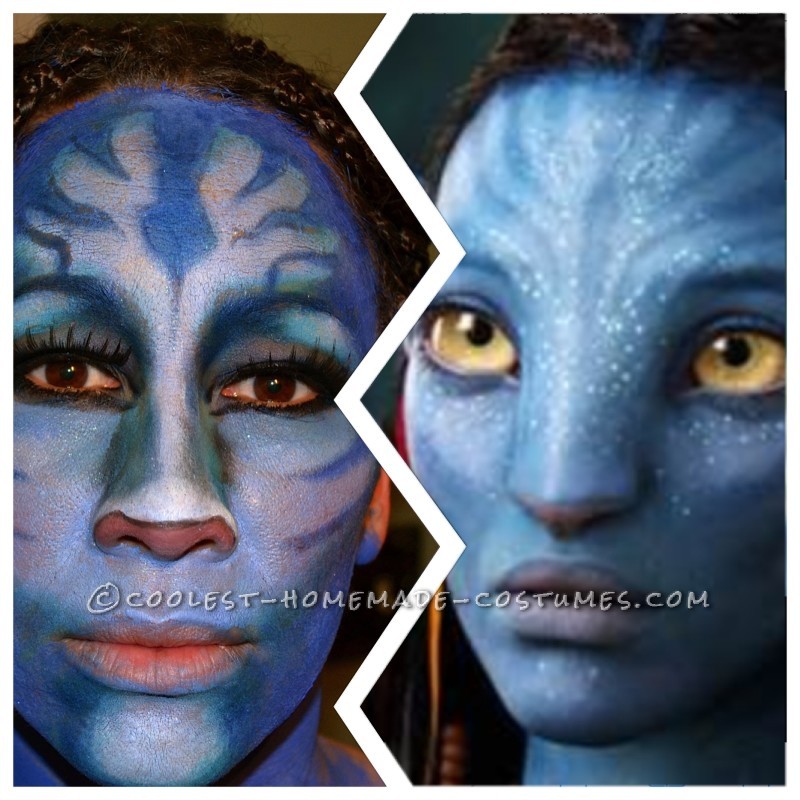 Since Halloween 2013, I have been creating Neytiri. I was inspired by the movie. I bought a full bodysuit in blue from halfway across the globe and went to town modifing it.

I modified the bodysuit by cutting out the chest and sewing in an inner bodylift suit, with bra, to give it more shape.  I added white crafting glue dots over the entire bodysuit to mimic the avatar’s body design. I cut up purple tights to match Neytiri’s.

I made a feather necklace from leather string and hot glue, beaded bracelets, braided belts with added feathers, and braided bracelets for her upper arms.  I made a braided armband from cardboard (as the base) and then hot glued leather braided string to it. I braided some blue yarn to make her belt and glued it together to fit around my waist. I made a pouch to wear across her chest, out of different color strings and blue fabric to represent the pouch she wears in the movie. I made Neytiri’s headband out of a leather belt that I cut up to fit my head circumference and sewed on avatar ears.  I also sewed the avatar warrior design onto the belt for the headband out of cream colored string.  I then hand sewed a “bone” to the middle of the headband.  I cut the wood for the bone from a windchime that I bought from the dollar store.

I decorated Neytiri’s tail with leather string and I bought yellow contacts. It took my days and lots of eyedrops to be able to touch my own eyes to put the contacts in, since it was my first time wearing contacts.

I braided ALL of my hair with extensions (which took me a week) and added a long braided ponytail made from fake hair.  It took me several trys and several reference photos with makeup to get the avatar look right. I hadn’t ever made a full face paint before and wasn’t sure how to work with the paint, so it was difficult for me to get the look right at first.  For days, my family saw me as a blue mess!  Later in the year, I added a foam nose to my makeup to make myself look more like an avatar.  I hadn’t ever used a foam piece before or sticky glue for my face and I was nervous to use it.

I found white flowers at a craft store that looked like the “tree of souls” seeds from the movie, so I cut and glued them to look the part.  I wore Neytiri’s costume to wondercon in early 2014 and enjoyed the comments of how “awesome” my costume was, but since it wasn’t an “original” idea, I did not win anything and I felt like a bit of a failure since all of the other wondercon outfits were so amazing.

I competed in a costume contest a week before Halloween and won my age division. My costume really “wowed” people.  Some people even took pictures with me, but I did not win the overall prize because (once again) my costume was not original. I won a little money but nothing close to the amount of money I spent or the time I spent on the costume. I felt defeated and wasn’t going to wear the outfit for Halloween night, but I pulled myself together and remembered that I didn’t do it for the contests, I created the costume for myself , because I love Halloween and Avatar is one of my favorite movies.

It took me a year to plan and make this outfit, a week to braid my own hair and add beads, and 4 hours to do the makeup everytime I wore it.  I wore the costume 3 times and I worried about the makeup rubbing off and the pieces falling apart all night, every night that I wore it, but everything looked good and everything stayed together. I spent well over $500 dollars to make the costume and I couldn’t count the hours I spent making the pieces, creating the hair, and doing the makeup.

I love Halloween and enjoy having a great costume!  I also loved crafting all of Neytiri’s pieces and seeing the final costume all put together. I am already working on next years costume with the goal of “wowing” more people and not worrying about costume contests. 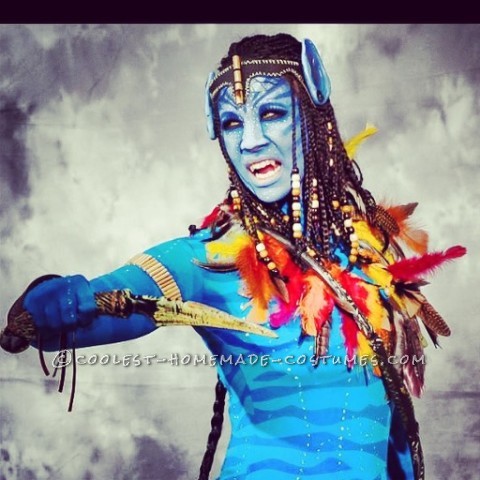 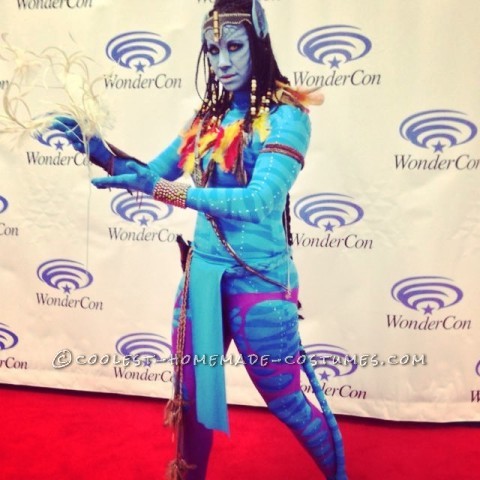 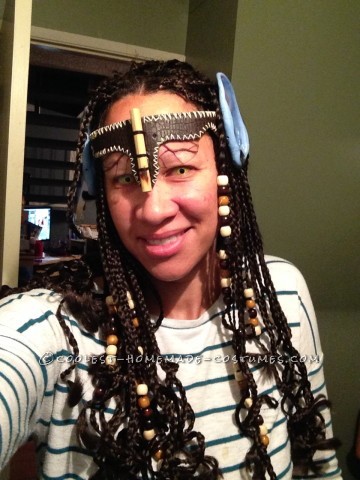 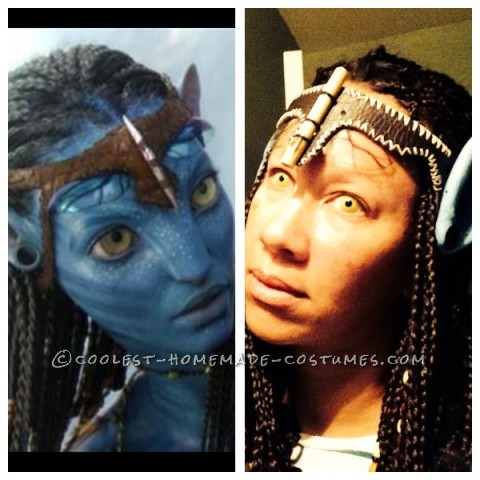 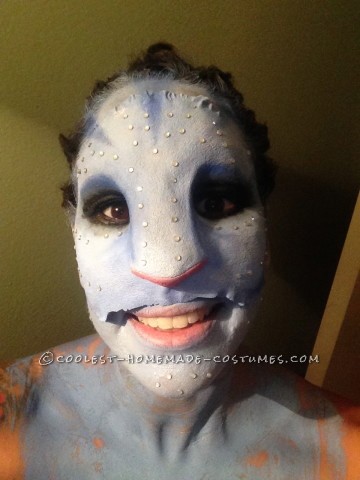