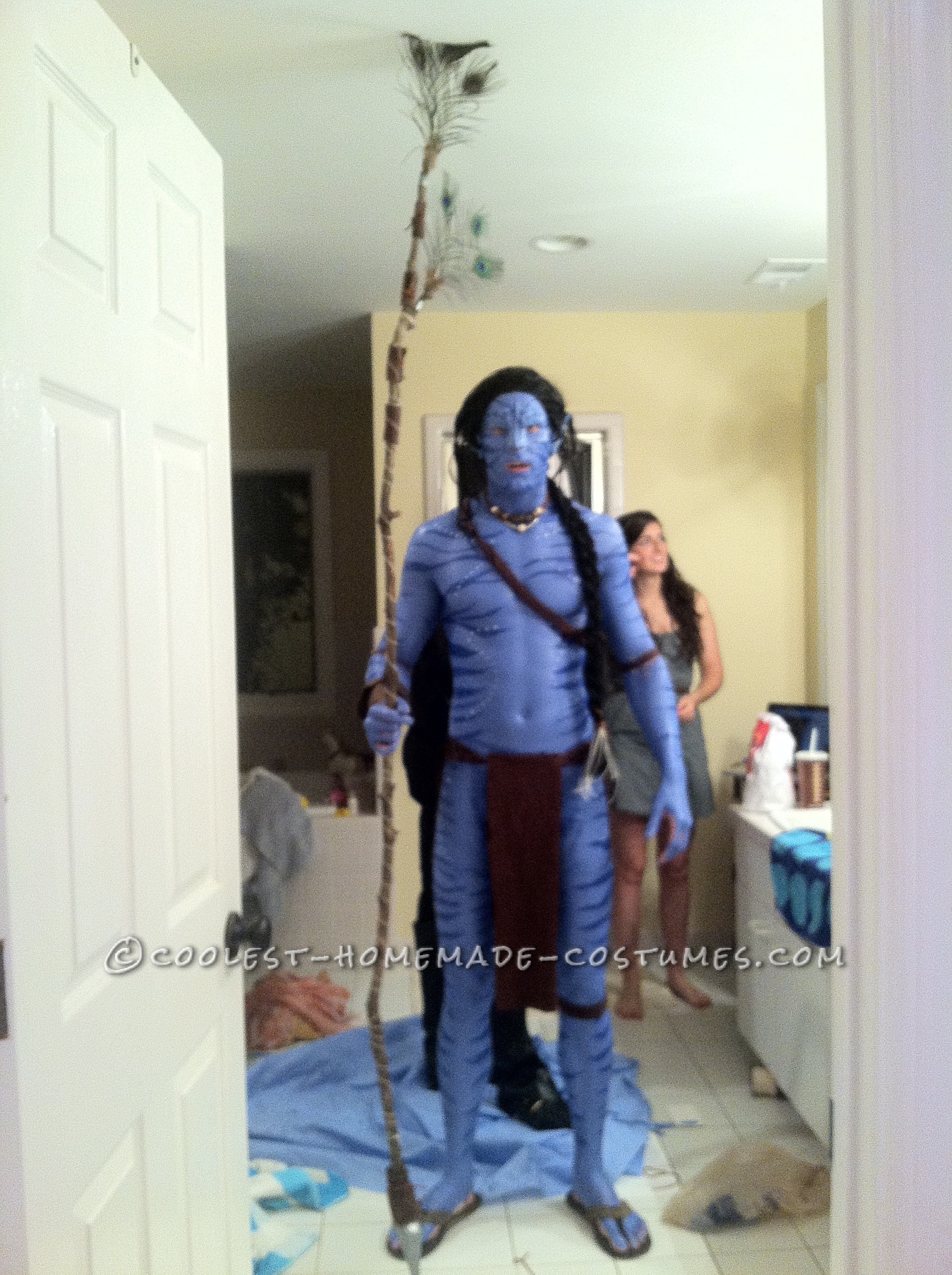 This Homemade Avatar costume took me almost 7 hours to complete before Halloween night began. I had a friend of mine paint me from head to toe with acrylic paint. The best type of acrylic paint for the best Avatar look is the blue with a gloss in it. It can be difficult to get off in the shower, but it WILL COME OFF.  And plus, its worth it to win the the $1000 contest I entered.

It was also an amazing time having people take pictures with you and the owner of the club give me any drink I wanted for free all night. Anyways, we had to play around with mixing blue and white to get the right colors down. I bought the Avatar wig from Party City along with a glue on Avatar nose piece and Avatar ears. The rest of the costume was made from buying accessories at a craft store.  I wore blue compression shorts and cut them high up and painted over them.

My tail was made from jumbo blue pipe cleaners. I also used some glow in the dark twin and tied it into the end of my tail (that’s what the Avatar used to connect to each other and animals I think).  I constructed a wedge to tape (duct tape) my tail to so that it would stand up and not just hang on the floor. This wedge was just stuck down into the back of my compression shorts. Oh yes, I also bought some fangs that molded into my two incisor teeth and I had a large stick from my yard that I decorated with a feather and some glow in the dark twine for a prop. 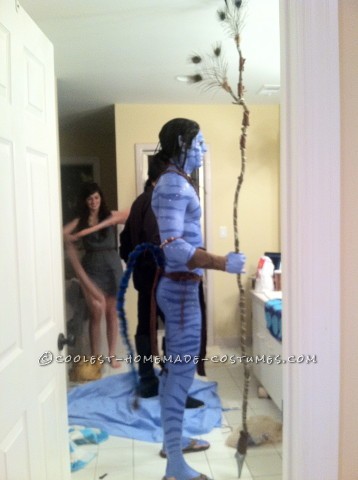 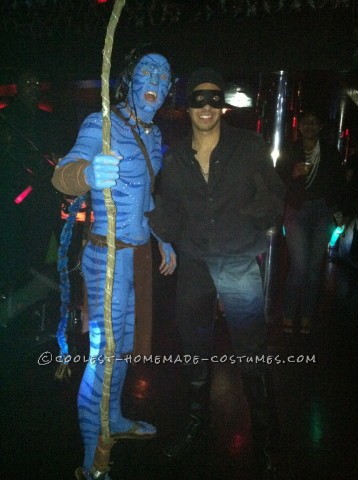 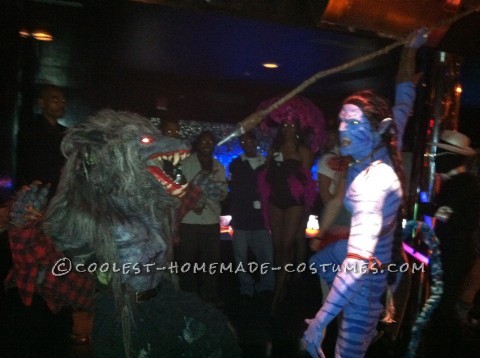 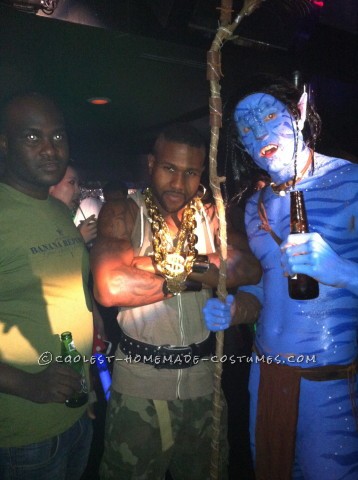 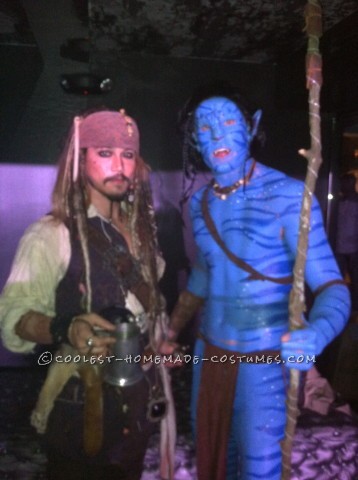 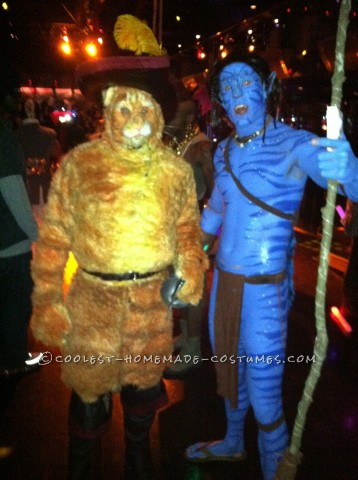