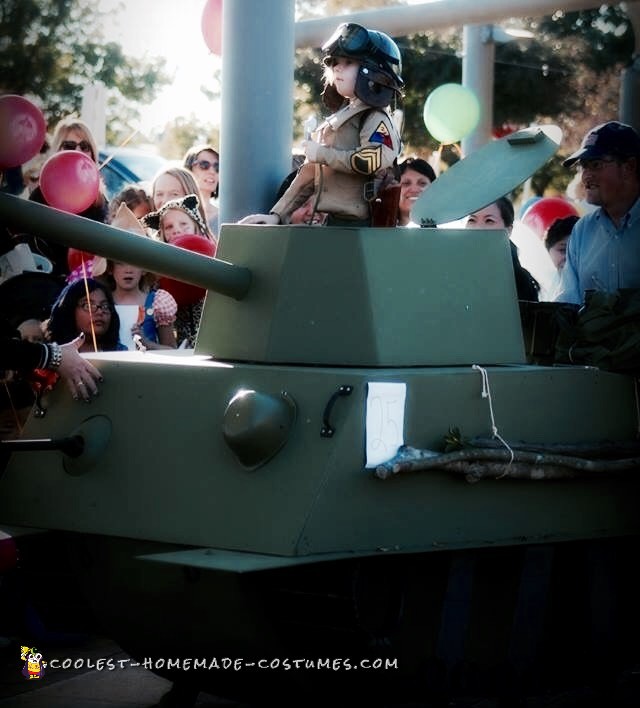 My 4 year old daughter wanted to be a WWII tanker for Halloween. The costume was made by me, her mom. The shirt was an adult small that I re-fitted for her. The patches were difficult to find, but after I found them, I did a simple stitch. The helmet started as a basic dollar store army play helmet. I custom made all the pieces with the leather to fit her. The goggles were a bought accessory, as well as her boots, but I added buckles and additional straps to give it the WWII look. I took the helmet, shirt, pants and boots and used sand paper and a razor to make the clothing look worn and old. She is riding in  her own replica of an M4 Sherman tank. The tank was constructed out of wood around a recycled shopping cart by her grandfather.

The tank was painted by me. The cannon was made from a fabric roll. We added black spray paint to the ends of the guns to give the  that they had been fired. There was also an assistant driver gun. The turret wad moved by Carrington once she was inside the tank and it could move 360 degrees. The turret actually opened and closes as well. She also had a replica of the hand held radios used during that time.

We were able to buy several ammo containers and were able to use my father in laws old army bag. He passed away a few years  and it was nice to have something of his. The total time to make her costume was about 55-60 hours. The tracks were made from card board and then painted with highlights added to the tracks to make them look real. The tank has a radio inside so that we can play the actual Fury soundtrack while she is in it to give it an additional effect. 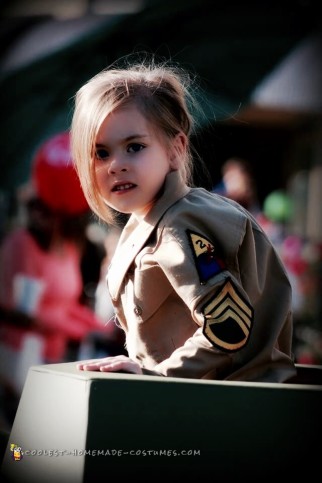 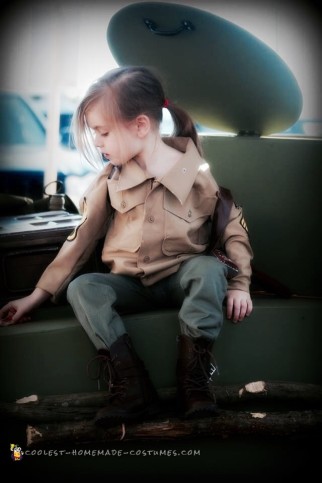