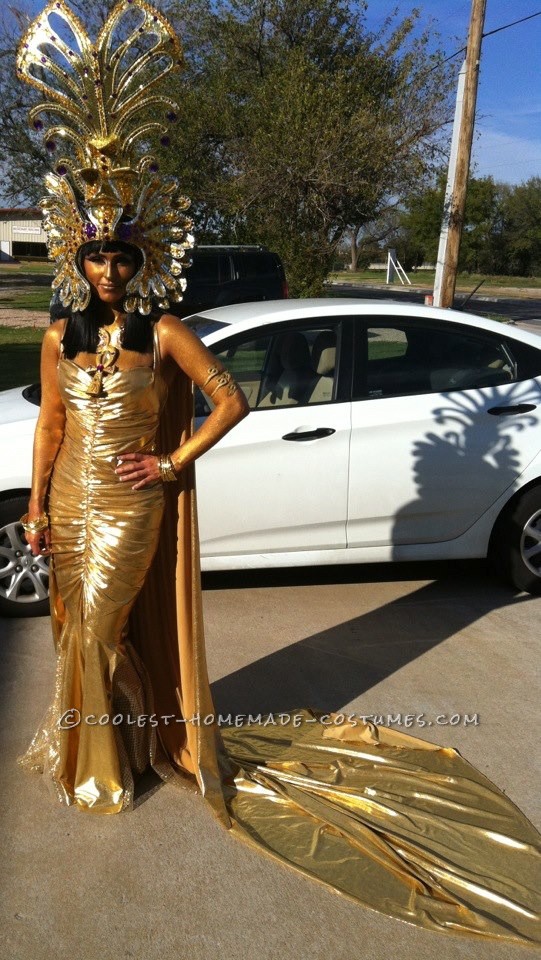 This women’s Egyptian Statue costume is inspired by the 1930’s Cleopatra movie. The dress was made by a co-worker’s wife. I actually had a store-bought costume, and three days before my event, decided I HATED it. She made this in less than 48 hours. It is a gathered dress of a gold lame, and the cape is about 3 yards of fabric hemmed. The cape is attached to large earrings and an ankh, the only thing from my store-bought costume—we covered in gold paint and glitter and attached it to the cape using bale wire.

I used gold glitter on my skin and did the makeup myself. I got amazing reactions! I emceed a Halloween parade and this costume couldn’t be any better. The headpiece is a foamy cardboard decorated in glitter, gold ribbon and gemstones. It was also made for me and is an original. Because the cape is long, it doubles as a wrap in case its cold. This is the greatest costume ever! I will never use a store-bought costume again. Thanks for the consideration! 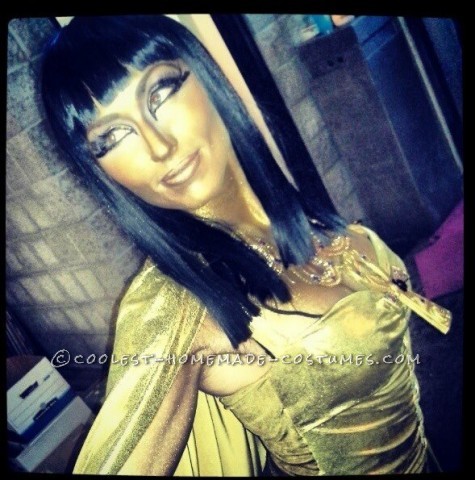 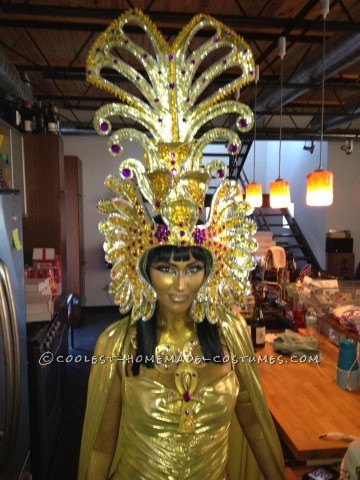 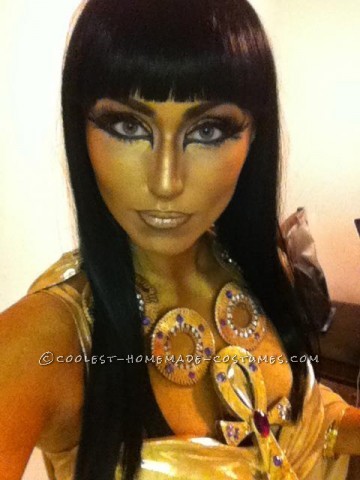 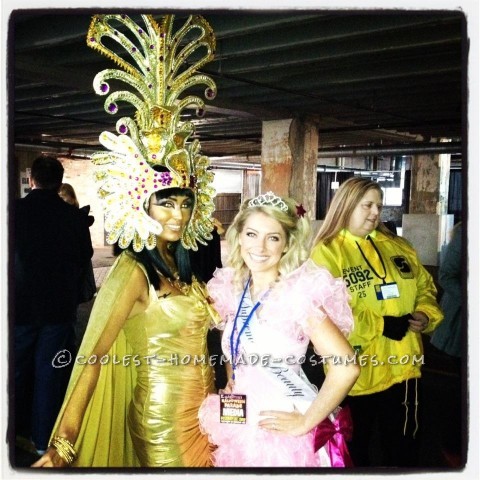 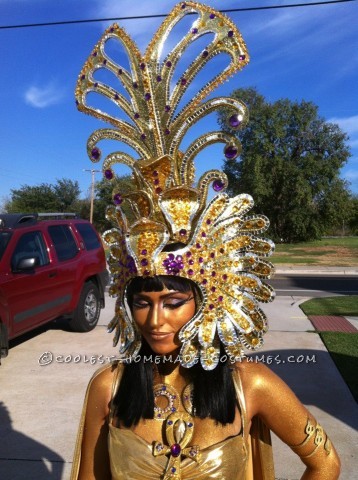