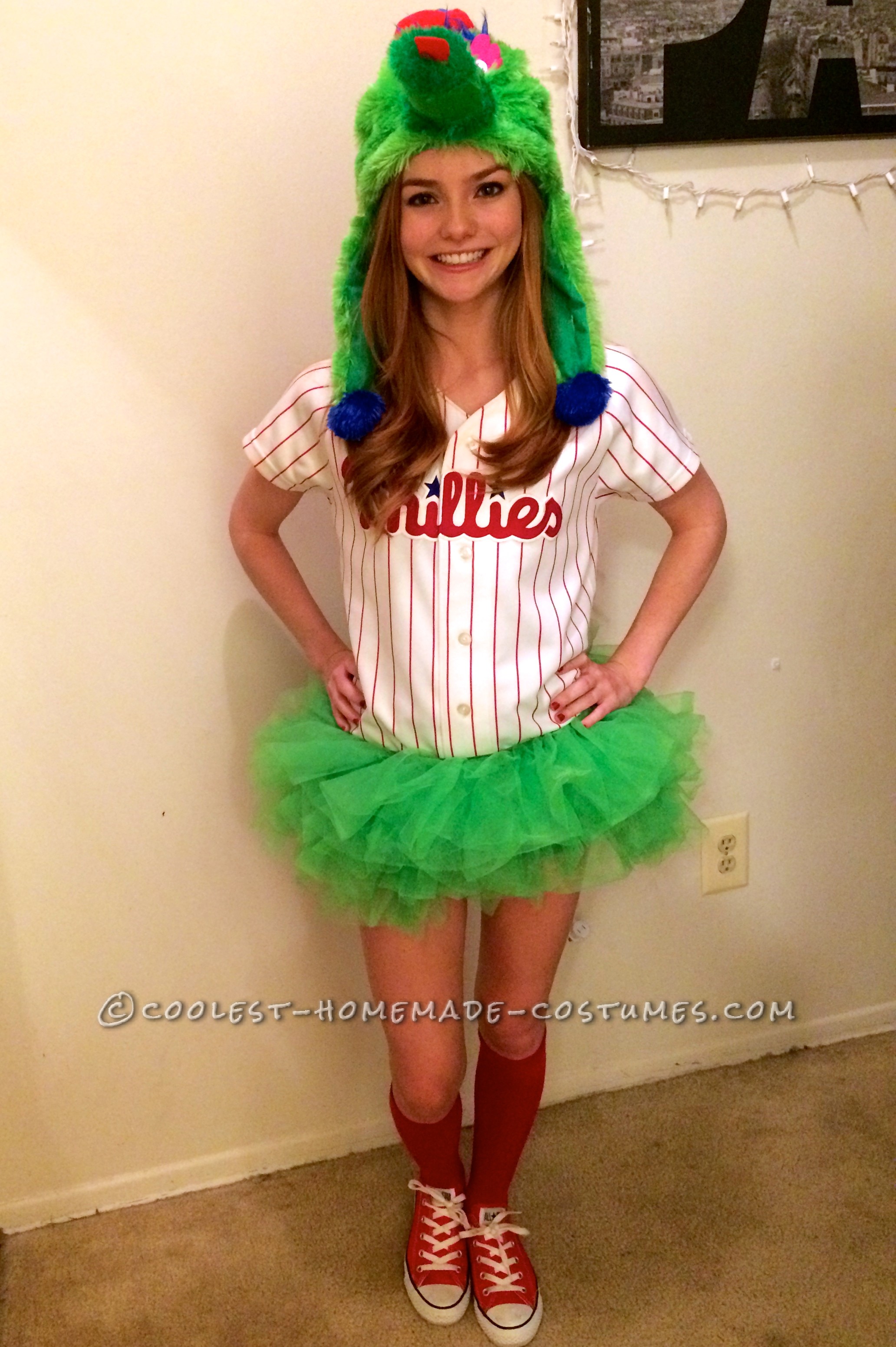 So, I am HUGE Phillies fan. I’m talking about die-hard, I can name the whole roster, I\’ve been to Spring Training three times, I watch every game and get very emotional kind of obesssed. Since my college is in Baltimore, I don’t get the channels the games are on. So when I was a freshman, my dad bought me Slingbox, which is hooked up to my cable box at home in Philly and allows me to watch every game, pre-game, and post-game on my laptop. When the Phils won the World Series in 2008, the parade was on Halloween. I was still young enough to go trick-or-treating, so I wore my Phillies jersey out and pretended I was a Phillies player. So that leads me to this years costume…

The Phillies released these Phanatic dangle hats about 2-3 years ago. I bought one the week they came out because I thought it was adorable. This year, I had the idea to use it for my costume. I already had the jersey, hat, and red sneakers (although the Phanatic wears green). I just bought high red socks for $5 and a green tutu online for about $15. The Phanatic has a signature move in which he sticks out his tounge at people. So, I bought party blow out horns from Party City to use for my tounge. I wore green soffee shorts under the tutu and tucked the jersey in.

Now remember, I go to school in Balitmore, so I was a little scared about the Orioles fans and Nationals fans who would be at this party. But, the costume was a hit. I walk into the party and my friends all gushed about how adorable and how perfect for me it was. My boyfriend dressed as a Phillies player, so people came up to us and said that we looked great and complimented each other. There was some rival fans who teased us for being Phillies fans, but they respected the costumes.

I loved the costume so much, I was sad to take it off. The other Phanatic costumes I have seen before look like way too much work, and I didn’t want to put in the time or effort. This was an inexpensive, easy, alternative. And it was a hit. 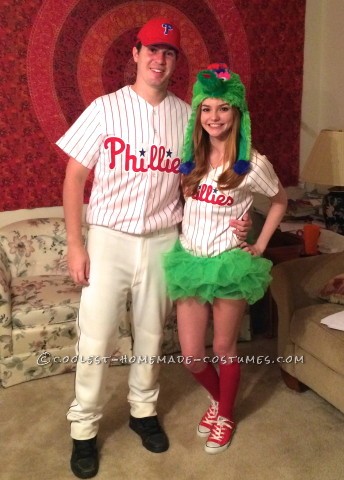 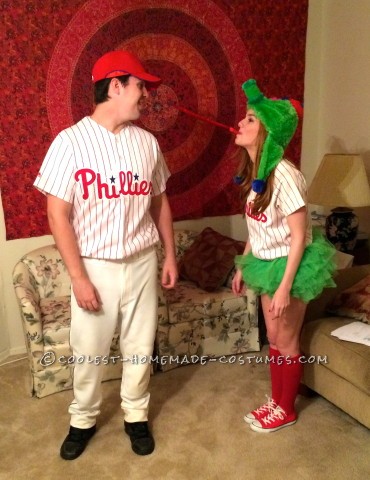 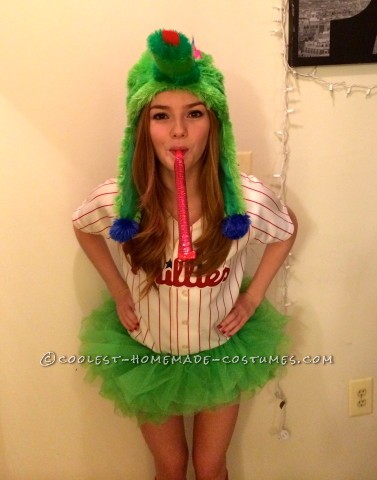