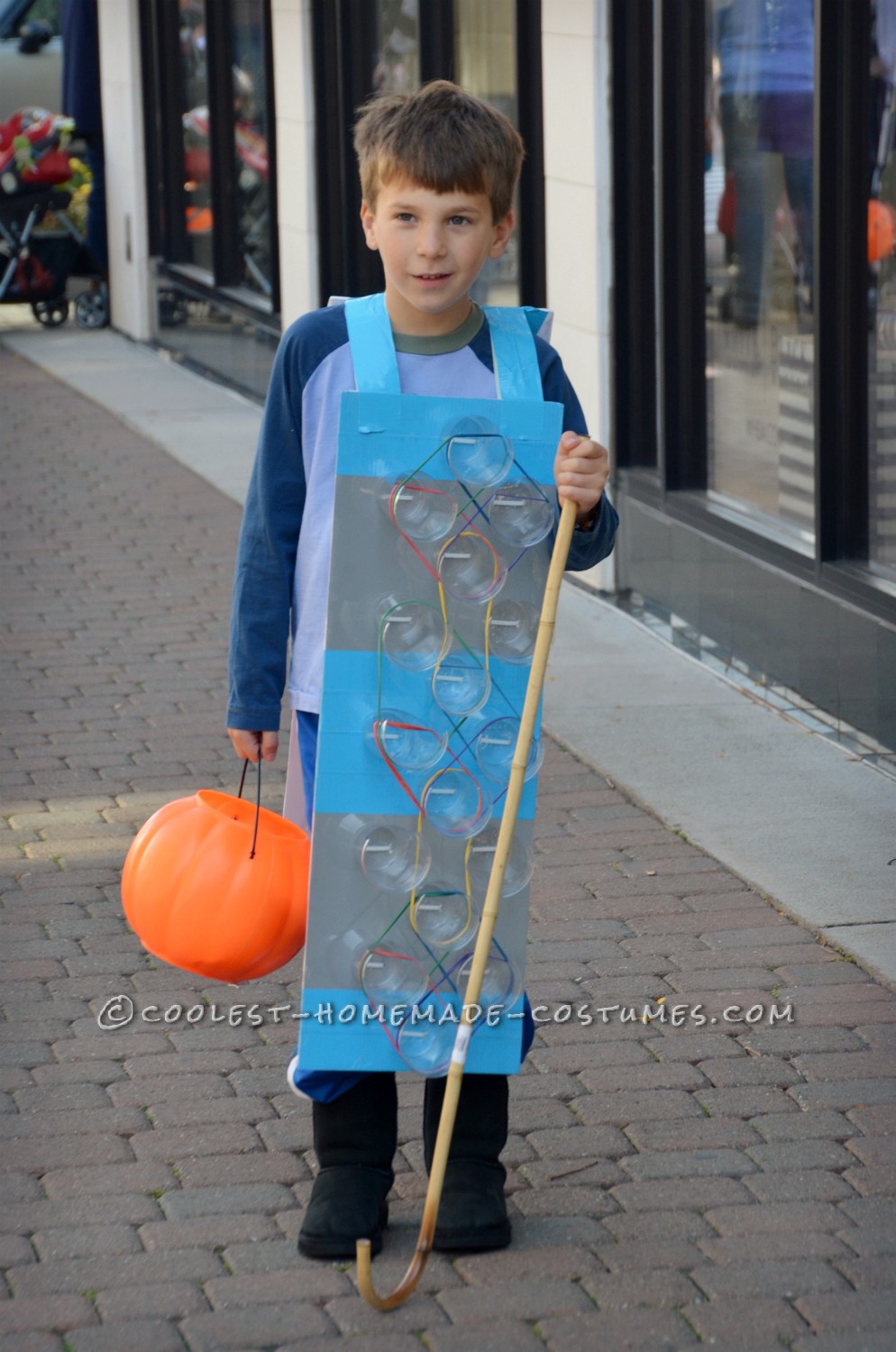 Rainbow Loom is wildly popular in America right now – and especially in my house.  My son Ryan wanted to BE America’s hottest toy for Halloween and we figured out how to do it. 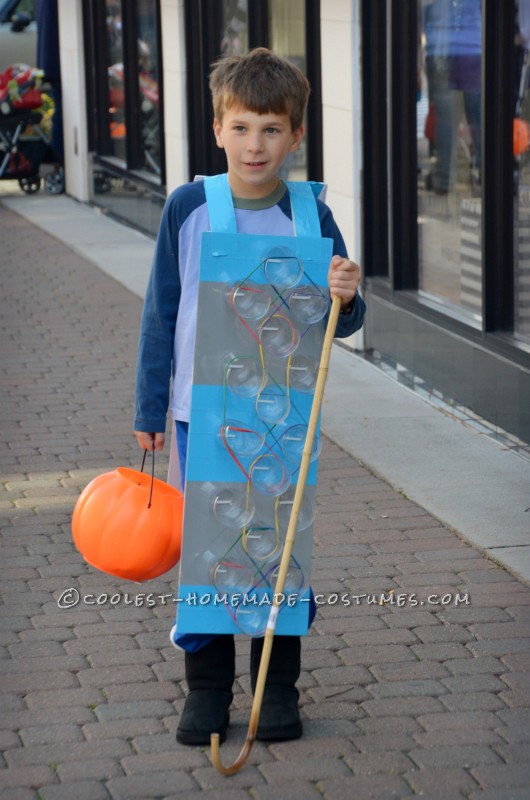 We’ve been working on this one for a few weeks. First, Ryan took careful measurements of his loom, and together, we calculated proportionate measurements to his body.  We then created a prototype with cardboard and plastic cups as pegs.  This was an unplanned, but excellent, math and spatial exercise for both of us.

Our loom measures 10 inches long.  We wanted the costume to be roughly 36 inches for Ryan’s body so we used a multiplier of 3.6. 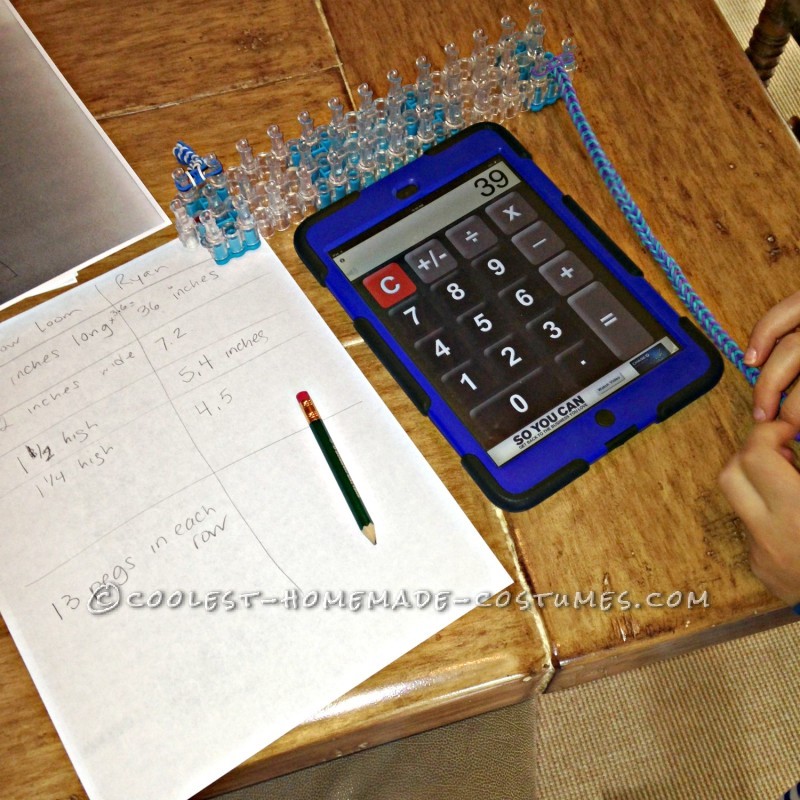 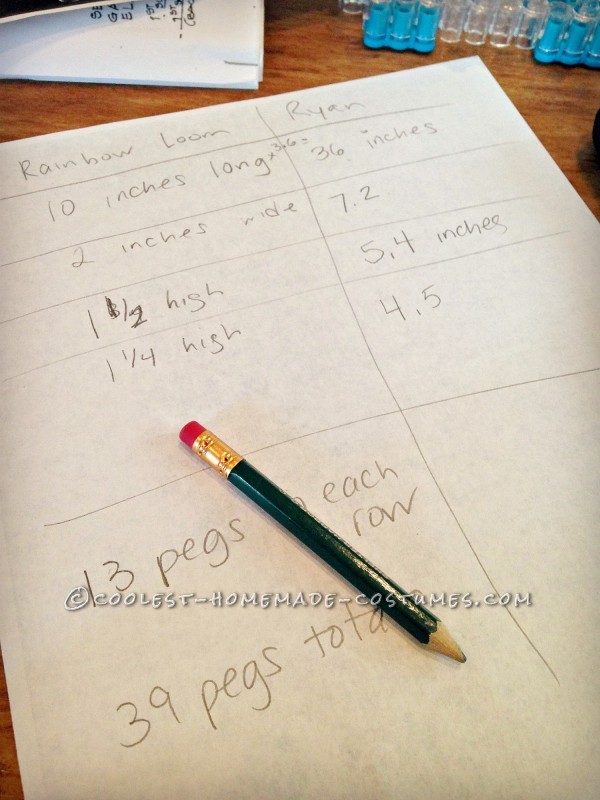 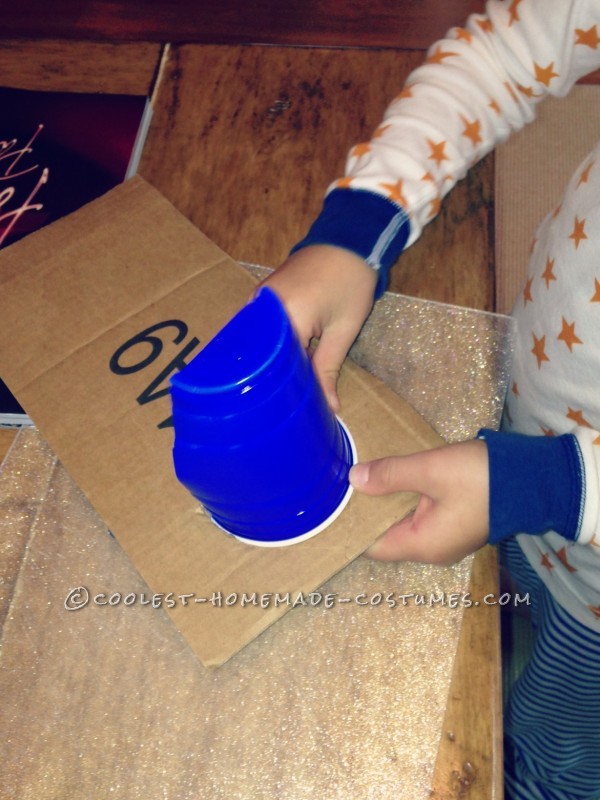 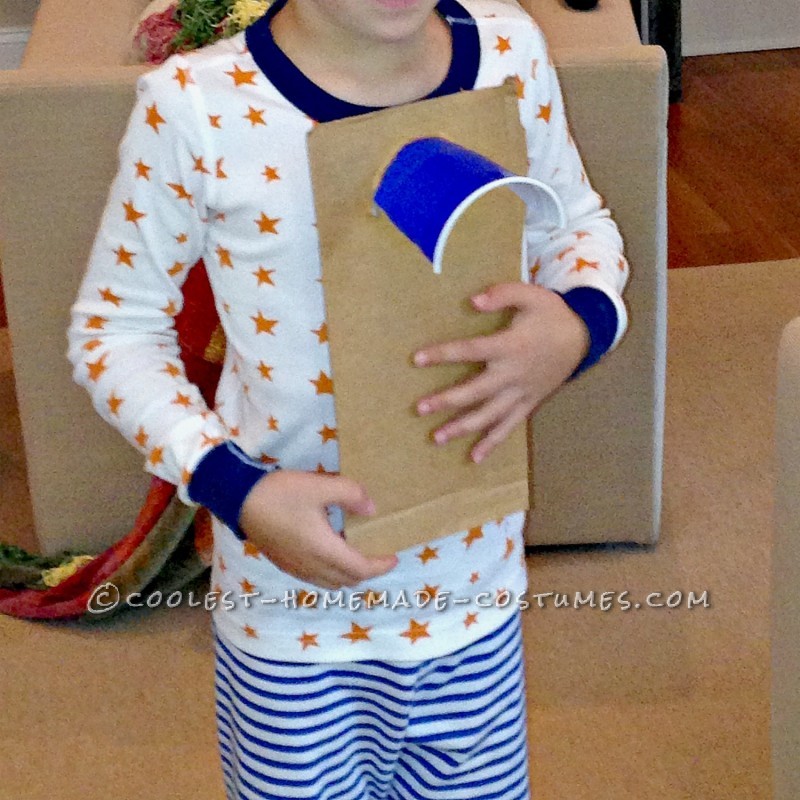 To make wearing poster board as comfortable as possible, we kept the dimensions small and used a 10 inch by 30 inch piece of gray poster board  wrapped in Saran Wrap to give it a shiny plastic look.  Thanks to Dad’s meticulous measuring and cutting skills, the loom came together without much trouble.  Scott used a penknife and zip ties to secure 10-ounce clear Solo cups to the poster board, in the alternating one peg/2 peg pattern of the original loom. 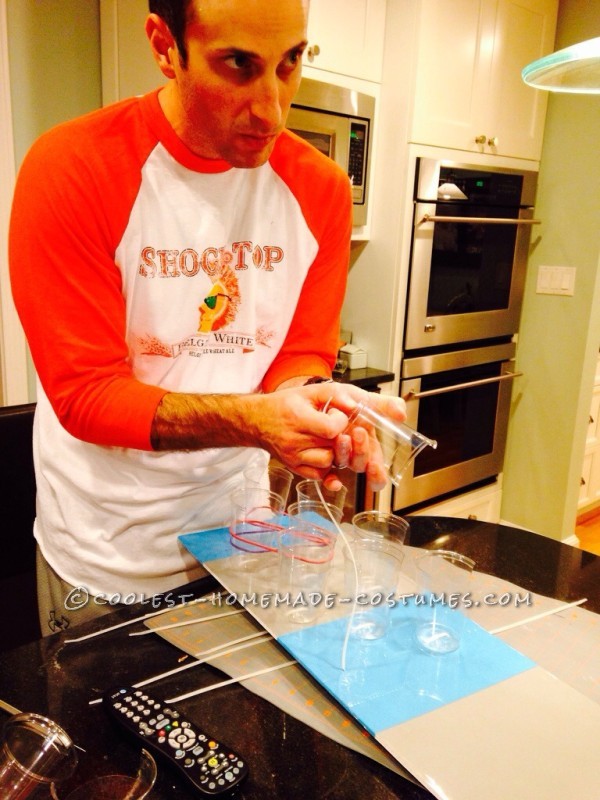 Now This Is A Dad!

Blue duct tape made the loom’s signature blue base plates and doubled as straps to attach the loom to Ryan. Giant rubber bands from Staples and a cane-turned-loom hook finished the costume.

My shy guy got TONS of attention at school and at our town parade. A testament to the loom’s popularity (and Scott’s brilliant workmanship), Ryan’s costume was recognizable to many (only one person asked if he was DNA).