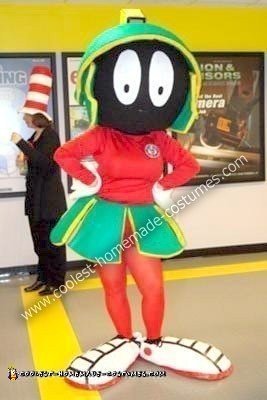 I chose Marvin the Martian for the challenge! To get the proportions correct, I needed a really big helmet/head and really big shoes. I started off with the helmet/head. I used a large (3’) round balloon as the starting point and paper mached it with several layers. Then I added poster board for the side … Read more 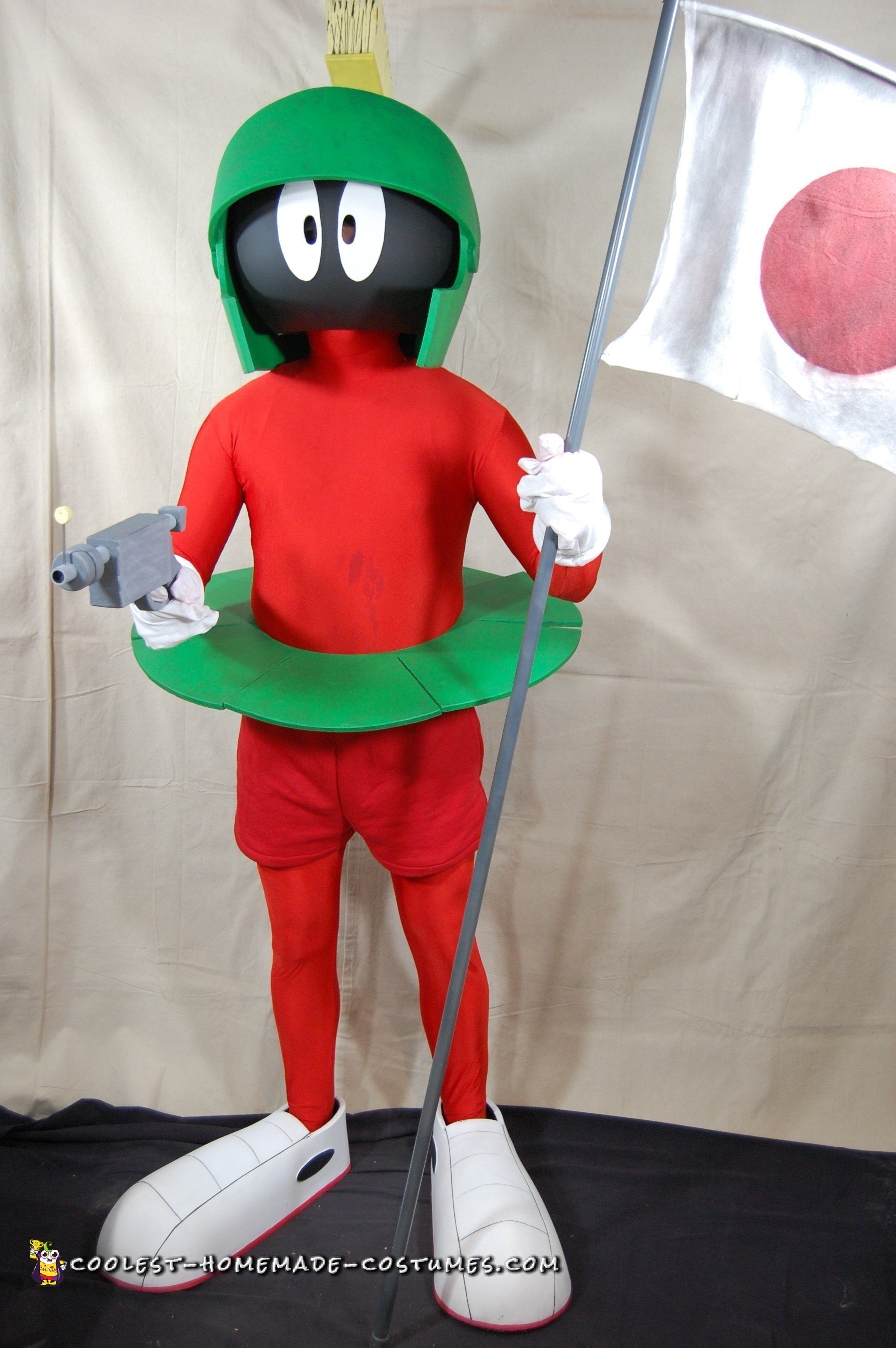 I gravitate towards full body costumes. I have fun being immersed in the identity and personality of a character. For a short time every year, I get to use my imagination and play dress up without it being totally weird. I decided on a Marvin the Martian Halloween costume. In regard to fabrication, I like … Read more 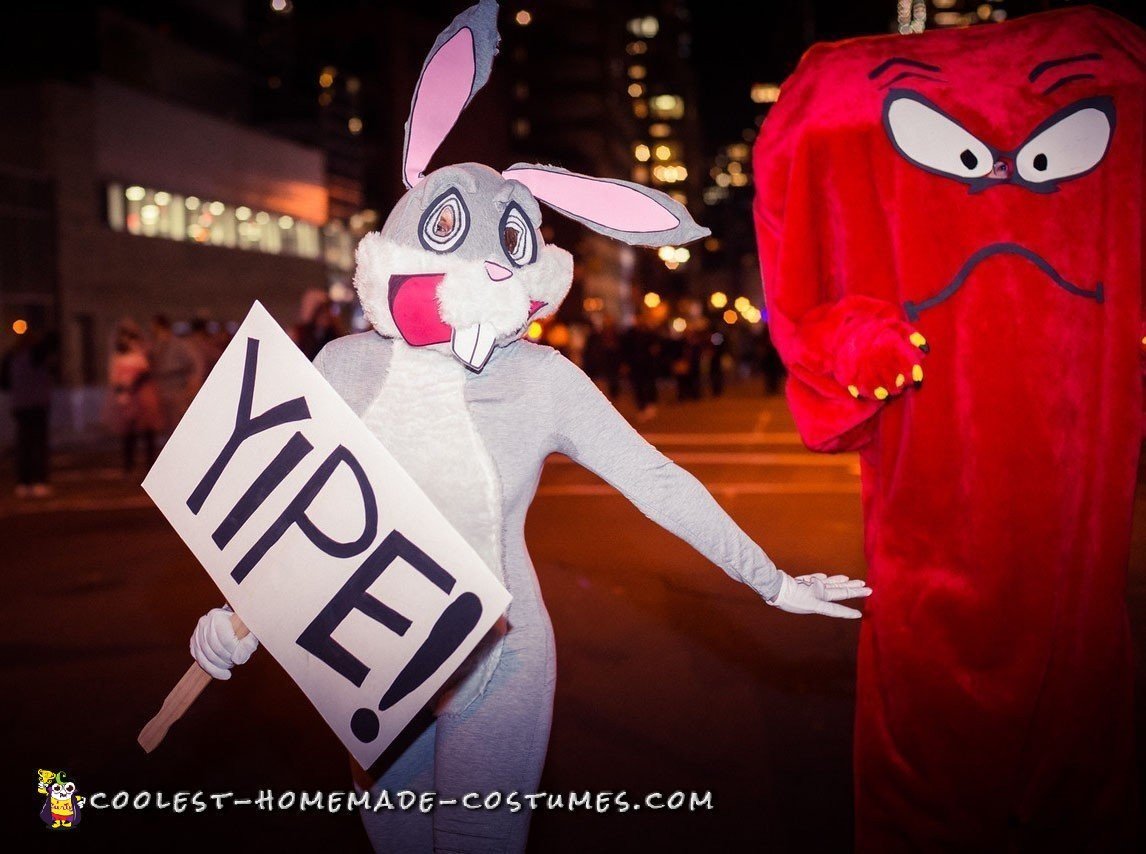 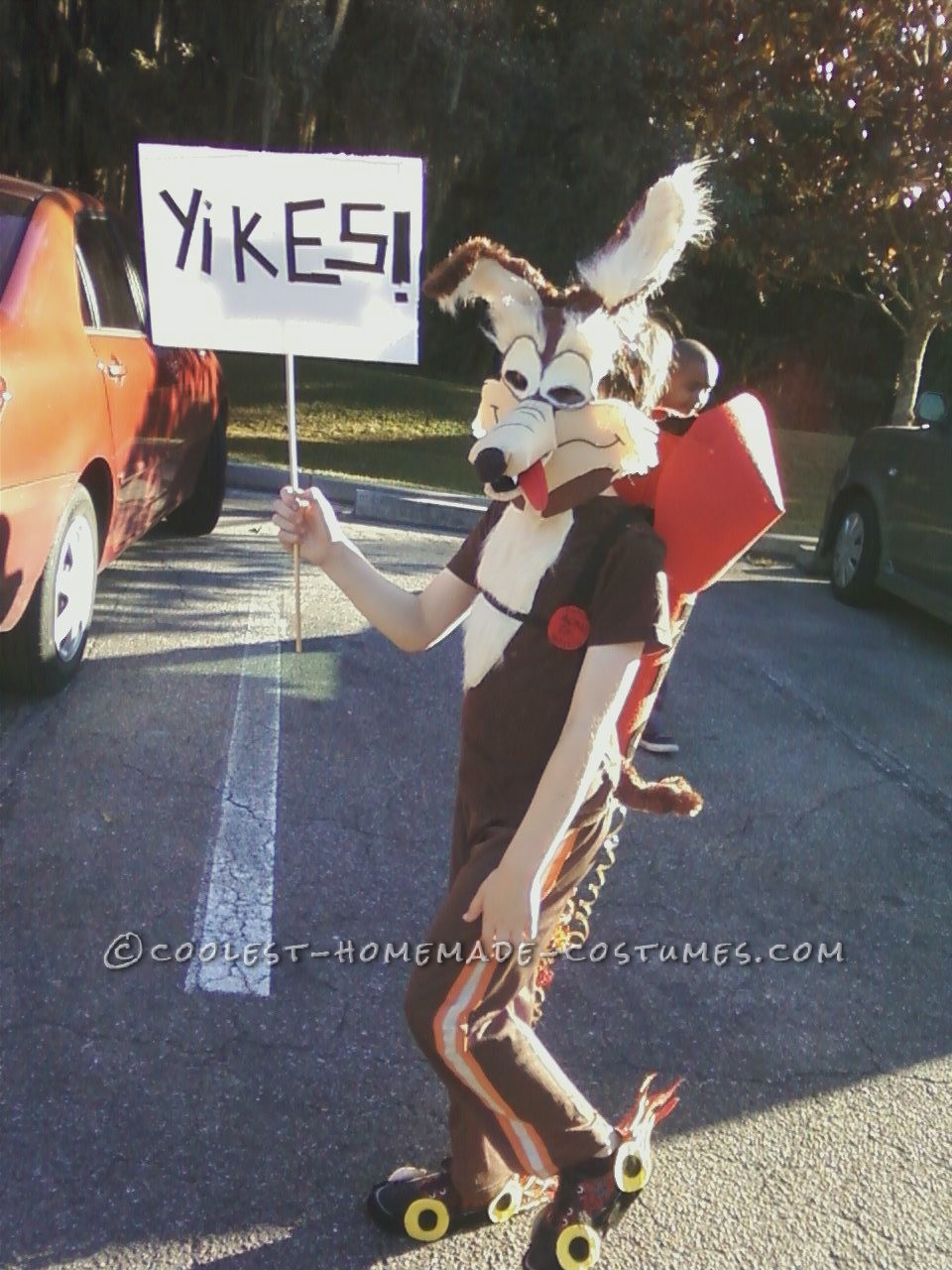 My 8 year old son and I love watching retro cartoons together. One of our favorites is the self proclaimed super genius Wile E. Coyote. We poke ribs and laugh as he buys stock in ACME Co. and paints tunnels that seem to only work for other folks. He was determined to catch that Roadrunner … Read more

I am a mechanical engineer by trade and am lucky enough to work on the Curiosity Mars Rover project! My love of Mars and technology runs deep and I could think of no better way to honor that this Halloween than with a Marvin the Martian inspired Halloween costume! Planning Once I had my muse … Read more 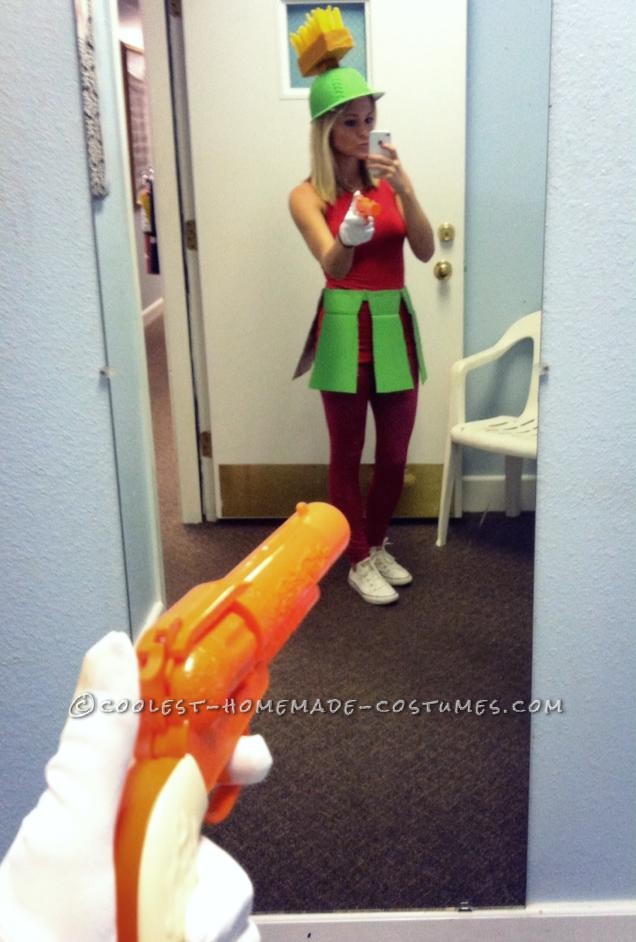 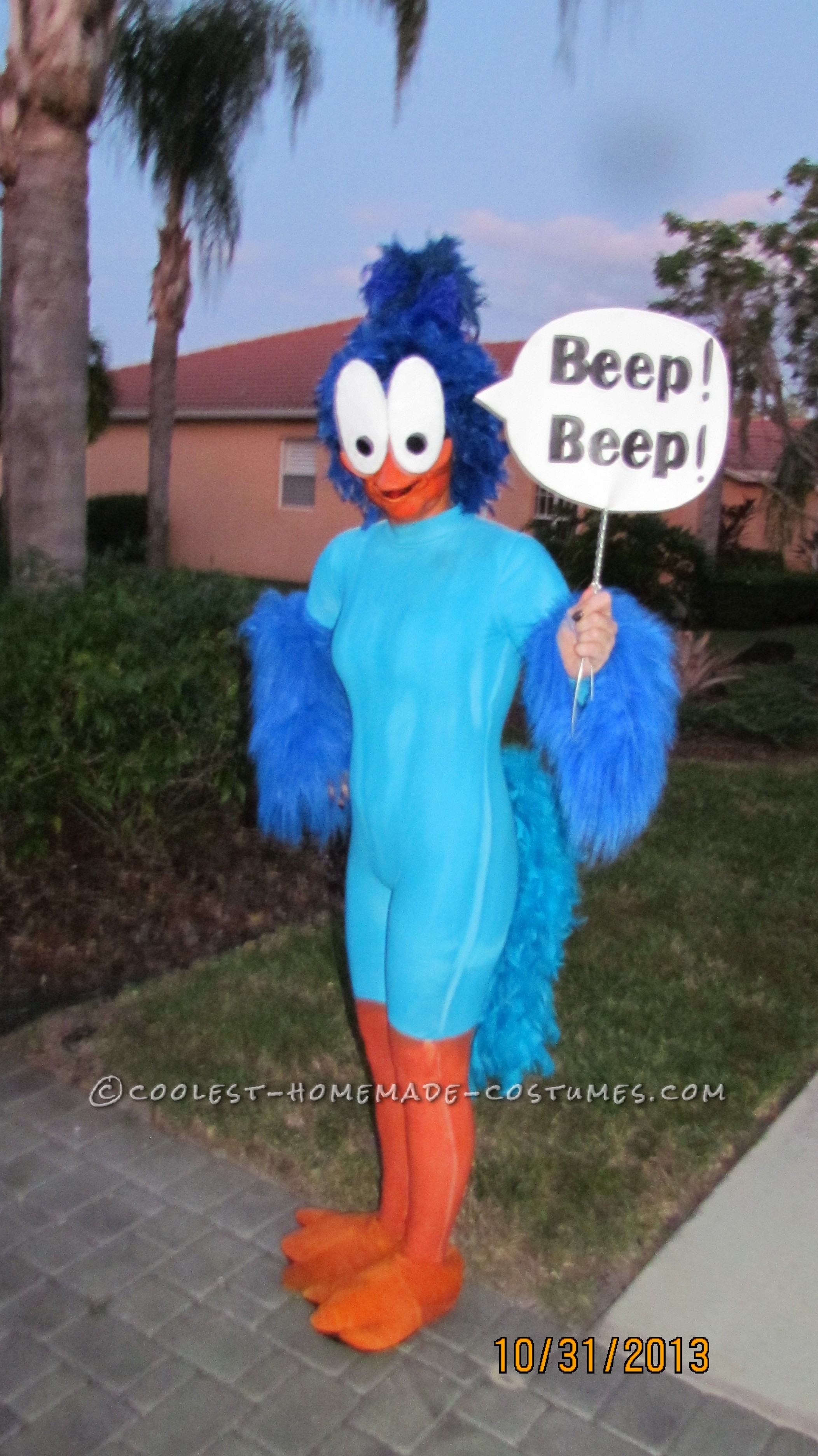 A year of planning and two months to put this Roadrunner costume together. It needed to really look like the roadrunner as I am quite a perfectionist and comfy enough to wear for 12 hours. We dress for occassion at work and then it’s trick or trat in the neighborhood. It is never as easy as you … Read more 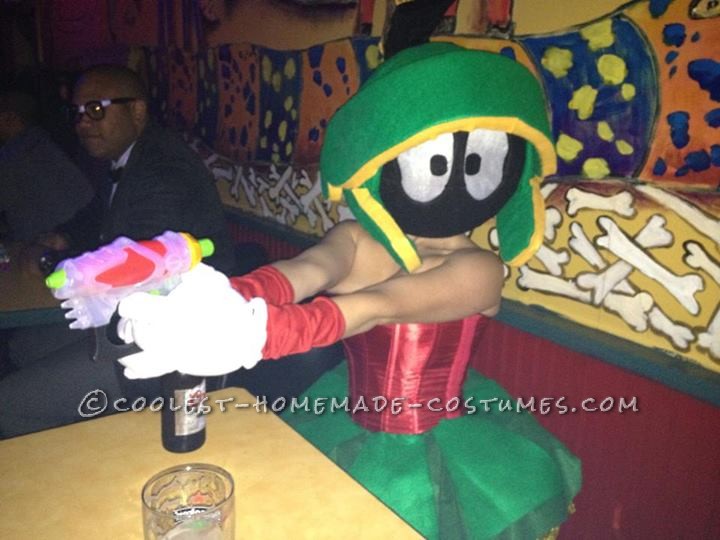 I’ve always loved Marvin the Martian from Loony Toons and wanted to give it a try. For the base outfit I wore white shoes, red tight pants, red corset, red long gloves with cartoon white gloves on top. The skirt is a yellow tutu with green felt cutout sewn on top. The head  is made … Read more 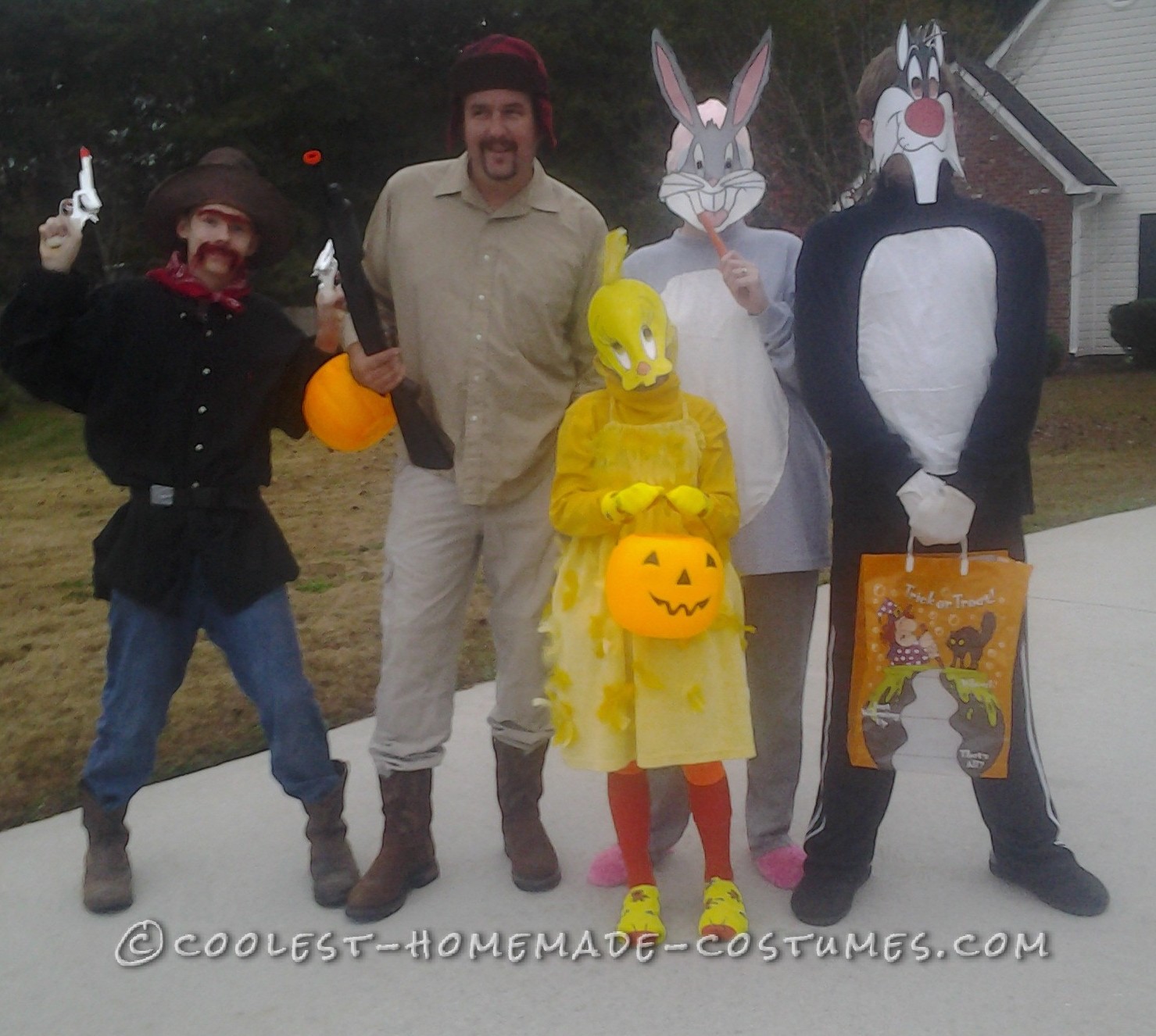 Every year for the past four years we have all dressed up as a family with each year bringing a fun, new theme.  The first year we were the cast of the Wizard of Oz, then we were the gang from Scooby Doo, followed by the Star Wars team, and this year we chose to … Read more 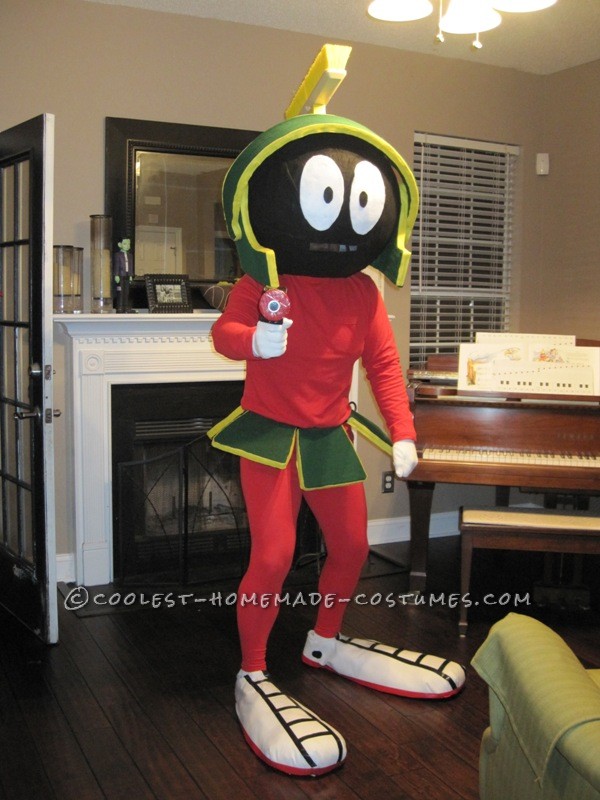 We have been going to the same Halloween party for years and over time, a competition has started among a few of us to see who can come up with the best costume.  Although my 2010 Peter Pan costume was OK, I was told it didn’t live up to my previous costumes so I decided to put … Read more 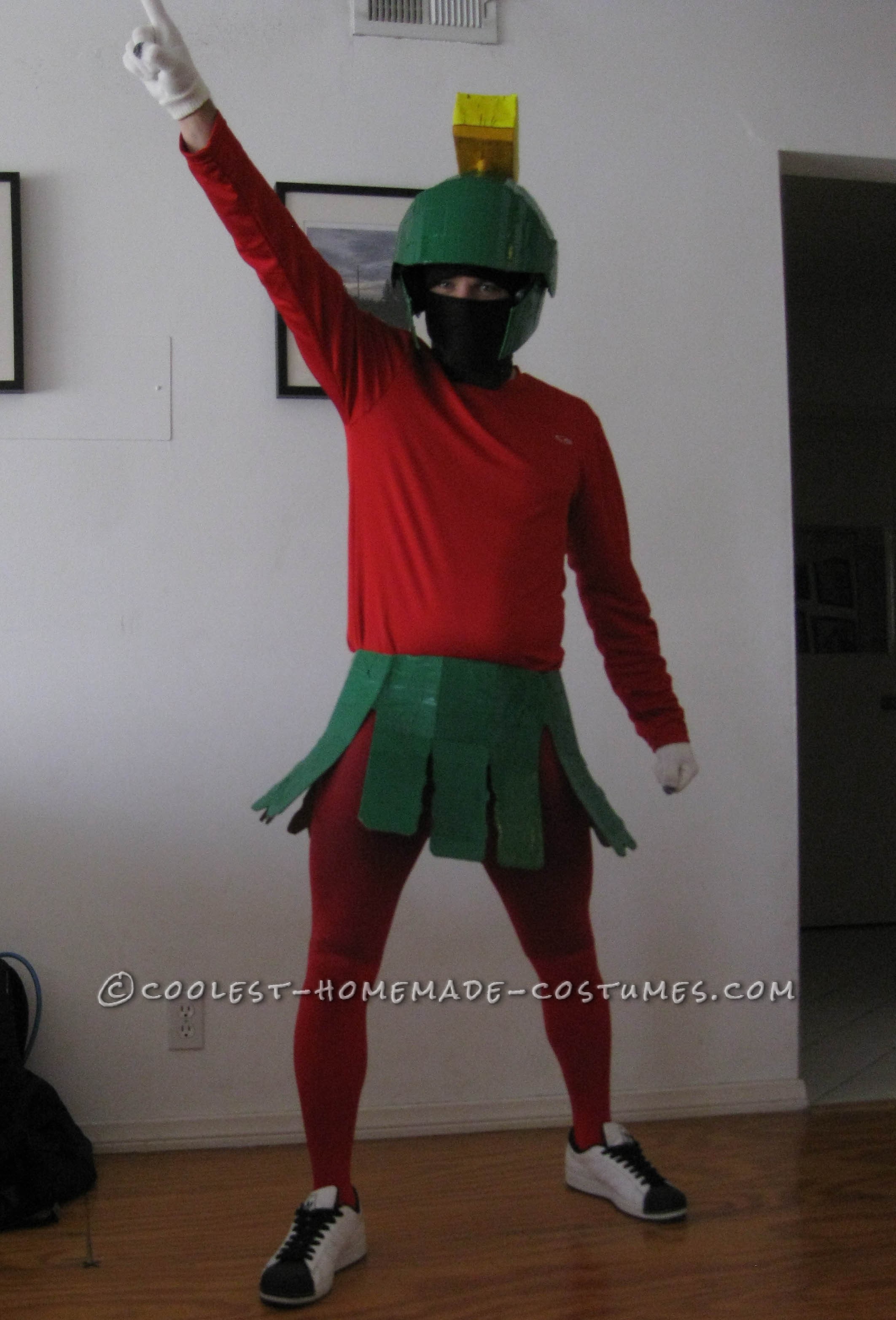 I am a huge Looney Tunes fan and have been since I was a kid.  I love to think of offbeat characters to be for Halloween, especially ones that are easily recognizable and that you can’t easily buy a costume for.  So Marvin the Martian popped into my head the week of Halloween.  I got … Read more 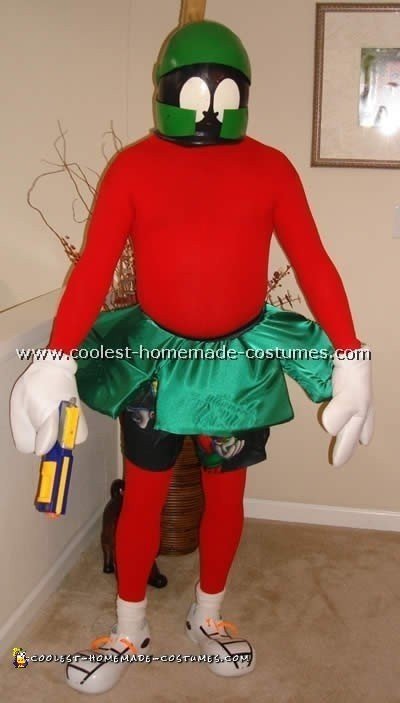 I got a wild hair one day and decided that for my kids homemade costume ideas, Marvin the Martian was a cool character that I felt would be a fun project to duplicate. The helmet is by far the hardest part of this costume. It took me several days and many trips to the hardware … Read more