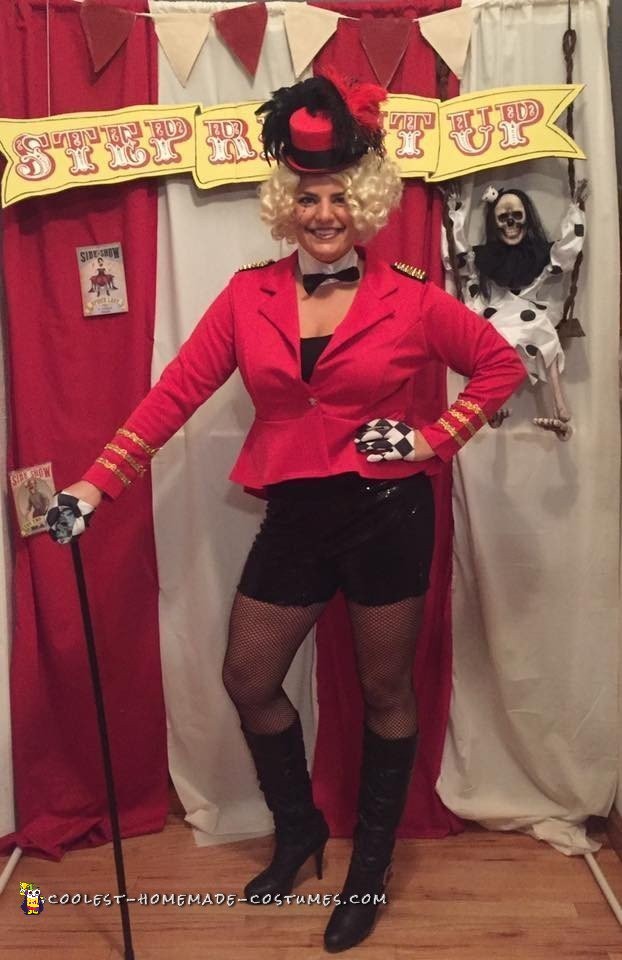 So the theme for my party this year was CarnEVIL! This was so much fun! We had almost no clowns show up and everyone got super creative! Being it was my party, I decided to go in a ringleader costume!

This costume more came together than was made. I bought the jacket for super cheap off ebay (It was a size too big, but to much of a pain to return it). It was a peplum and came with the spiky shoulders, which I thought was just enough punk for the theme without going all out. I bought the ribbon to add to the sleeves. Looking back, I would have done something a little different (more punky), but they turned out ok. The jacket came with a plain, black button, so I swapped it for a gold skull and crossbones.

The shorts I transformed from a pair of leggings, just literally chopped them off and re hemmed them. Tights were standard fishnets and boots I had in the back of my closet.

The wig I bought was a 30’s screen siren wig, and I teased it up just a bit. The hat was the coupe de gras! I had a friend help me with it and we went all out with feathers and a big broach we found at goodwill! It was a lot of work, but it turned out great! Everything else was purchased at a halloween store for prety cheap. The Cane had a skull on the top and set me back less than $7. The gloves were basically so I didn’t have to do my manicure! And the makeup was off a youtube tutorial.

I got a ton of awesome reactions to this costume! It fit the theme, and was so much fun to put together! I can’t wait to wear it again! 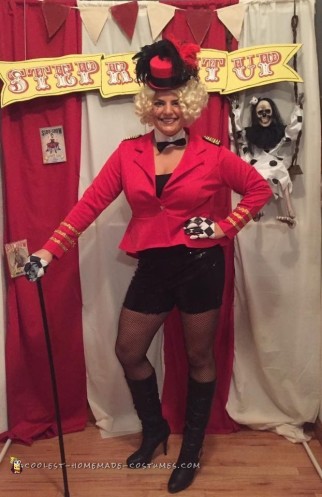 Get Into a Human Cockfight