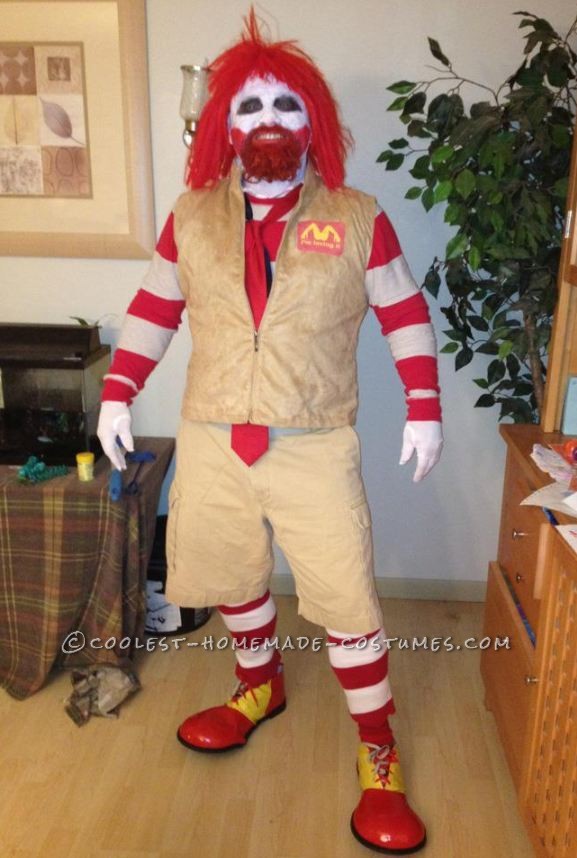 This costume all started from seeing a picture of the Joker (Heath Ledger version) in a Ronald McDonald outfit, someone was bored and Photoshopped it I’m assuming. So my quest went on to make the picture a reality.

I shopped for a year for the right clothes before I finally put everything together for the end result. Some of the earlier versions were well. my friends laughed really really hard!! Once I found the right combinations, it was soooooooooooooo fun to wear this costume out. The looks I got were priceless!!! Everyone wanted to get their picture taken with me, it was a blast! People really had to do a double take on the golden arches that I was wearing! The striped legs are actually the sleeves from a woman’s sweater that I cut off, and the first time I wore it I literally taped them to my legs so they would stay up. I later hot glued them to a pair of boxer briefs.

I also experimented with different make ups, and I have to say that I do not recommend the “grease” version. it was hot and sweaty! I found a pair of red and yellow contacts that added to the evilness of this costume. I did in my travels stop at a few McDonald’s to order a happy meal!! When I first walked in the reactions were priceless!!! I actually was able to get a name tag from the manager to add to my costume, it was awesome!  I got a lot of laughs, a few pictures taken, even some of the kids (and parents) walked up to me to say hi like I was the happy Ronald, they were a little shocked to say the least, but oddly most of the kids weren’t really that scared!

I won prizes at every place we went that weekend! Worst part of the costume, those darn clown shoes!!! They were terrible to walk in all night, my feet hurt for days afterward!!! Well that’s my experience in a nutshell.. Time to do this years costume, and I have no idea where Im going with it this year!! Thank you! 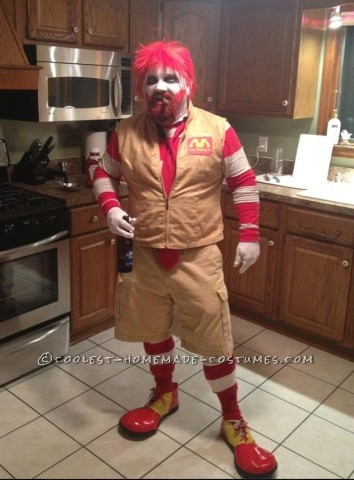 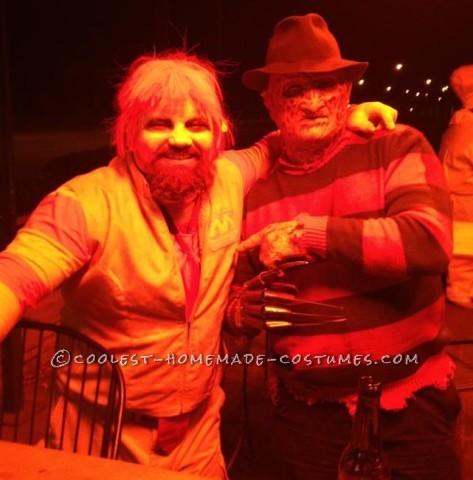 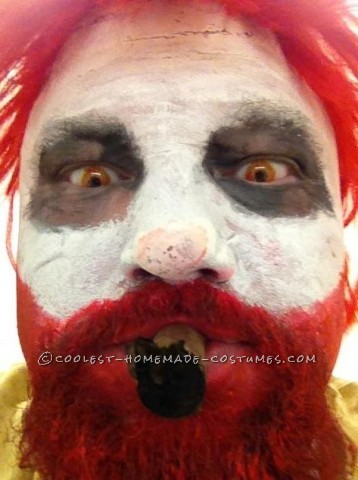 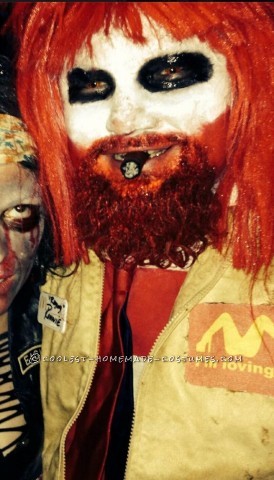