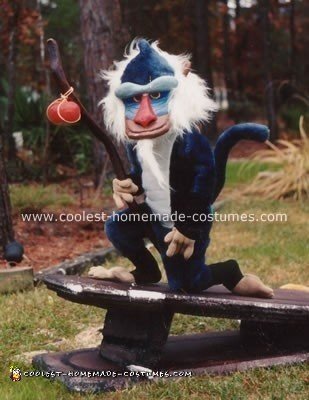 This is my Rafiki costume (from the Lion King) that I made for my Son Joshua. I used a pattern to sew the furry suit, but actually it was quite tight on him for October 31st…

I started with Styrofoam block for the face and carved it to the shape. Then, I added it to the headpiece with spray insulation foam. I created a big pile on top of a kid’s hardhat headband with a towel in a garbage bag to fill in where his head would be.

After hardening, the Styrofoam section was stuck to the insulation foam. So, I carved the skull shape into it and cut out the holes to align it with his eyes. I made the ears separately with spray foam and the tail was spray foam around a section coat hanger to keep it from breaking and to keep it up.

Once I was happy with the shape, I covered it with white tub and tile caulk so it would be smooth and soft and would also accept acrylic paint. Then I covered the top portion of the Rafiki costume head with the gray fur and sections of the longer white fur.

The cane was cut from a 2×4. It was carved into the shape and torched and stained to look like a branch. The gourds were papier-mâché around small balloons. I put seeds inside so it would even rattle and attached them to the stick with twine. The hands and feet were made from small tan work gloves with the fingers filled with cotton on his feet.

The blue butt patch on the Rafiki costume was felt. The stomach area was short white fur. In addition, a bit of long white fur was hot glued to the chin.

I followed this up with a store bought stuffed Simba.

Then, I built a plywood Pride rock and covered it with thin Styrofoam sheeting and carved the rock shape into it and painted it. Under the base of the rock I placed a battery speaker with a CD looped with the Lion King Soundtrack. 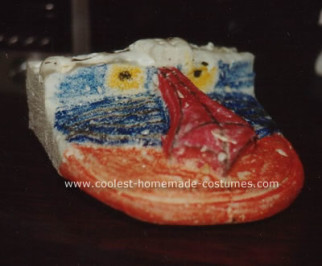 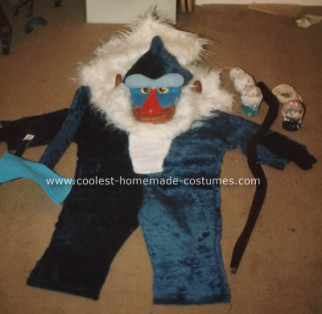 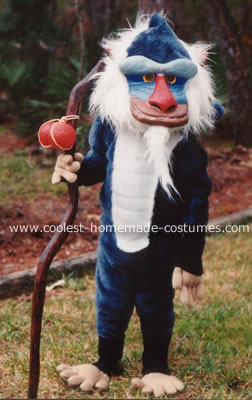 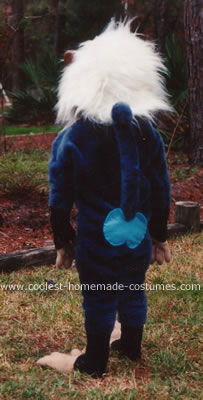 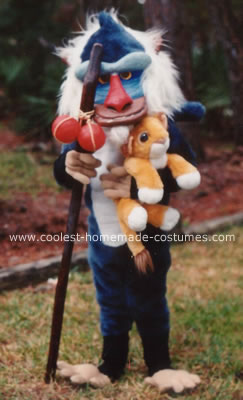 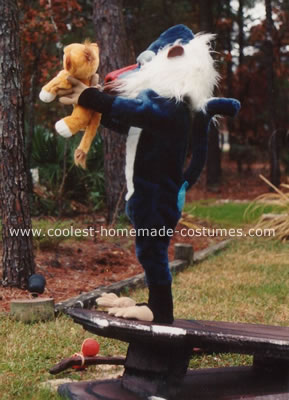 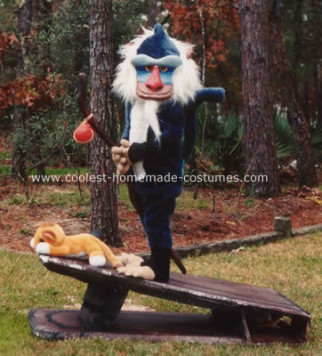 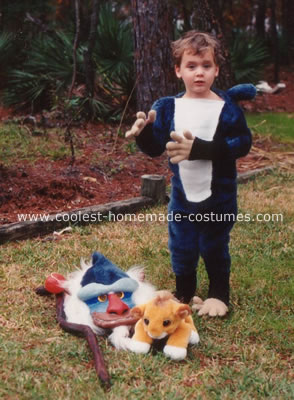 38 thoughts on “Coolest Homemade Rafiki Costume from The Lion King”