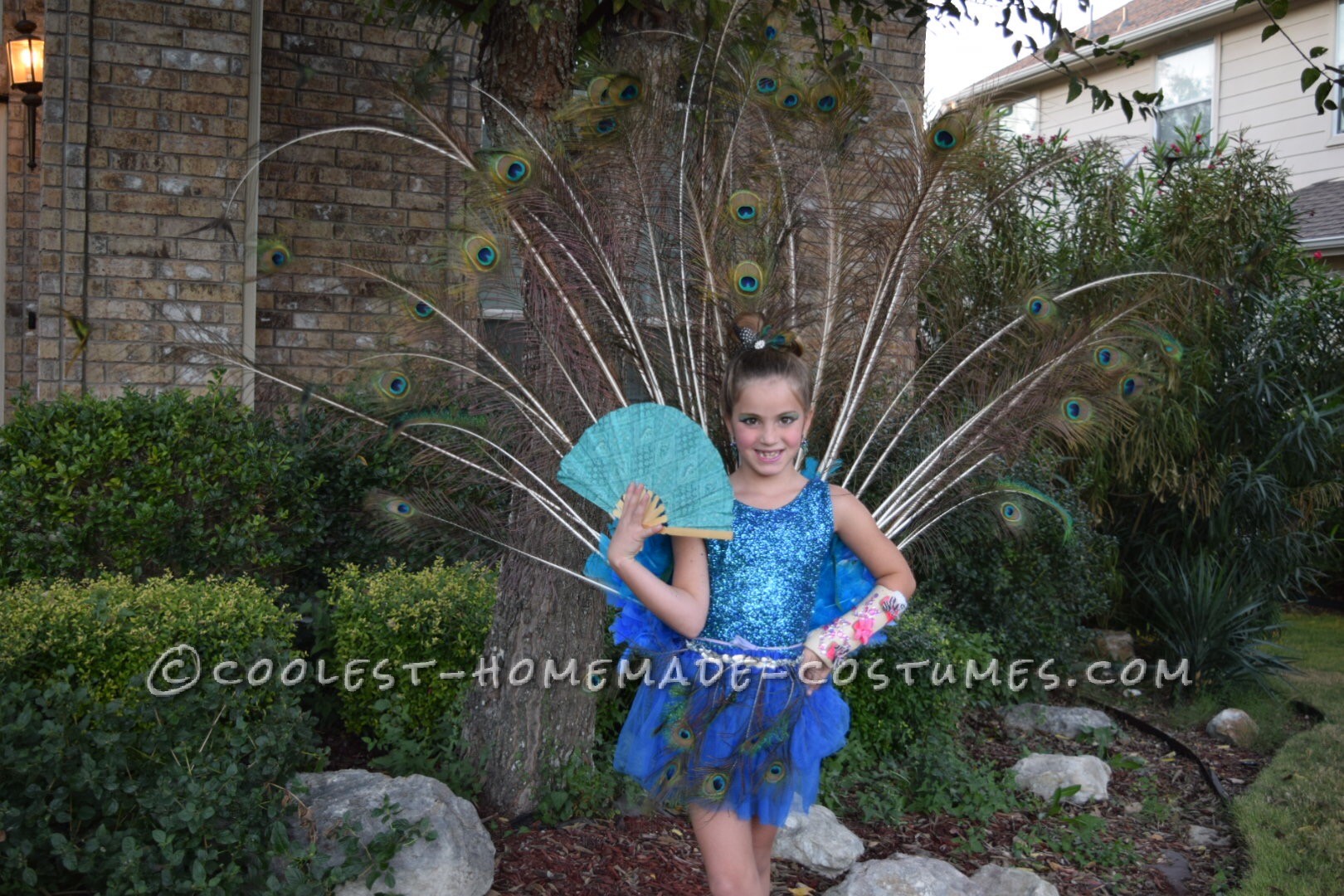 My daughter, Aleah loves animals and anything fancy! When she saw a peacock princess costume in a magazine, she declared that this year she would be a peacock. Ready to purchase the item, I heard her exclaim: “With real feathers!” We then searched the internet and came up with some possible costume ideas that included feathers. I put the idea aside as it was August and didn’t worry again until October first. When I went to several craft shops to purchase feathers, I realized this was going to be a $200 project.

Next I went to the internet in hopes of not disappointing my princess. Sure enough, Amazon had feathers at a reasonable cost! I placed the order hoping for Prime only to realize peacock feathers ship from China. The arrival date? November 3, 2014 – November 10, 2014! I told my little birdie that there would be only a tutu, no feathers this Halloween. She was not disappointed.  She told me I could get feathers! Three more stores, a few wholesalers and we were not going to afford peacock feathers until – Craig’s List! A man had two pet peacocks. $20 for sixty feathers (normal $8 for two)! I met him 30 miles away and bought a new glue gun! I immediately commenced arranging feathers on a cloth hand fan as symmetrically and prettily as God himself does.    Three or four or ten finger burns and a million dollars in glue sticks, we had a beautiful tail of feathers; real feathers! Next, I added little blue feathers to fill in the bottom and hide the tons of glue. I used glitter shoelaces to tie the fan to her waist and ribbon to stabilize feathers to her shoulders. I thought the outfit was spectacular but Aleah informed me that the plain blue t-shirt leotard was not peacock fancy.  My seven year old daughter instructed me to mix green and blue glitter and glue it to the fabric. I did this with Elmer’s spray glue and we had a fancy peacock.

Next, we added silver sequins on the waist of her tutu and I sewed real feathers to the tutu front. We topped off with a high hair bun sprayed in glitter and adorned with a peacock feather hair-clip (also from Cjine: arrived in time), silver shoes and glitter sprayed legs as Halloween was in the 80s in San Antonio. ALeah did not want a mask, so we used dramatic black eyeliner, green shadow and blue glitter shadow. She carried her own hand fan and decided against a peacock cast. This costume was fun to make and more fun to wear. Aleah was all she dreamed of and said she dreamed that she was a real peacock and tried to fly! All she really did though was capture many smiles and  fifteen pounds of candy  without taking out too many fellow trick or treaters with her wide tail! 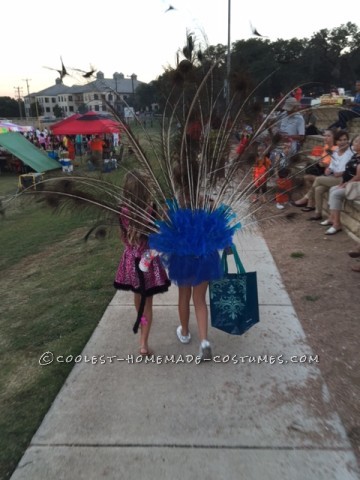 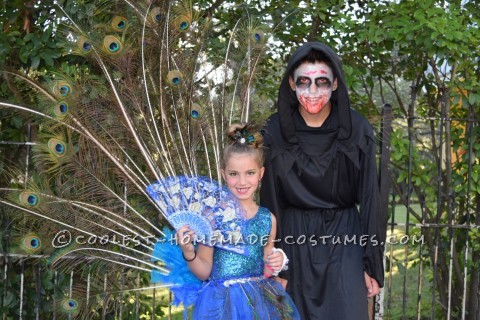 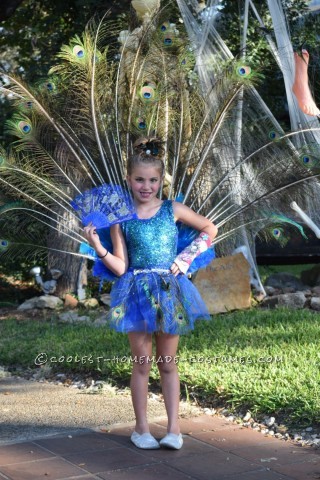 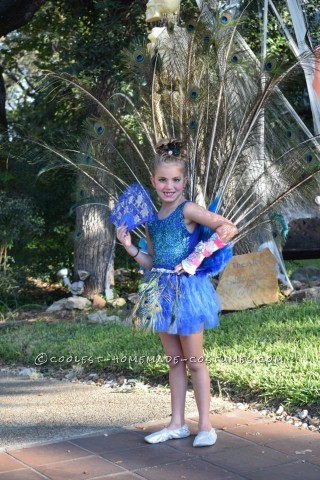 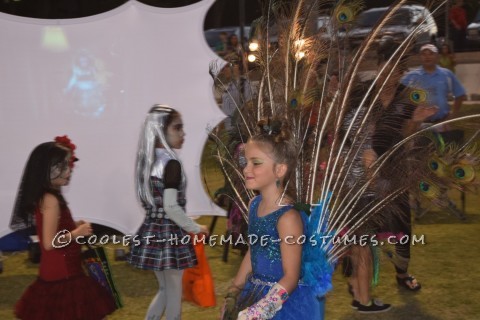 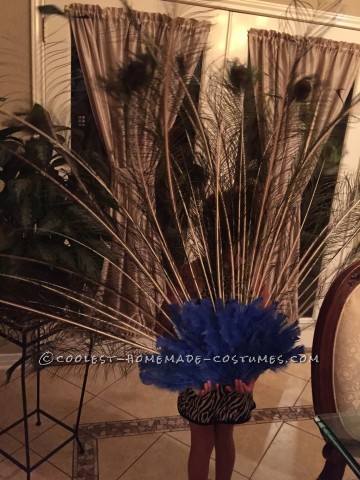 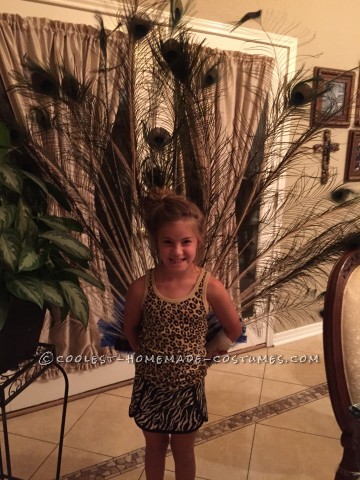