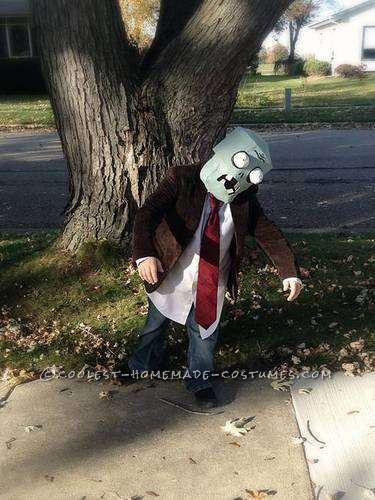 Ok, so our whole family LOVES playing Plants vs. Zombies.  (For those who don’t know, it’s a video game where you use plants in your yard to fight off the zombies trying to get into your house.  Why do they want in your house?  Because they want your BRAINS!!!)  This year for Halloween, my 6 year old son wanted to be the Flag Zombie from the PvZ game.  (The Flag Zombie looks like a regular zombie, but he carries a red flag with a brain on it.)

So, I thrifted the outfit from eBay sellers and thrift stores (and our closets). The dress shirt, tie and sport coat are the only things I spent any money on.  The mask and flag bag is what I made.  (After looking at photos, I wish I would have defined the stripes in the tie better with some white paint or something.  There are stripes there, they are just not as pronounced as I would have liked them to be in the photos.)

The mask started as a cardboard base (from the soda I was currently drinking and from the dinner I made that night).  I marked and cut where the mouth and eyes should be, and then paper mached the whole helmet/mask.  I put in balloons for the eyes, so they would POP out, but one of them somehow shrunk when I was working on it, so they look to be about the same size at the end.  Oh well, right?  :)

After the paper mache was dry, I primed the whole thing with some white gesso.  I didn’t want to have to go and buy any paint, so I dug around my house and found grey and black acrylic paint.  Well, the zombie color is a greyish tint, but also with some green.  I was like, what to do?  Ah HA!  Food coloring!  Yes!  So I plopped some grey acrylic paint and a few drops of green food coloring into my painting jar and VIOLA!  Zombie green paint!  (Sidenote:  If you are trick or treating in the rain like we did last night, SEAL the helmet/mask.  By the end of the night, the green, yes just the GREEN, ran off his mask and onto his shirt!  Haha, his helmet is still pretty cool, it’s just a dingy grey color now!)

So anyway, the mask is all painted up, but we didn’t want people to be able to see into the mask, so I added some black nylon behind the mouth part.  That way he could still breathe, but people couldn’t see in.  All night, people asked if he could see alright (they couldn’t see the hidden eye holes under the helmet/mask’s eyes) and thought his eyes were behind the mouth.

Now the helmet/mask is done.  Put it together with the outfit, and the zombie is ready!  Unless your child is SPECFIC about their choices like my son, then you’re not quite done yet.

We talked with our son about how trick or treating is hard to do while carrying a candy bag AND holding a flag, so we came to a compromise.  A flag bag!  I made a red tote bag out of some felt I had laying around, and appliqued a brain onto it, just like the flag in the game.  That way, he could still have his flag, and get candy, without Mom or Dad having to carry his stuff. 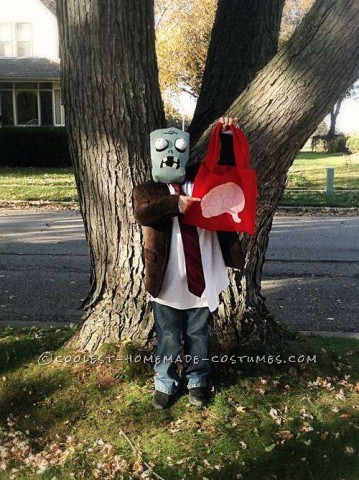 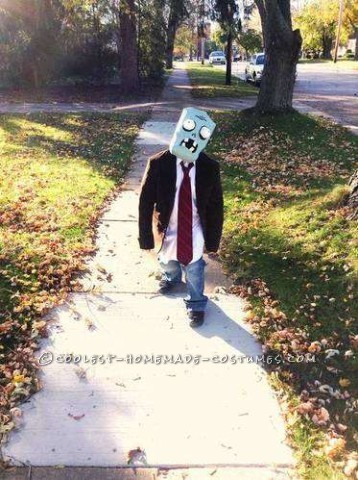 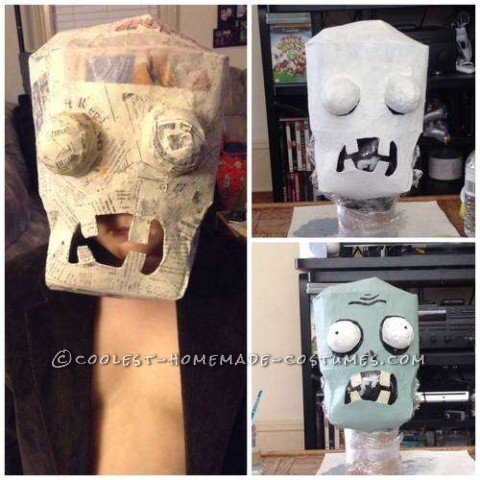 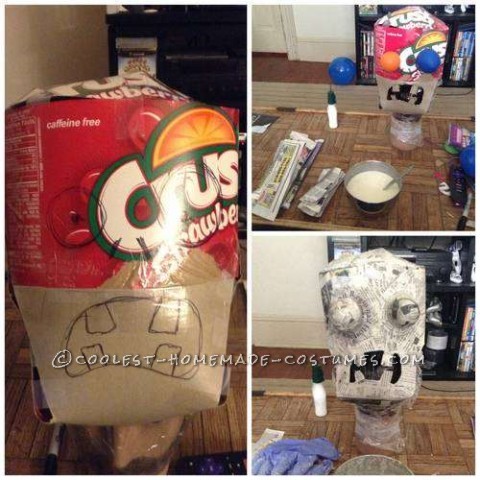 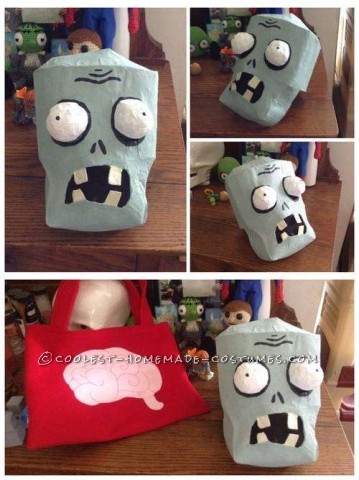