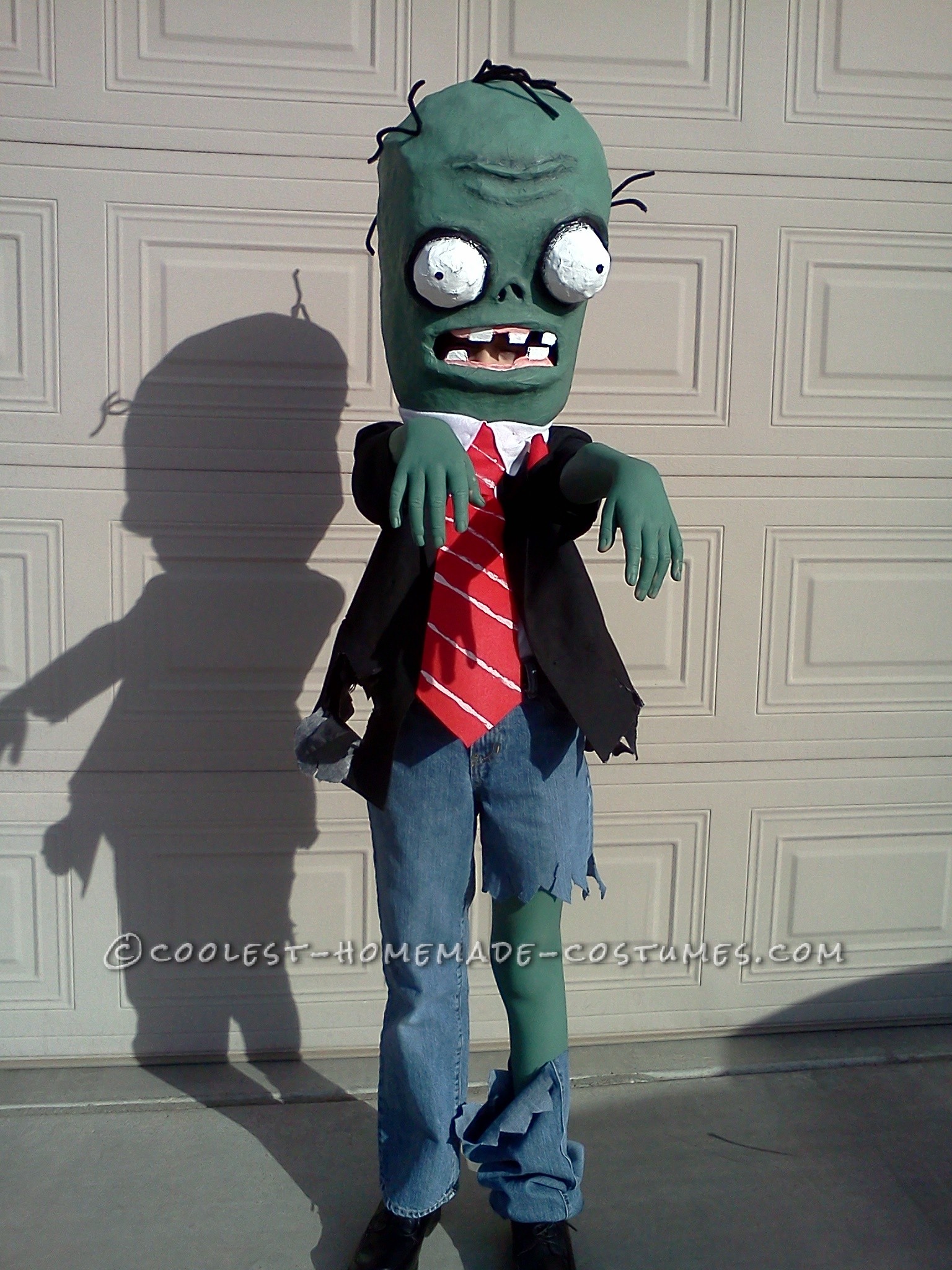 This year was my 10 year old son and I first zombie walk. After showing him examples throughout pictures of zombies for his makeup, he decided that he did not wanted to be a grotesque or gruesome zombie.  So we came up with the idea of making him into a “cute” zombie from Plant vs. Zombies.

This costume only took me 3 days to make and I pretty much used stuff I already had at home: newspaper, flour glue, cardboard and acrylic paint.

The head is made out of paper Mache (newspaper and flour glue) except for the face part, I had precut the teeth out of cardboard for firmness and added paper Mache around to give it a shape. I used acrylic paint to give it character and give it life. For the hair I used pipe cleaners. I made a collar and tie and glued it around the neck of the mask to cover my son’s neck and make it look more “real”. Had some old clothes that I ripped up to make it look close enough like the character.

He became the most amazing and unique zombie of the night! People could not stop staring and asking for pictures. The costume was a huge success and my little zombie could not have been any happier. 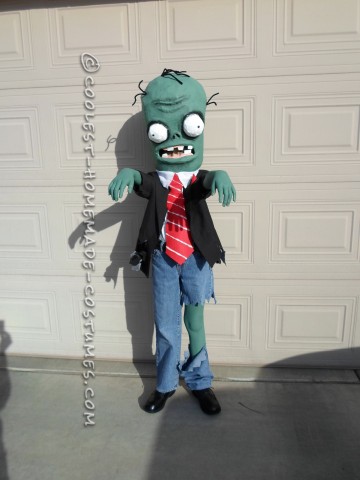 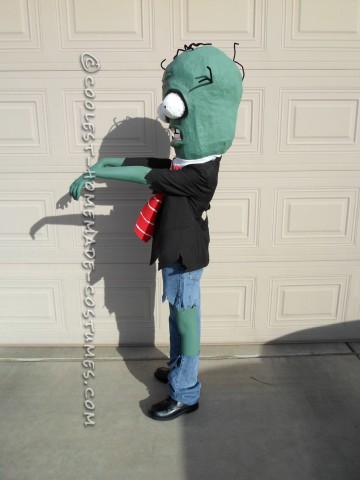 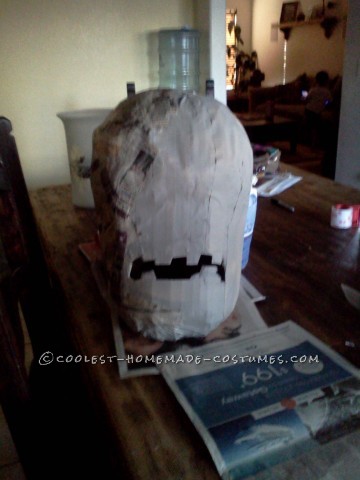 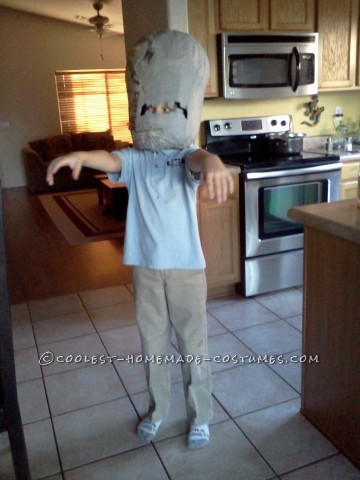 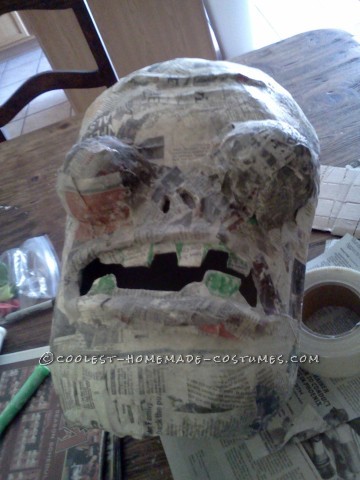 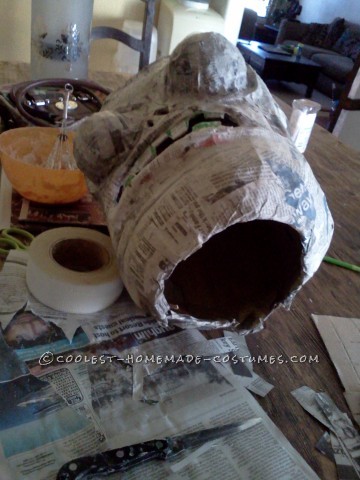 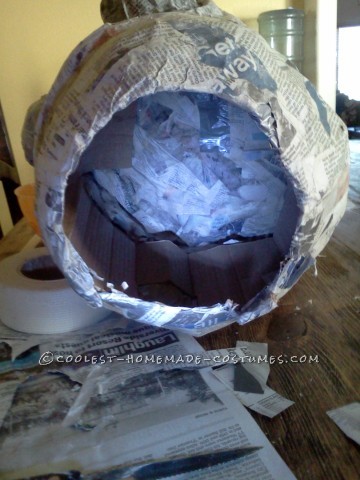 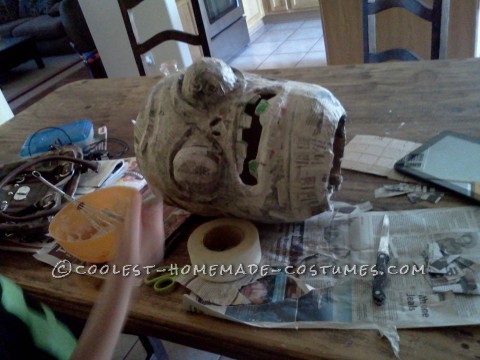 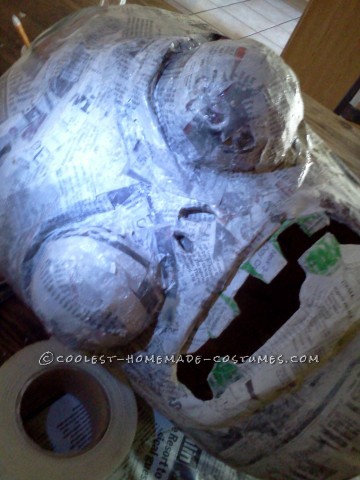 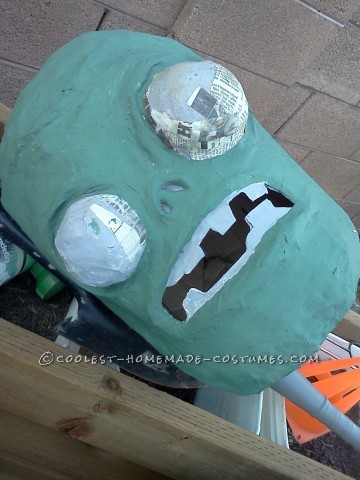 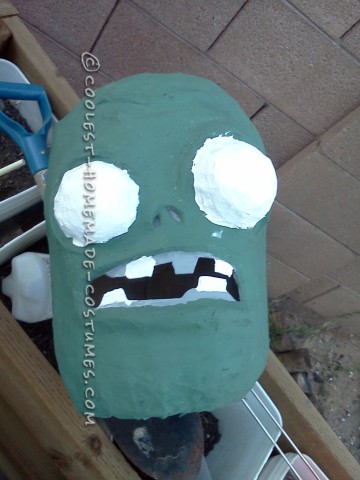 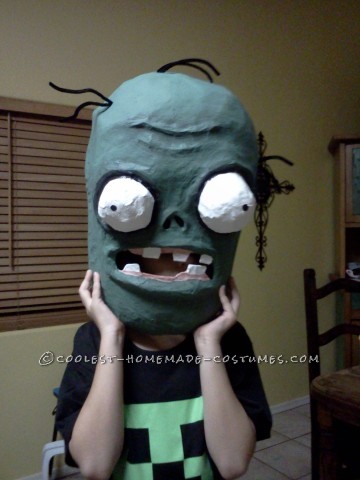 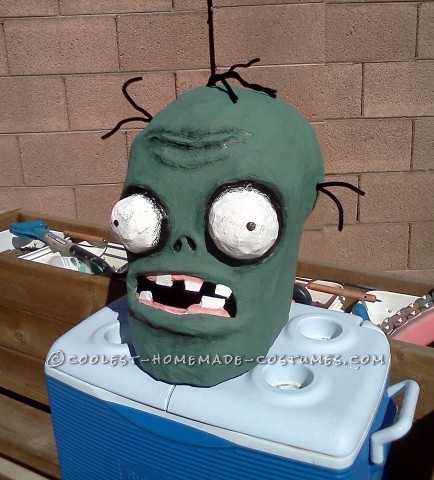