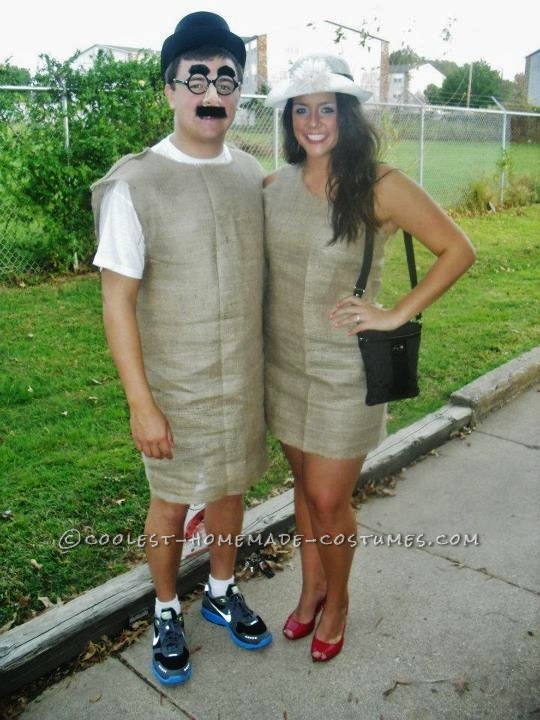 My boyfriend and I wanted to be Mr. and Mrs. Potato Head so badly but all the costumes out there were just “slip on over the head” costumes with their faces on them. We wanted something better! That’s when we came up with the idea of making outfits out of actual potato sacks.

We measured ourselves and just started cutting. It was so much fun to cut out these potato sacks and try them on. It took a few tries before we got it just right. For “Mr. Potato Head”, we cut just a basic head hole and two arm holes. For “Mrs. Potato Head”, we made it a little sexier and made it a one shouldered dress. Everybody loved the idea.

To top off the costume Mr. Potato Head wore a top hat, a face piece that had bushy eyebrows, a big nose and mustache all included and blue shoes. Mrs. Potato Head wore a white hat with a flower pinned to it, bright purple eye shadow with red lip stick and red shoes.

The costume got tons of compliments, was super fun to create and was totally affordable. Please use our idea and create your own amazing memories of, “the night you were Mr. and Mrs. Potato Head”!