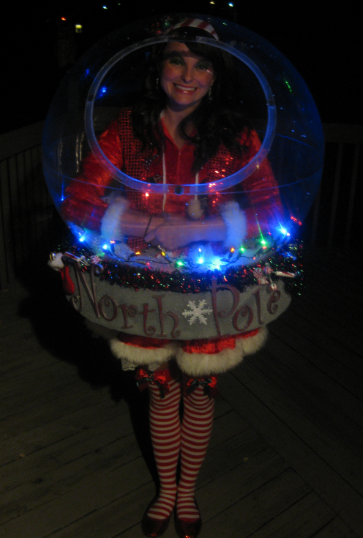 I decided about two days after Halloween that the next year I wanted to be a snow globe.  Not just a snow globe, but a functioning snow globe.  Lucky for me I was able to combine my craftiness with my husband’s electrical engineering brain to make that happen.  However, it turned out to be a bit more expensive than planned and it was heavy.  Really heavy.

The globe is made out of an industrial street light which we ordered off the internet.  We cut a hole in the front so I would be able to get things in and out, and communicate throughout the night.  The bottom is made out of plywood and insulator board.  I decorated the outside with various Christmas decorations from Hobby Lobby.  I spray painted wood letters and glued those to the front to signify where my globe was “from”.  I also had Christmas lights as an added touch.

The actual function snow part was created from an air mattress pump and fake snow from the craft store.  I was able to feed the “snow” in and it sent it up through the tube that gave the snow effect.  The globe fit snug around my waist but I also had suspenders (from Home Depot) that helped evenly distribute the weight.

Although I regret it I didn’t get a good video of the snow effect, just a few short clips. 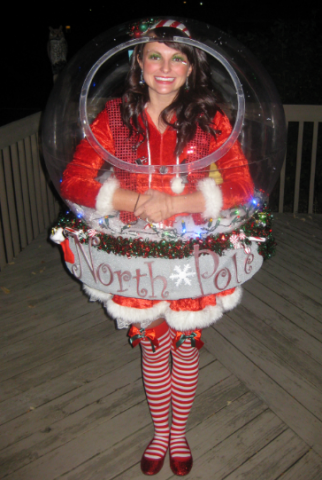 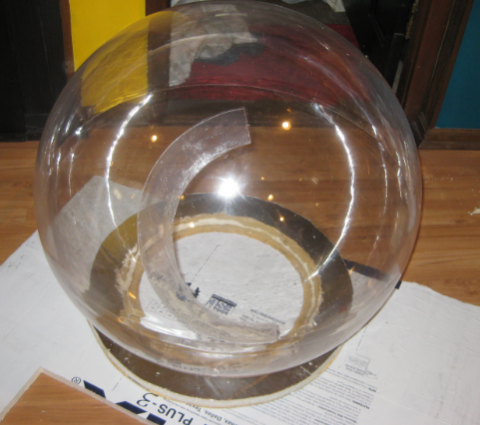 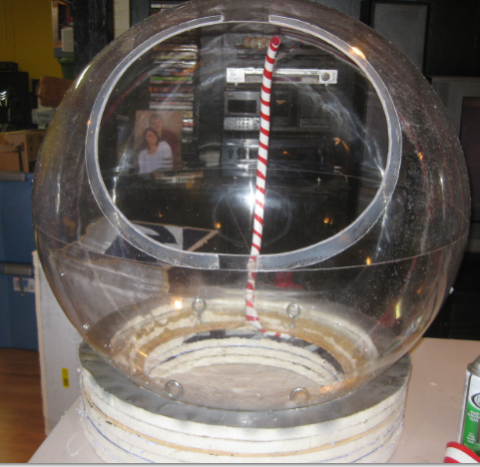 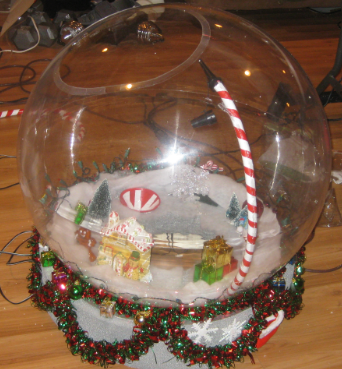