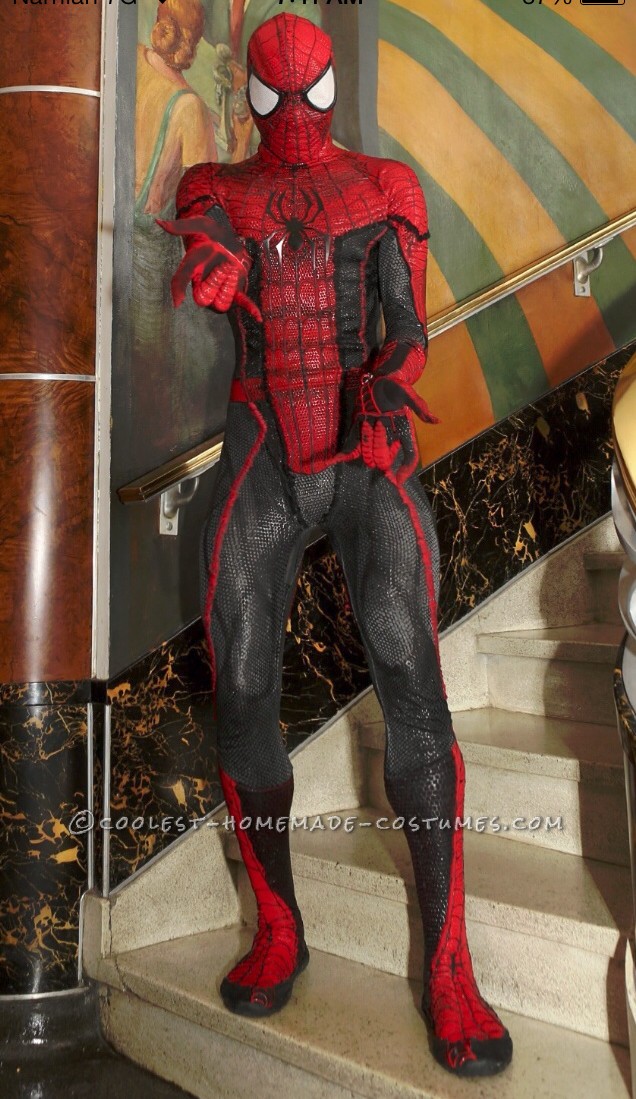 Spiderman has been my inspiration ever since I was a little tyke. I borderline model my morals after him. I exercise to get as close to doing what he can do, and I’ve always wanted an awesome Spiderman costume. Problem is, all the ones I would see online were uber expensive. At the time I thought these expensive costumes were so awesome, but after I made my own they looked cheap and awful.

I didn’t want to make a Spiderman costume that already existed, so I went to the sketchbook and started brainstorming. I wanted the costume to be black and red, since that’s what Stan Lee actually intended it to be, like a Black Widow spider. I didn’t want it to be too scary so I kept the big white eyes, and I liked how the suit from the first Amazing Spiderman movie was shiny so I had to do that too. I also wanted really rough embroidery lines and asymmetrical web lines to make it look more “organic” if that makes sense, like it was made by a person, not a computer. This ended up being the result of that.

How to Make the Costume

Reactions to the Costume

When children saw me, they flipped out so hard. It was incredible, and reminded me of myself when I was that age. I love giving children the joy of being Spiderman, and I suppose I have selfish reasons too. I also like having children admire me like I am Spiderman, so it s a win-win for everybody.

When my friends and adults see me, they’re amazed that I made it myself. When I wore it to school even the principal called me into his office to talk to me about it. I’ve heard many times that I look straight out of a movie and that I even make a better Spiderman than Andrew Garfield or Tobey Maguire. I personally don’t know about that, but I loved the reactions I got. 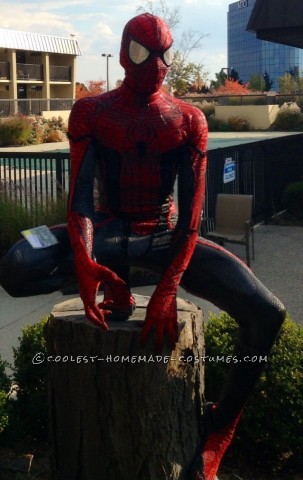 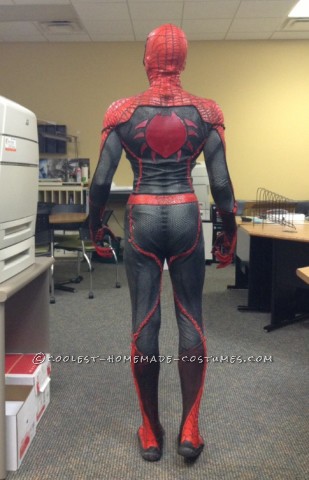