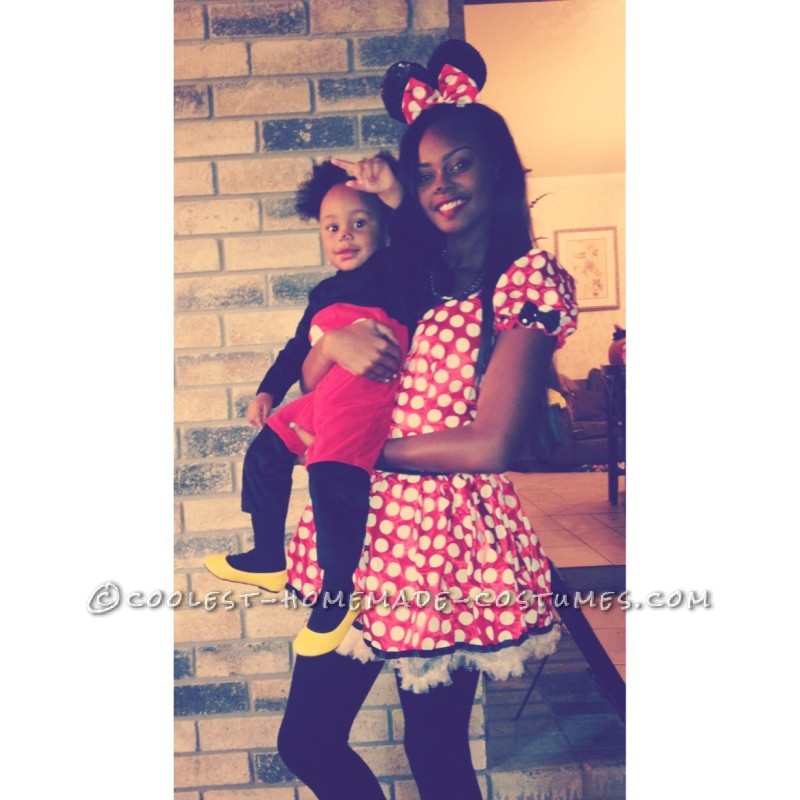 All year I would comb my son’s hair into two puff ball side ponytails, due to which my cousin stuck to calling him Mickey. So for Halloween, I knew for sure he would be Mickey and because of our strong love connection, I just had to compliment him by being Minnie.

I started off by purchasing our costumes. Mickey from Walmart, and Minnie from Party city (included dress, gloves, and ears). After that, I had to decide upon a shoe, for me, I was like “okay, I can get yellow flats from the beauty supply”, and when I couldn’t find yellow shoes for him, I embarrassingly had to settle with buying him yellow girl flats. But funnily, I must admit, he loved them. He even tried to fight me for mine! I purchased us both black socks , and black tights for myself. I drew an oval on his nose and a heart on mine with black eyeliner. Instead of wearing the Mickey hat that came with his costume, I let his puff ball ponytails substitute for his ears. As we trick or treating, we received many compliments, were asked to stop so that people could take pictures. On posting our pictures on Facebook, we received complementing comments, a lot of shares, and many likes. Then an old classmate suggested that I enter us into a contest, and being that I love Pinterest, here I am! We hope that you guys enjoy our costumes as much as we enjoyed being in them! 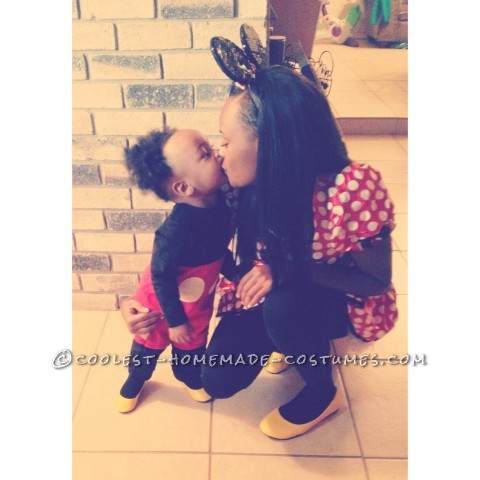 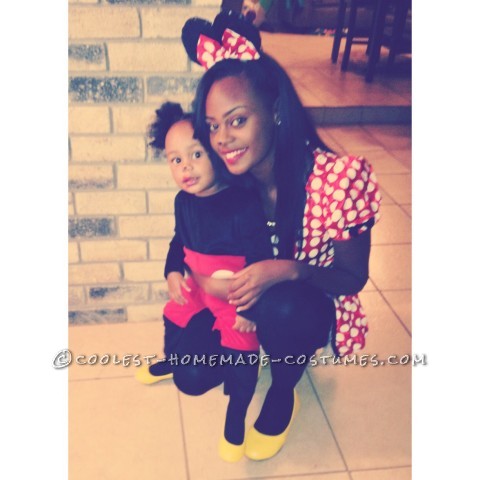 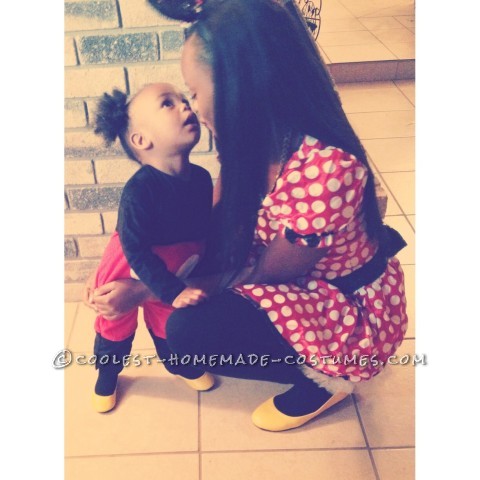 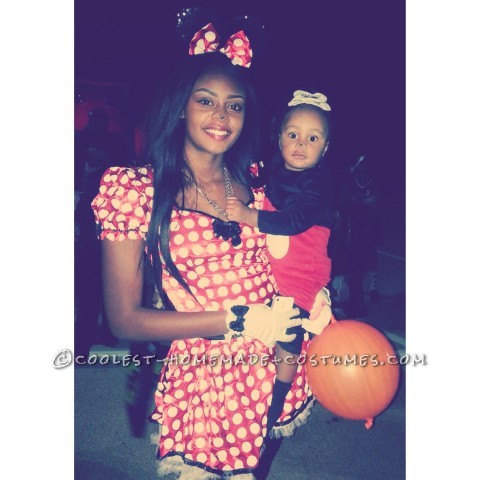