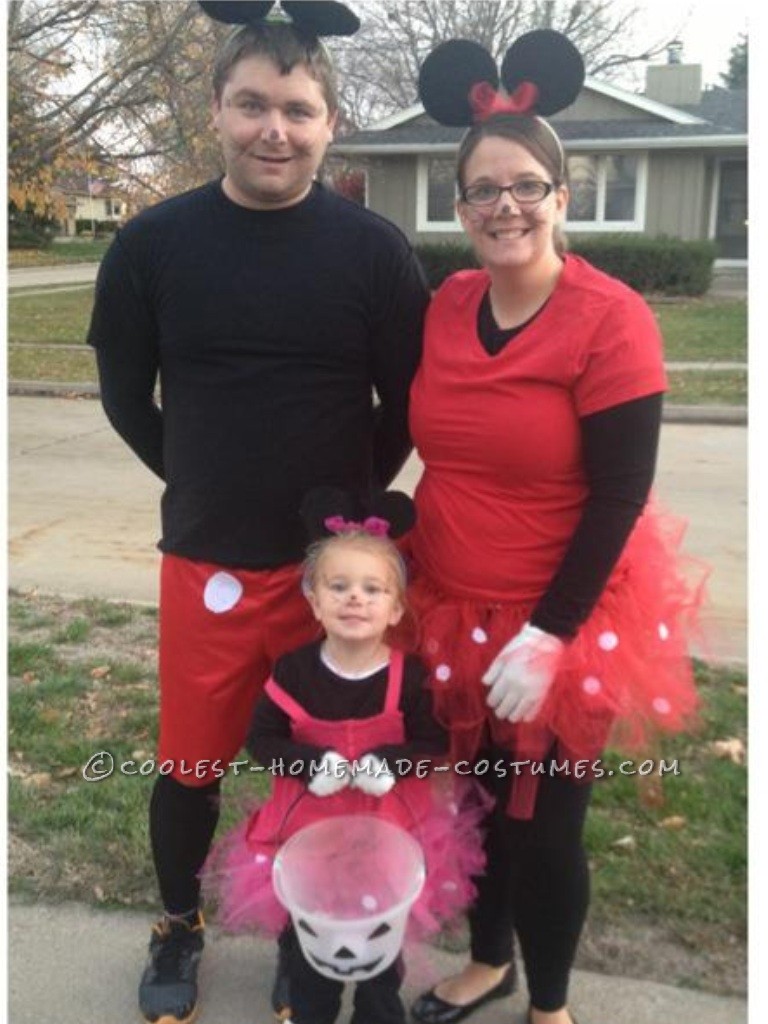 Last year we decided (well…I decided) my husband and I would dress up when we took our daughter trick-or-treating. My 3 year old wanted to be Minnie so I went off that. Its always cold here in October so we had to make sure to layer up.

For my daughter’s costume I used black sweatpants, a black long sleeve, and a pink tank top she already had. Then I bought a few yards of pink tulle and made a tutu. I used white felt and cut circles. I just used hot glue to put them on the tutu.

For me I used black leggings and a black long sleeve I had in my closet. I bought a plain red T from Walmart for like $4. Then I made a tutu with red tulle and used the same white felt for the dots.

For my hubs we just used one of his Under Armour shirts under a black T. I bought him a red pair of Champion mesh shorts for $7 from Target, and he put on some of his softball socks. Once again I used the same white felt for his shorts, but instead of hot glue I just stapled the so he can wear the shorts later if he wants.

To finish it I made ears with black felt, hot glue and dollar tree headbands for the three of us and $3 white gloves from Walmart. They came in packs of two so it was only $6 for four pairs. I think total I spent $30 for all three of us. We got lots of comments from people when out and about with our daughter. And she loved having Mommy and Daddy with her (even if Daddy wasn’t exactly thrilled about it, lol). 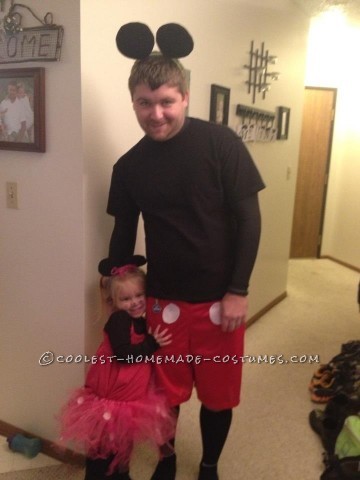 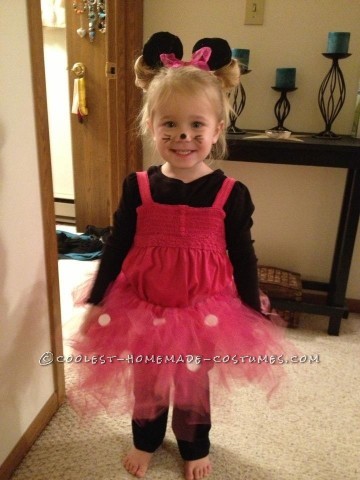