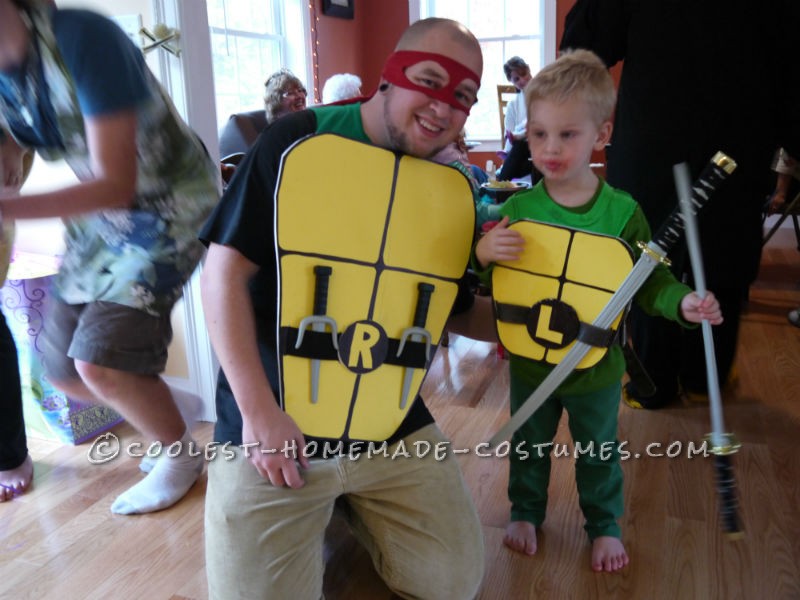 As a guy in my late 20’s, I grew up on the Ninja Turtles. Now that a new show has started up, my son, who is 2.5 also loves them. When my wife asked him what he wanted to be for Halloween, he said he wanted to be Leo. My heart filled with pride, and my mind filled with ideas. I tried to get his two sisters to join in so we could be all four turtles, but they wanted to be princesses, so there were only two of us turtles, but we had an awesome time on our  daddy and son Ninja Turtle Costumes! cowabunga dudes!

The shell is made out of a turkey roaster pan. I got a small one for him and a larger one for me (although still a little too small). The front is made of a sheet of that thick Styrofoam poster board. We also had to buy some green spray paint, a thick black sharpie, and I didn’t go completely homemade, as we bought some toy swords from the dollar store. The other things we used, I just found around the house: some safety pins, old green, blue, and red tee shirts, a couple old belts, and a newspaper for the paper mache.

I bought all the stuff on Tuesday (for the Saturday party). Wednesday night I did the front pieces. That was simple. I used a box cutter to make a square with a height from neck to waist, and width from about as wide as the shoulders. Then I cut them into a more “chest-like” shape and using the black sharpie, drew in the shell/muscle (which are they?) lines.

After finishing the fronts, I rounded out the turkey pans to look more like a shell/dome type thing. Then I put on a coat of paper mache, which I have never done before! I just used equal parts water and flour and cut about 1.5″ strips of newspaper. It was messy but fairly easy.

Friday night I used the black sharpie on the shell. I drew the lines and did the edges. After that was the real trick: how to get this thing to stay on. I tried a few ideas with string to strap it over the shoulders but that didn’t really want to work, as the shell or the front would slide out of place. Finally I decided to try an old green shirt. I cut away everything except about from the neck down about 6″. I safety pinned the shell to the back “flap” of the shirt, and safety pinned the front to the front flap. Then I super glued the safety pin closed so it didn’t pop out and stab my son. That got the two pieces on, then I secured it by making belt loops on the outside edges of the front and shell (and also around the “belt buckle”) to feed the belt behind it. So, the belt secured the bottom, and the shirt secured the top.

Saturday morning we tried everything on and made sure all the parts were secure. We cut the red and blue tee shirts to make the bandanas. I made the eye holes extra big because they move around a lot. I thought it might be cool if you had some of that black see-through material to put that in the eye holes. It would look pretty sweet, but we didn’t so we didn’t!

We suited up Saturday afternoon for the party and everyone loved the daddy and son Ninja Turtle costumes! They couldn’t believe they were homemade. My son played in his all day and it stood up to the beating well. It is still in good shape for wearing out trick or treating, which says a lot when a 2.5 year old has been playing in it all day! We both had a great time and lots of fun!

I was one proud Daddy! 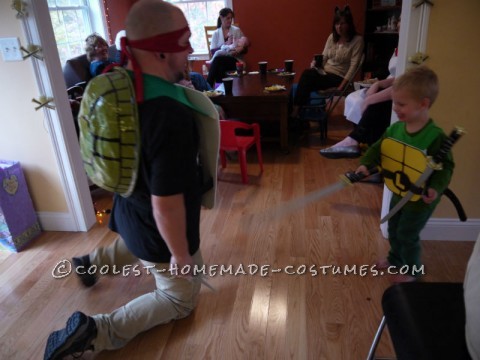 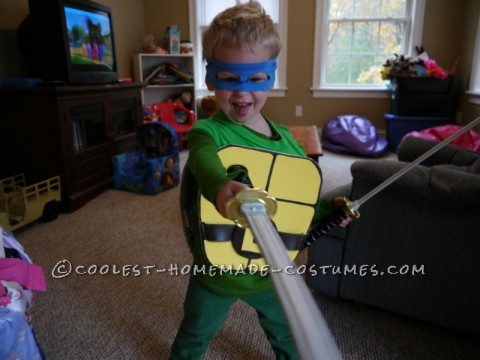 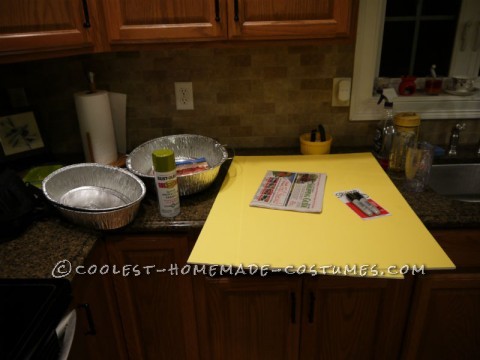 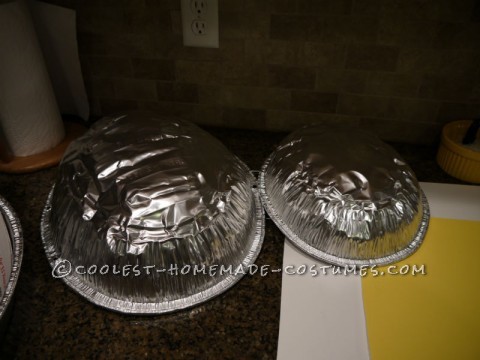 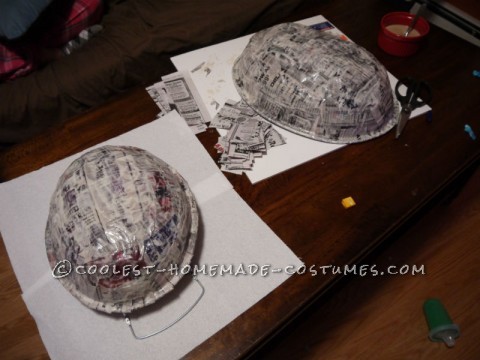 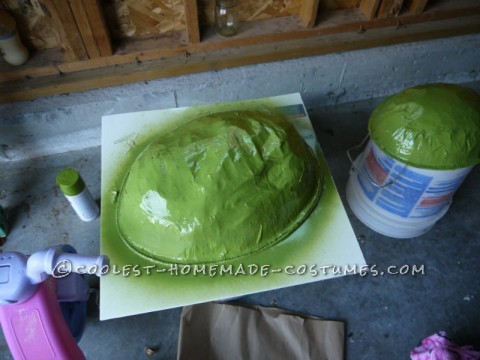 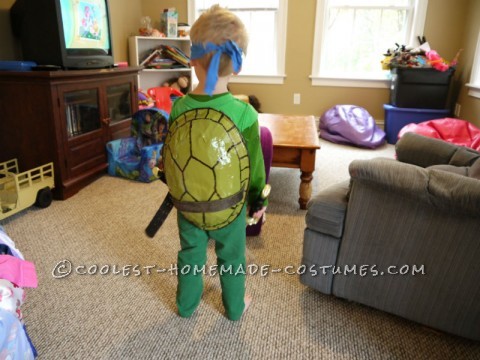 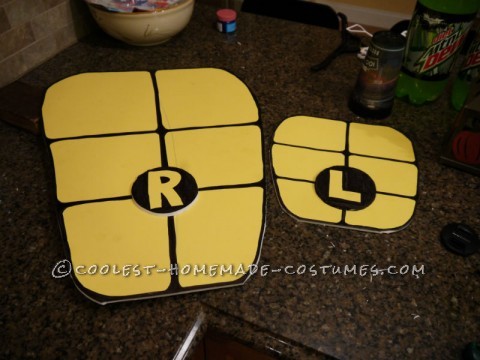 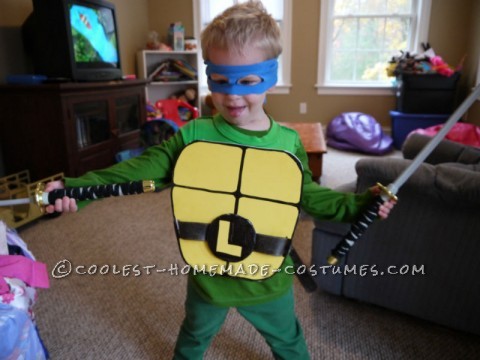