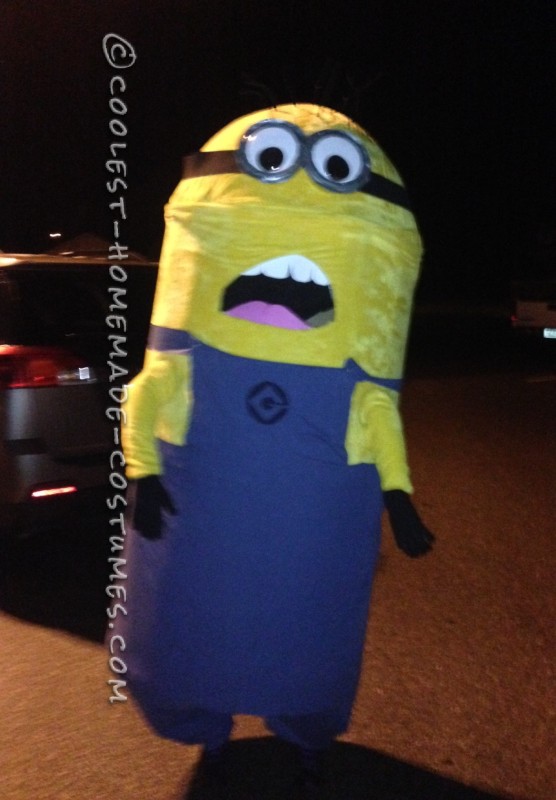 I think I have outdone myself on this year’s costume. I decided I was going to be as realistic looking of a Minion as I could be for being which turned into a 7 foot tall chubby yellow guy and I love it! It’s made mostly of cardboard and paper mâché, and covered in a blanket and the overalls are an old sheet.

The eyes are made from 2 dog dishes, goodly eyes from a craft store and a guant elastoc band which are just bolted on through the paper mâché. Once I figured out my design it actually was quite simple and cheap to make. The response I got when I went out in it was amazing! I felt like a celebrity, I was barely through the door and had people standing around me asking for pictures. It’s a definite head turner and was a blast to wear out and dance in. Made for a night of laughs. 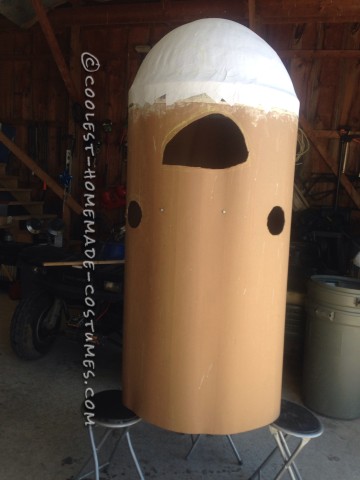 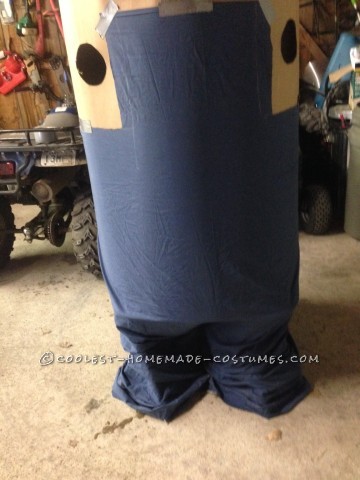 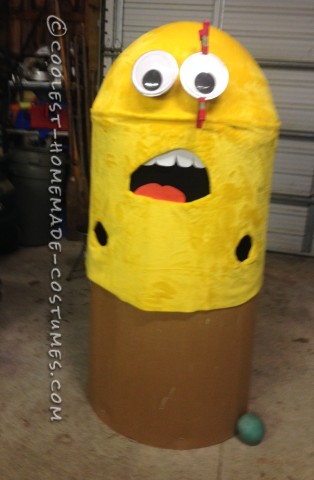 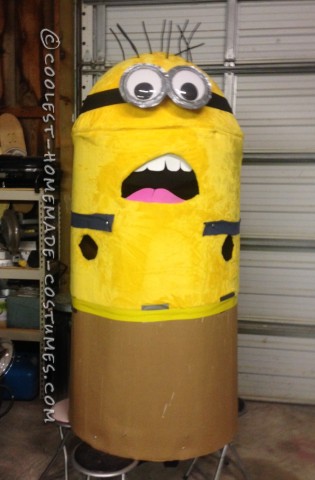