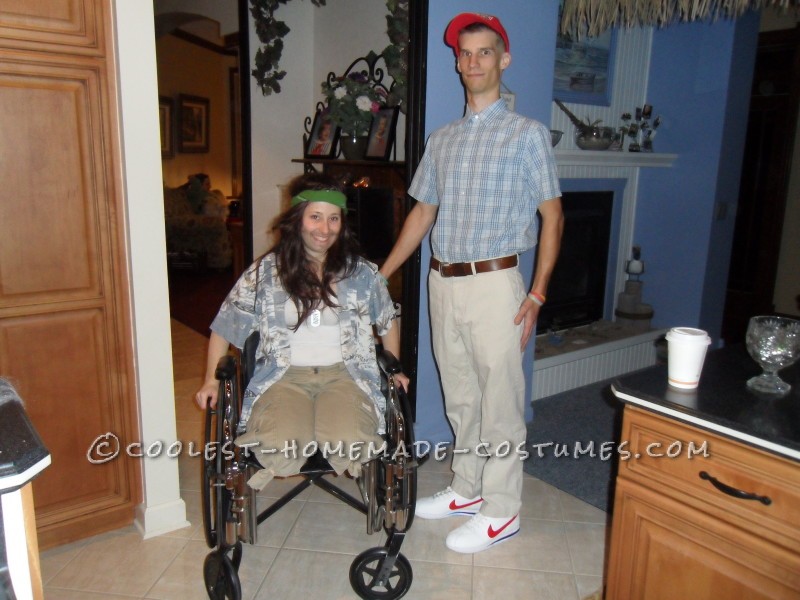 I had the wheelchair laying around and everything else was pretty easily obtained with strategic Salvation Army shopping (and a very course wig). Her flexible nature made the missing limbs convincing and short stature becomes a non-issue when you’re seated.

The Nike Cortezes had to be bought new and prepped and painted with leather paint. 80$ and a handful of hours into the shoes alone but I don’t like to do anything halfway.

The costume was critically acclaimed by the guests at our party. We’ve accepted that we peaked early and that every future costume will be compared to this–and that’s all I have to say about that.