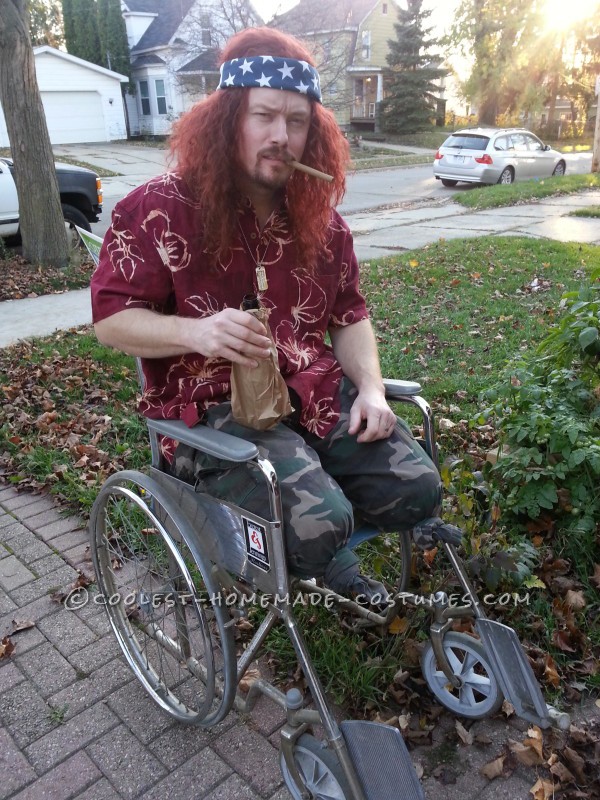 My husband and I attend an adults-only outdoor costume party each year, and we usually like to do some sort of a couples costume.  I came up with the idea of doing Forrest Gump and Lieutenant Dan, with the thought that I would be Dan and my husband would be Forrest.  This reasoning was based mainly on the fact that I am the more flexible of the two of us, and whoever was Dan would have to sit on their own legs in a wheelchair all night.  However, as the day approached, my husband decided HE should be Lieutenant Dan (mostly because I think the idea of drinking out of a paper bag all night appealed to him).

Our costumes were very cheap and simple to throw together.  We went to a thrift store and purchase camo pants and a Hawaiian shirt for “Dan”.  Forrest Gump only required khakis and a short-sleeved plaid shirt, as well as a cheap vintage suitcase.  In addition, we bought a cheap reddish-brown frizzy wig, a bandana,  red baseball hat, a set of kids army dog tags (from the Dollar store), and a box of chocolates.  We also borrowed an old wheelchair from a family member.

I printed out a “Bubba Gump Shrimp Co.” logo and glued it onto the baseball hat.  That was about it for Forrest’s costume!  Then we got to work on Dan: I had my husband sit on his legs in the wheelchair while I marked where his knees were inside his camo pants.  Then he stood up and I cut the pants in back (so his legs could come out those holes).  I took the bottom of the pants, below the new holes I had just cut out, and knotted them in front, trimming off the excess.  When my husband stuck his legs through the holes and sat back down in the wheelchair on his legs, it gave the (eerie) illusion that he had no legs below the knees.  At that point we simply added his Hawaiian shirt, dog tags, wig and bandana, and headed out the door.

I will NEVER forget the moment when I wheeled my husband through the gate into the backyard where the party was underway.  You know those moments in movies when the music goes, “RRRRrrrriiiiiieeee….” and everybody stares?  That’s exactly what happened.  You could see the pity and feel the awkwardness, because no one recognized us at first.  Nobody knew what to say to the “poor guy” with no legs….until the “poor guy” shouted out, “LIEUTENANT DAN IS HERE TO PARTY!”.  Once everyone realized the guy was my husband, he was the absolute HIT of the party!  He won the costume contest by a landslide!

I will mention that while we made a good team, I make a TERRIBLE Forrest Gump.  Somehow a 5’3″ woman doesn’t make a great Gump.  But, at least when we stood side by side, people kinda got the idea of what we were supposed to be together.  Plus all the people at the party really enjoyed when “Forrest” started handing out chocolates!  :) 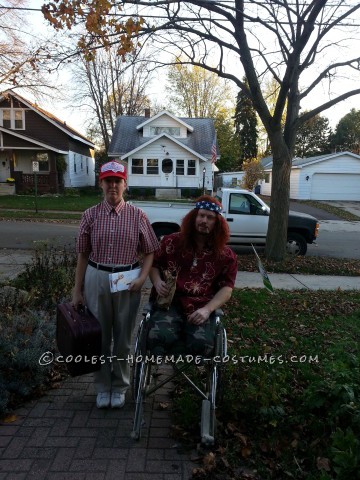 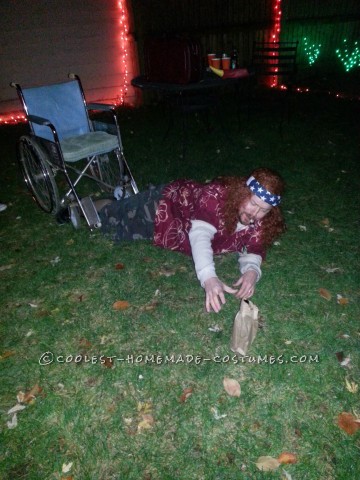 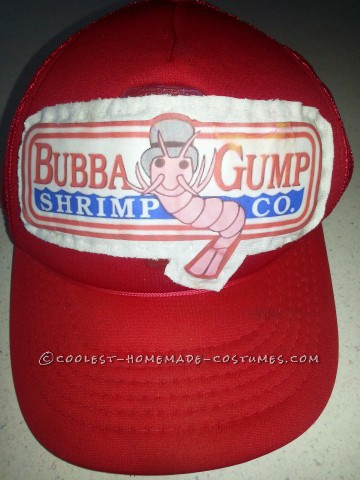 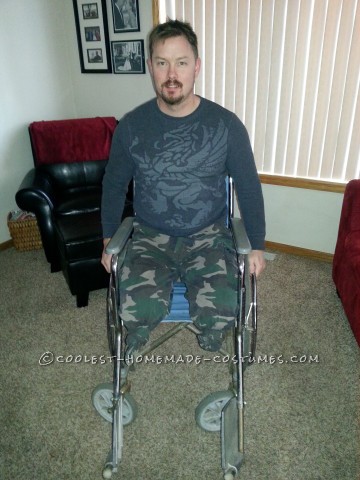