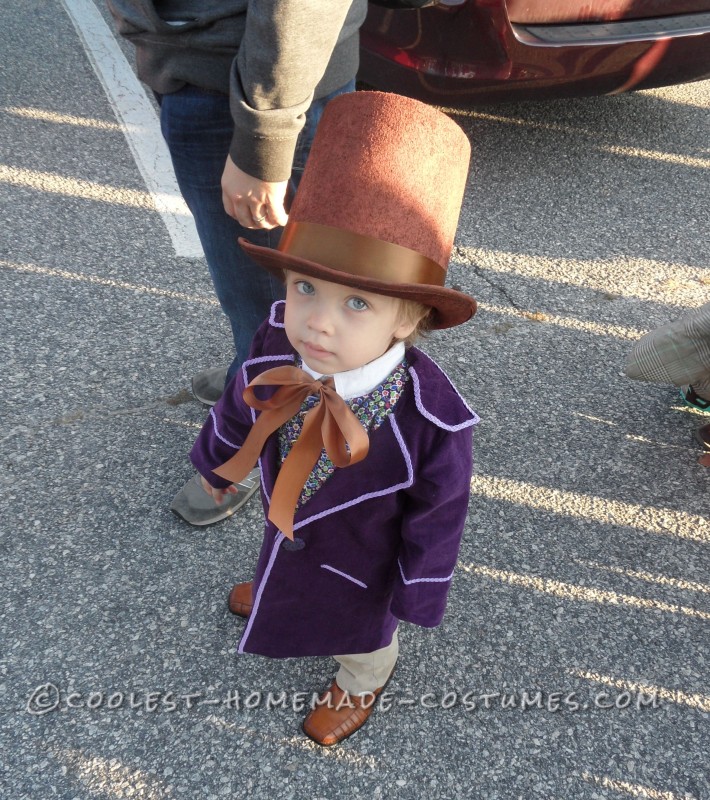 My son, who is three, is wearing this costume. I gave him about 9 options (when he was two) and he said no to all of them. So I randomly suggested Willy Wonka and he started screaming “yes”. That started the ball rolling. I picked up the fabric for the vest and coat at Joanne,which was one of the most difficult parts. Im a perfectionist, so finding the right fabrics was a nightmare! I dont know how many times I googled “Willy Wonka” or howmany picturesof him are saved on my phon and computer!!! The hat was actually an Abraham Lincoln hat I found at party city, and I painted with acrylic paint and embellished with ribbon. I purchased the buttons and ribbon at Hancock and the light purple trim at hobby lobby. I had a hard time finding te embellishmets I wanted, as again, everything had to be just right! I would find myself eyeing something and saying, “oh, that’s willy wonka-esque.”  Im not a great sewer, so I enlisted my mom’s help. This was a great thing fr her bcause she livesin wisconsin, and doesnt get to partake in tis holiday,xcept throgh pictures ad wasexciting formy son, becasue he wouldget to wear sothing nana helped make for him ! She created the jacket and vest, from, oddlyenough, a piratepaten! She had to make soe adjustments to fit my demand’s tht it loo asclose t the movie’s ensamble as possible… AS IF ANYONE would even notice or care, besides me!  I added all the embellishments, like buttons and trim. This costume cost about $40 and was a hit. Strangers at the festivals were asking to pose with him in pictures! Luckily we made it bigenough that he got two halloweens ou f it! I will never foget his costume and the reactios we got, nor do I know if I can ever top it, now that he gets to decide what he wats to be! 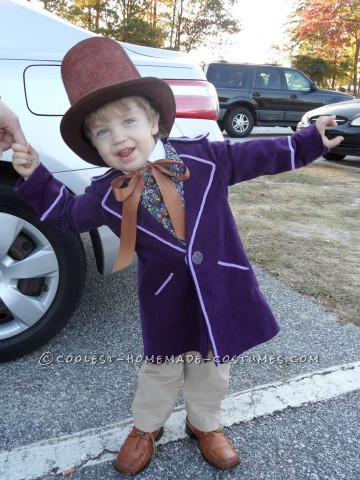 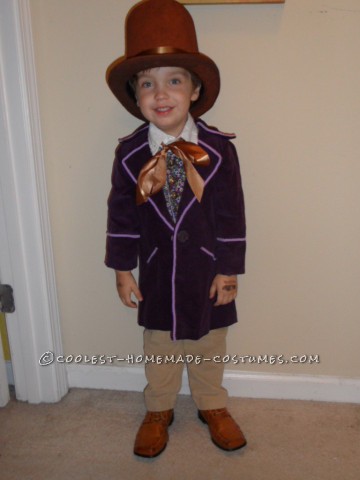 1 thought on “Little Mister Willy Wonka Costume for a Toddler”