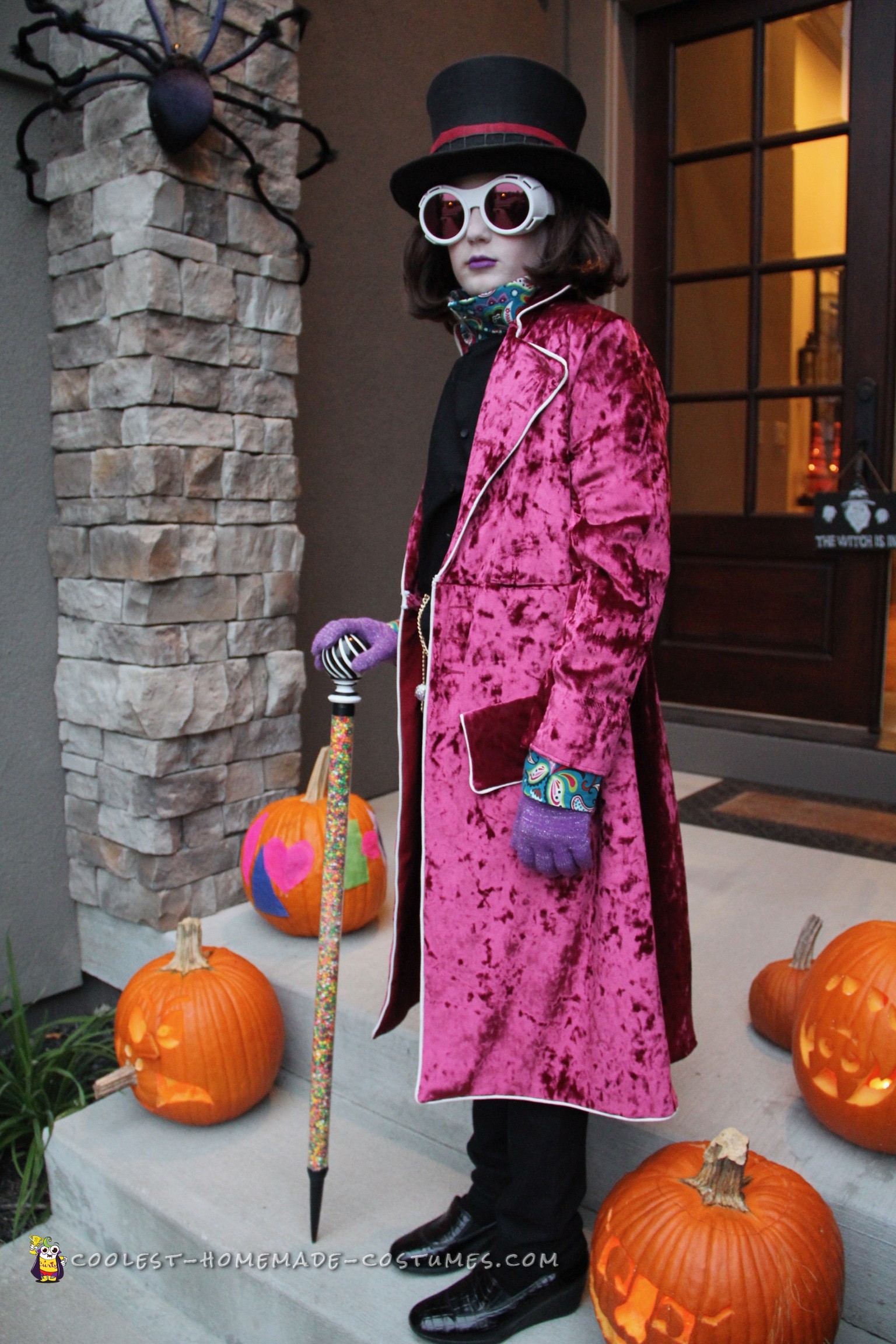 My son loves movies and wanted to be Willy Wonka (Johnny Depp). I used crushed velvet for the coat, lined it with satin. I have never made a coat before, or sewn with stretchy velvet, so needless to say there were many stitches ripped out. I made the jacket, the vest, the undershirt and the hat adornments. The trademark W brooch is made from a mirrored cardboard. The ‘gobstopper pocket watch’ is constructed from a gumball covered with jewels.  The cane was made with a florescent light bulb cover, filled with a dowel for structure then filled with nerds candy and topped with a curtain finial.  Since Willy Wonka wears a heeled wedge, we found women’s shoes at the local thrift store. All night my son kept commenting on how uncomfortable women’s shoes truly are!

When he arrived to school on Halloween, many of his classmates didn’t even know who was ‘inside’ the costume.  The best feeling came when I heard “you made that?!?!” from most everyone who looked closely at the costume. Many people can’t imagine sewing anything, much less a structured suit coat.

We took the kids to a local contest last weekend and as soon as we showed up, the owner of the store took one look at my children (Willy Wonka and his sister, Candy Girl- also homemade) and said “well, there are first and second place.” We had to wait for the contest to begin, but did eventually end up in first and second place.

Each year my children go through numerous possibilities when choosing costumes.  I get joy from being able to make their creations come alive and look truly like they do in the movies, or in their imaginations.  My son and daughter get joy in being able to show off their original creations and being truly unique at the school Halloween parade.

My neighbor took photos of the children in the costumes as they got dressed for Trick or Treating.  He has a fancy camera and a pop-up photo “studio.” 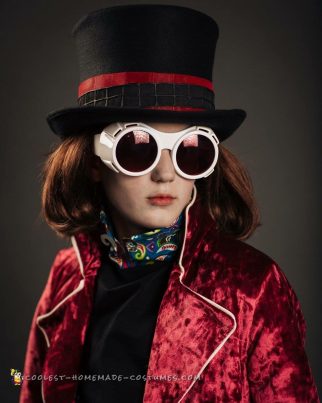 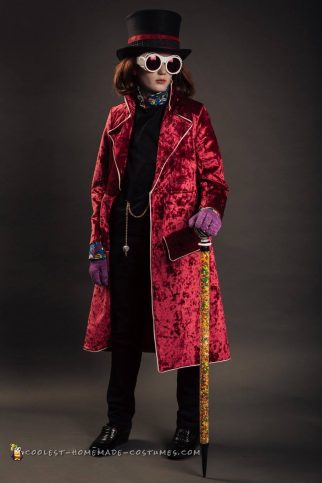 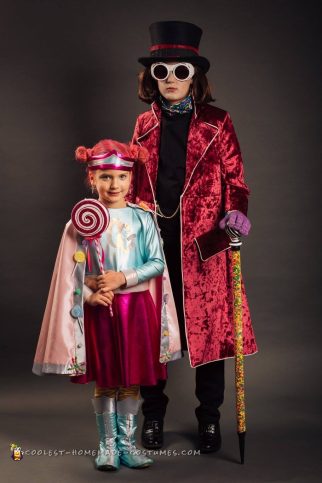