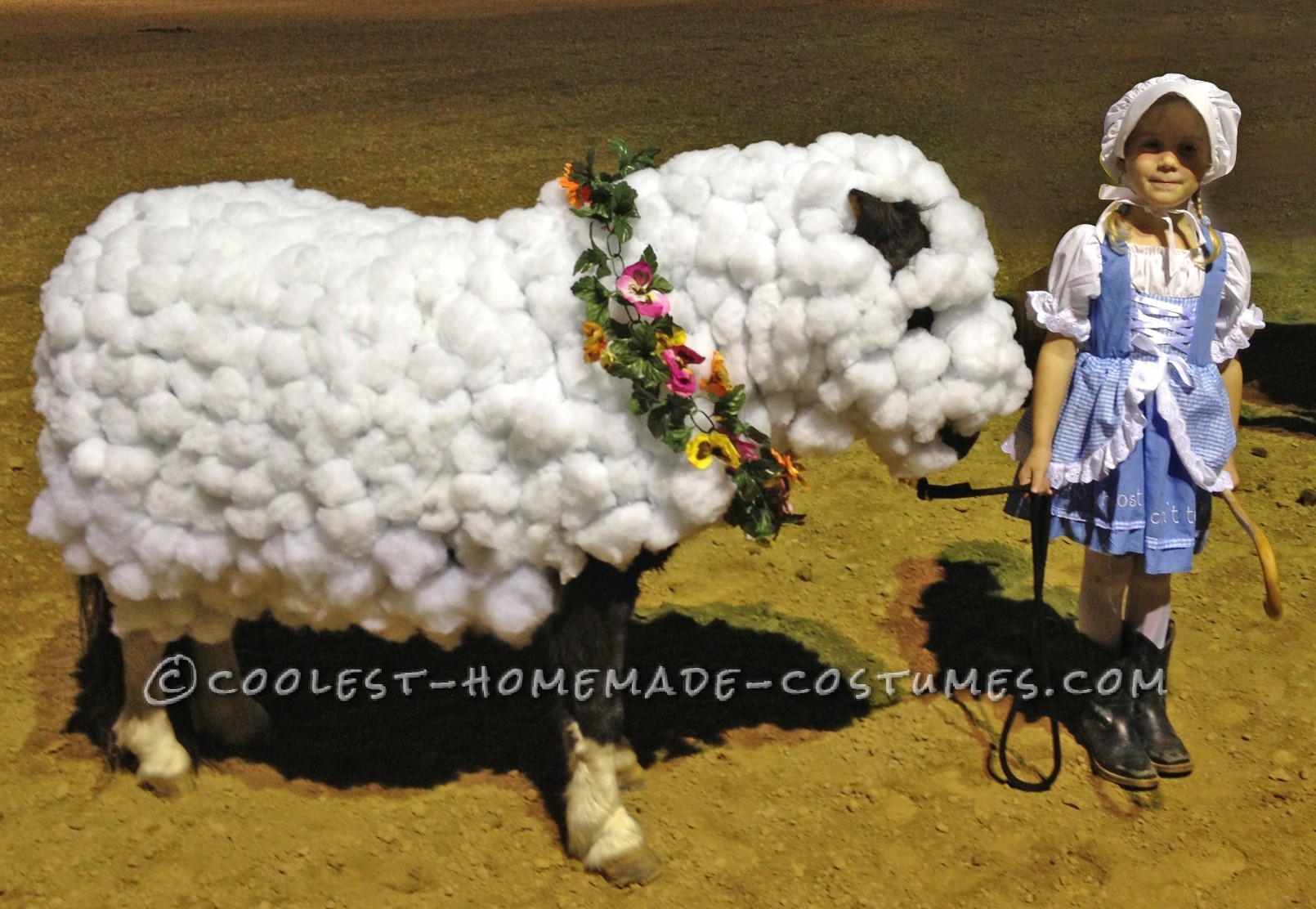 Every year we compete in a fun little local Halloween Horse Show, the prizes are just ribbons but everyone really gets into it and it is an absolute blast! This year we went the extra mile and got a HUGE reaction from our costume! Everyone laughed, Ooooo’ed and awed and just had plain fun!

Sometimes it is a challenge to come up for a theme that can be executed on a horse and rider together. This year we came up with Lil’ Bo Peep & her sheep. Fuzz Buster, the amazingly tolerable pony, played the sheep. My daughter’s costume was purchased from a friend and the bonnet was hand made. The staff, which was passed down from my great great uncle who hand made it, completed her outfit.

Fuzz’s outfit was a bit of a challenge. I started out with a spandex hood for the pony that went to his shoulders and had cut outs for his ears and eyes. I purchased three bags of poly fill from Walmart and for hours I tore it apart and formed big balls of cotton. Next I glued and glued and glued. It took two days of gluing and lots of burns to complete the hood. Next, for the pack portion of his costume I puchased a cheap fleece blanket and did the same thing, two more days of gluing! We tied the two pieces together with safety pins. I completed his costume with a garland of flowers around his neck and then it was show time! We literally had a BLAST and he was so good. 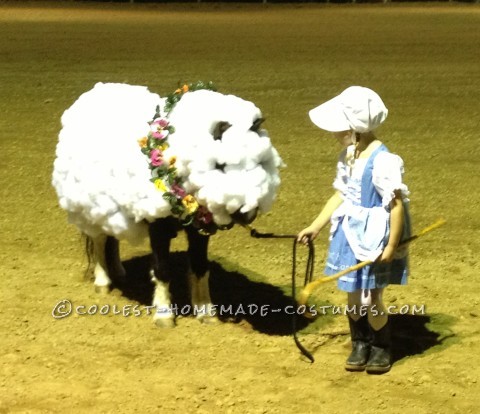 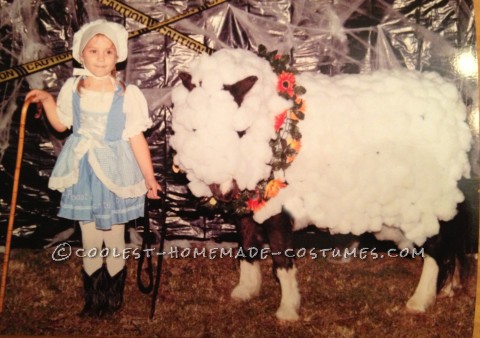 Lina the Awesome Horse as Buckbeak the Hippogriff

Horse and Rider Costume: Biker Girl on a Harley Horse