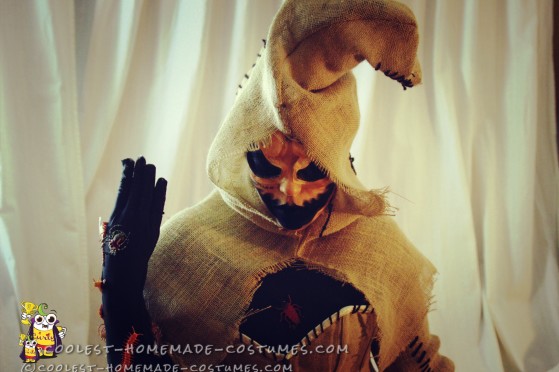 I’ve always love dressing up as villains, and what better villain to be than the iconic Oogie Boogie costume!

“And if you aren’t shakin’
Then there’s something very wrong
‘Cause this may be the last time now that you hear
the boogie song.”

I wanted to do a feminine twist on the character so I knew from the start Oogie was going to need some curves. I also knew that I wanted to have him unraveling with bugs showing since that is one of my favorite parts in the movie. So, I set out to buy an enormous amount of burlap and packages of fake bugs (not your normal everyday shopping list).

I wore the costume to a Comic Con convention in Chicago, and it was so well received by everyone who liked the feminine twist I put on it! 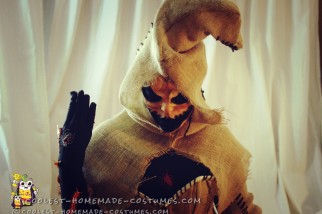