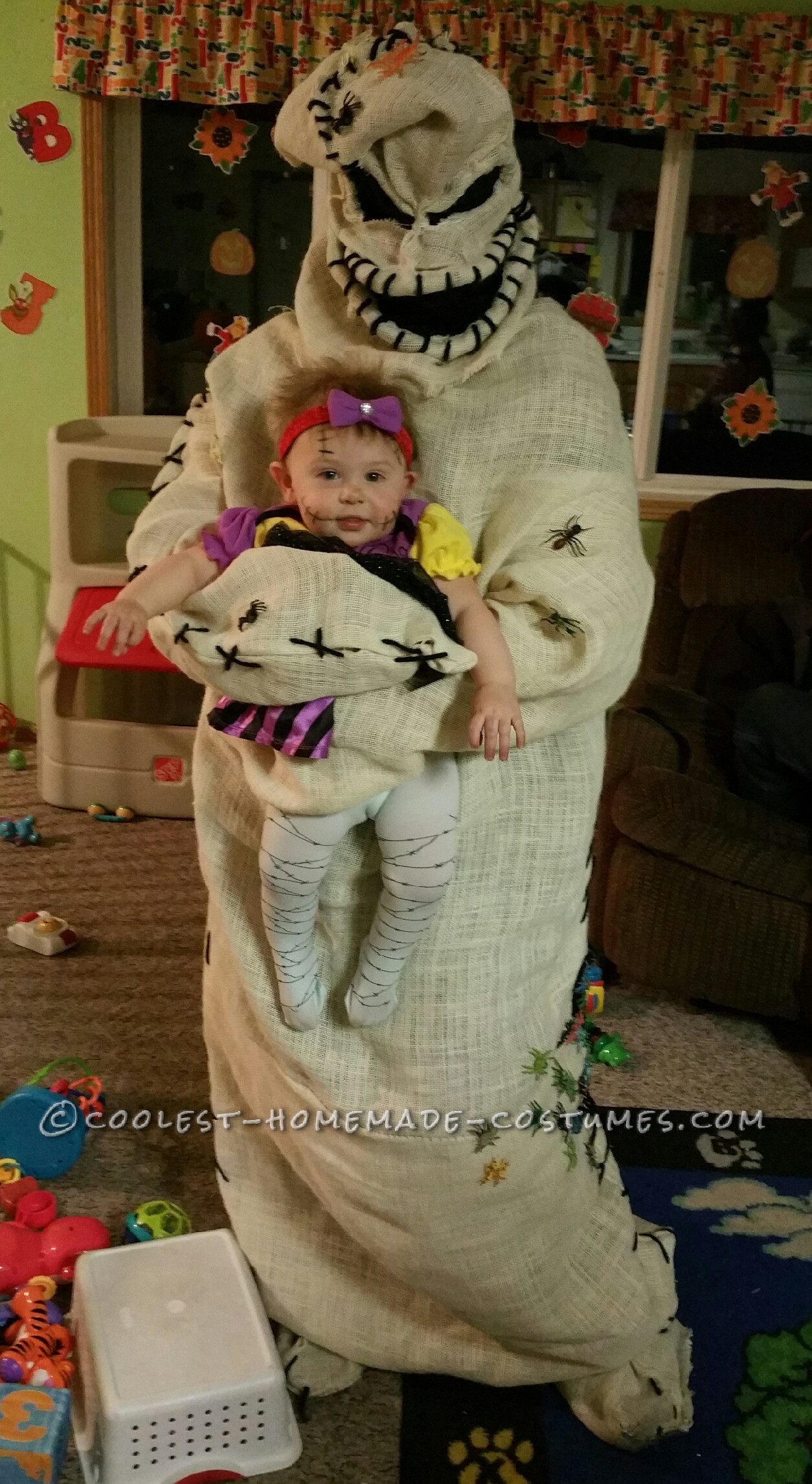 We named our daughter Sally, after the character in the ‘Nightmare Before Christmas’. My plan was to dress up in an Oogie Boogie costume and carry her around not only for Halloween, but a horror convention as well. My first problem was that there are very few homemade Oogie Boogie costumes to buy and the ones available, I didn’t like. So I decided to entirely make my own Oogie Boogie from scratch. Please keep in mind, I have never sewn so much as a button before in my life. The weekend before Halloween was Crypticon Minneapolis, which we flew out to. I didn’t enter these costumes into the contest because I was alone with our nine month old but we walked around in costume and got a lot of compliments and photos taken of us! While trick or treating, I got a lot of reactions and even frightened some kids! One little boy was dressed as Jack Skellington and he approached me with a big smile. I played into it, asking where Sandy Claws was. It was so much fun! On Halloween night, I last minute decided to attend a local Halloween party, Booty Bash, hosted by a popular radio station, and enter the contest. I figured I put months of work, sweat and tears into this costume so why not show it off a bit? Entrees into the contest are hand selected so imagine my surprise and happiness when I was selected! Winners were selected by crowd cheer, and although I literally only knew one person there, I won third place! I hope you like my costume. I did not make the sally doll costume, just Oogie Boogie. Thank you and I hope everyone has had a fun Halloween. I sure did. Buahahahahahhahaa! 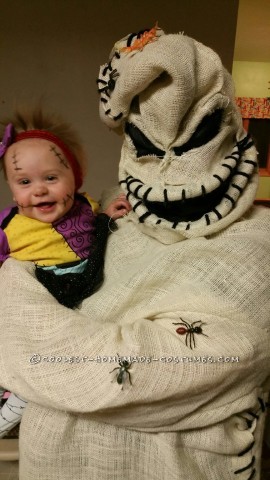