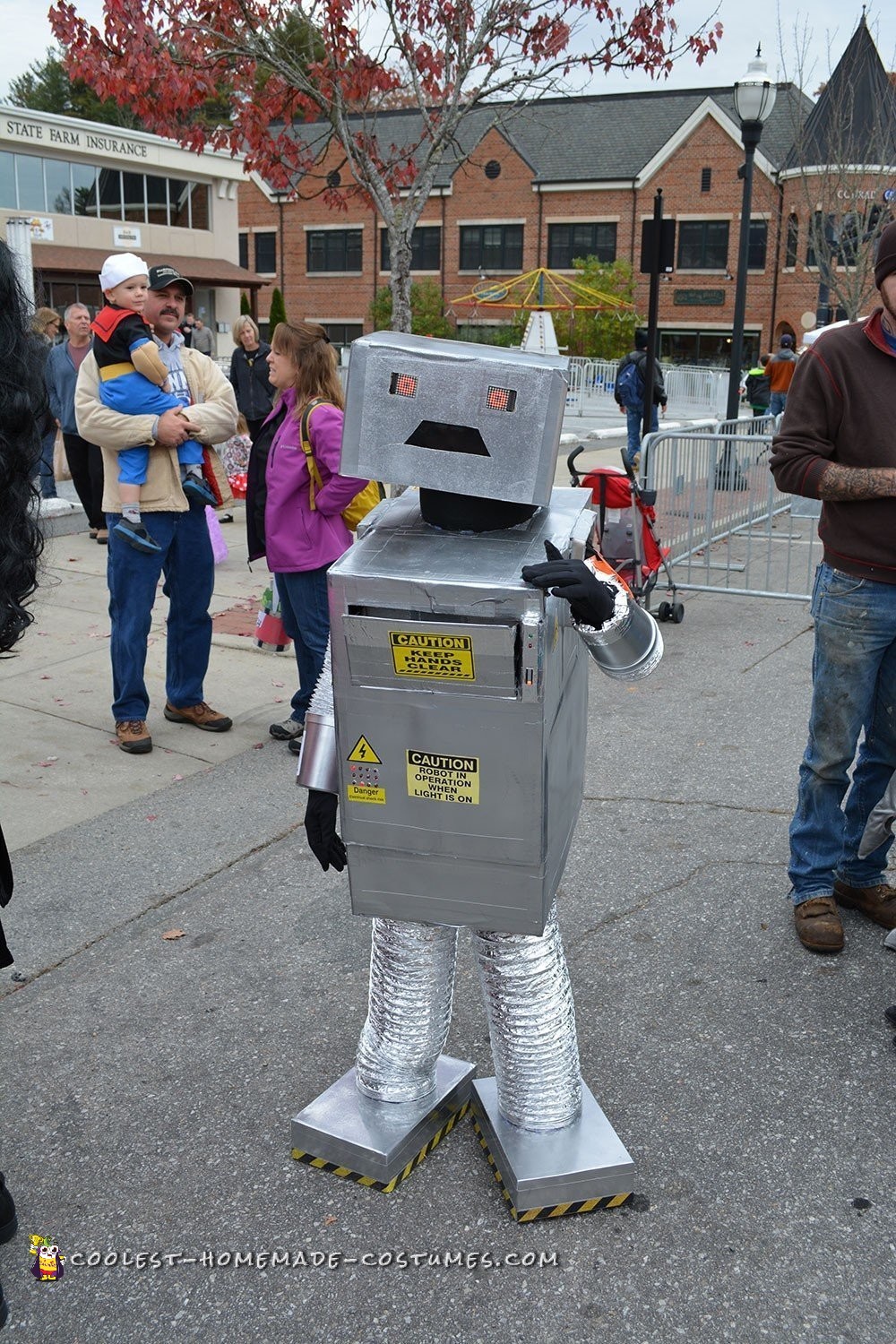 I am an 11-year-old boy who loves to make stuff with electronics and programming. This year for Halloween, I decided to make a robot costume.
This robot costume that took me about 4 weeks to make, most of the time was soldering and programming/testing the microcontroller code. This costume has 4 microcontrollers inside (2 in the head, and 2 in the body).
In the head, an Arduino Nano is controlling the voice-activated LEDs, and an mbed Nucleo is controlling the eyes which are made from two MAX7219s. I programmed both the nano and the mbed using C++.
In the body, an Arduino Nano is controlling the 14 LEDs that randomly blink (two on each side of the body, and 12 in an array on the front to look like computer read-outs from old movies), and a LinkIt One from Mediatek Labs is using a Grove shield to control the LEDs and LED Bar next to the candy drawer, the servo that opens and closes the candy drawer, the touch-sensitive button for controlling the servo, and it plays sound from a speaker on the side of the body.
I had to wear special gloves that are used for texting on touch screen phones in order to be able to activate the candy drawer using the touch-sensitive button.
The eyes look left, right, and forward, and they blink.
The arms are made from aluminum heating ducts as well as plastic paint buckets with the bottoms cut out and painted silver.
The legs are made from aluminum heating ducts and two cardboard boxes.
The head and body are made from three cardboard boxes painted silver. The mouth of the robot is covered with a nylon so that I can see through it, yet it looks black (when I am not talking)
I wore this costume to my local Halloween festival and came in second place, and then I wore it during Trick-or-Treating without the legs (because it was impossible to go up and down stairs wearing them) 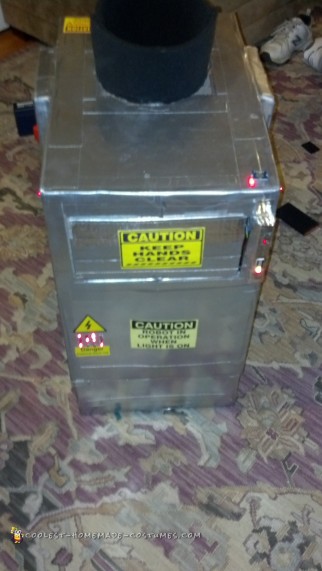 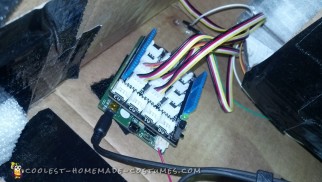 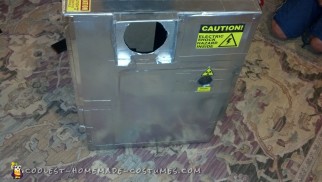 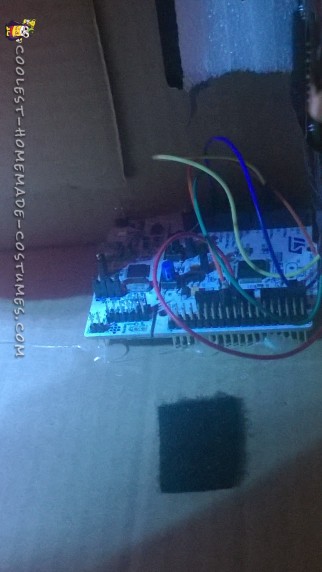 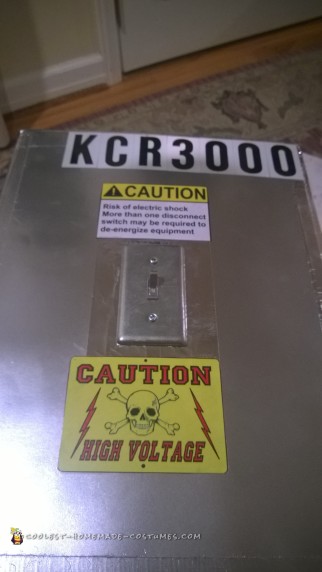 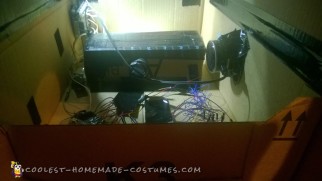 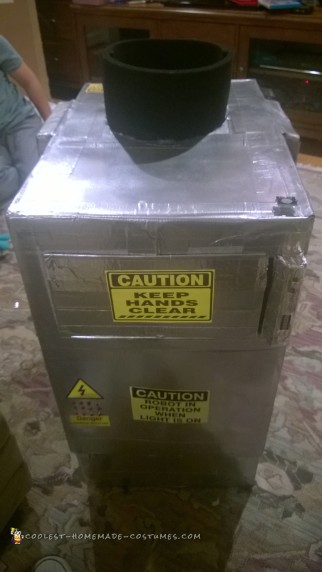 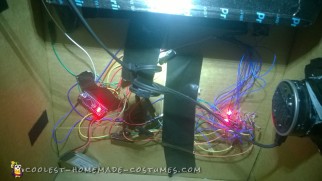 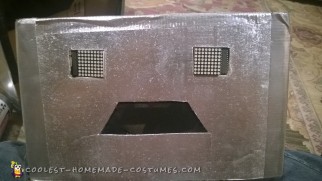