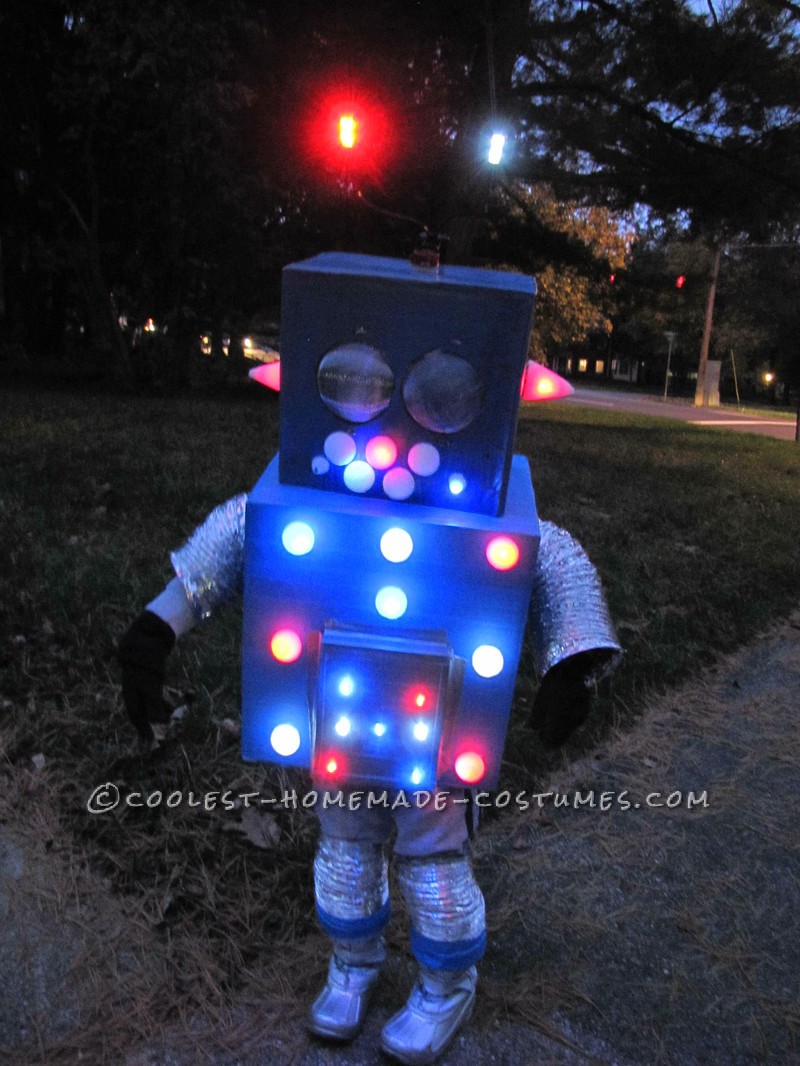 This cool Flashing and Blinking homemade Robot Costume was a fun costume to make. After viewing some other robots on this website, we came up with the perfect robot costume ideas for our son Will— and WILL-BOT was born! My husband did most of the work, against his better wishes (and pleads for a simple store bought costume). He should be so proud of himself! Will wore it two years in a row, so minor changes were made to it the next year to make it a little different (and to disguise the wear and tear on it). Here is how he did it:

The body and head were just plain old boxes… find the right size for your child. Remove bottoms of both boxes. He spray painted one box blue, and used blue painters tape to cover the second box. He used a stencil to paint the name on the back. We changed the color the next year. The head box was attached with several large zip ties to the body box. This made it possible to remove the head, but not have to fully take off. It simply was lifted up and back. And attached to the body box, with duct tape, was a shoebox lid which looked like a control panel.

The eyes were made from two small mesh strainers that were attached. The arms were dryer vent tubing pushed into place after making a hole in each side for his arms. (Be sure to measure where the holes go before cutting). The legs were dryer vent tubing as well, attached to a pair of sweatpants with duct tape. The shoes were snow boots that were spray painted silver.

The best part was all the light up pieces that can be added… he added a double clip on light to head (red on one side and clear on other) as antennae. A red flashing bike light was added to the top of the head. A small string of flashing, battery operated lights were strung on the head to light up the ears and mouth. Over the lights on the mouth he placed small round white Styrofoam balls (spray painted silver the second year and a hole cut to show more light through), and cut down cones. And for the ears, the cones were used whole. Hot glue helped to keep all the Styrofoam pieces in place better. The battery pack was fastened securely inside with heavy duty duct tape. The body, also had a string of flashing battery operated lights. Again, covered with Styrofoam balls (painted silver the second year). Also, an old gauge was added the second year to the control panel.

This costume was a lot of fun. It definitely got lots of looks, and other kids stopping to touch. The flashing lights made it so amazing! We loved our two years of Will-Bot! 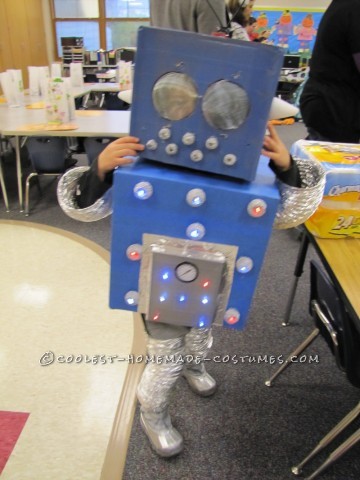 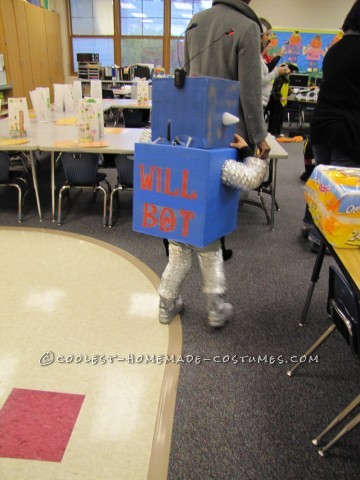 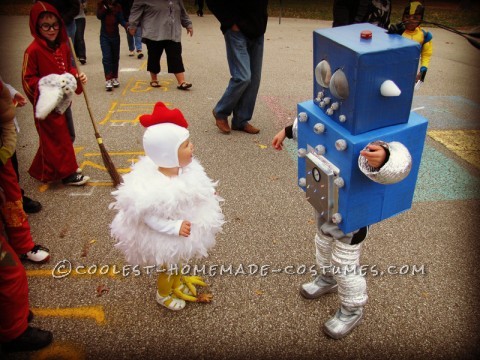 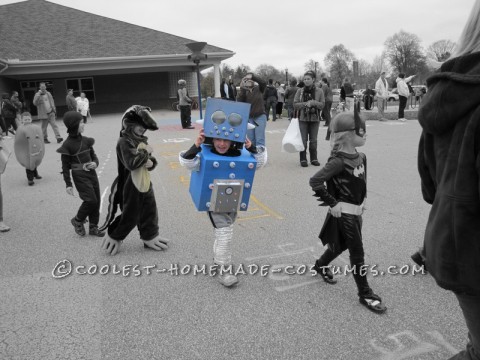 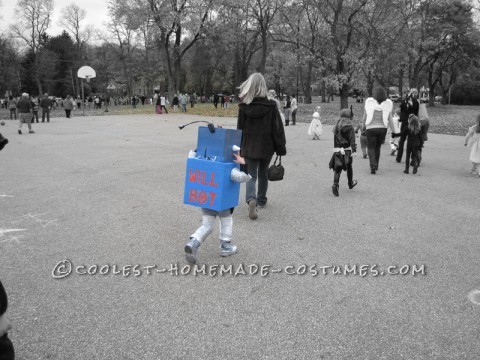