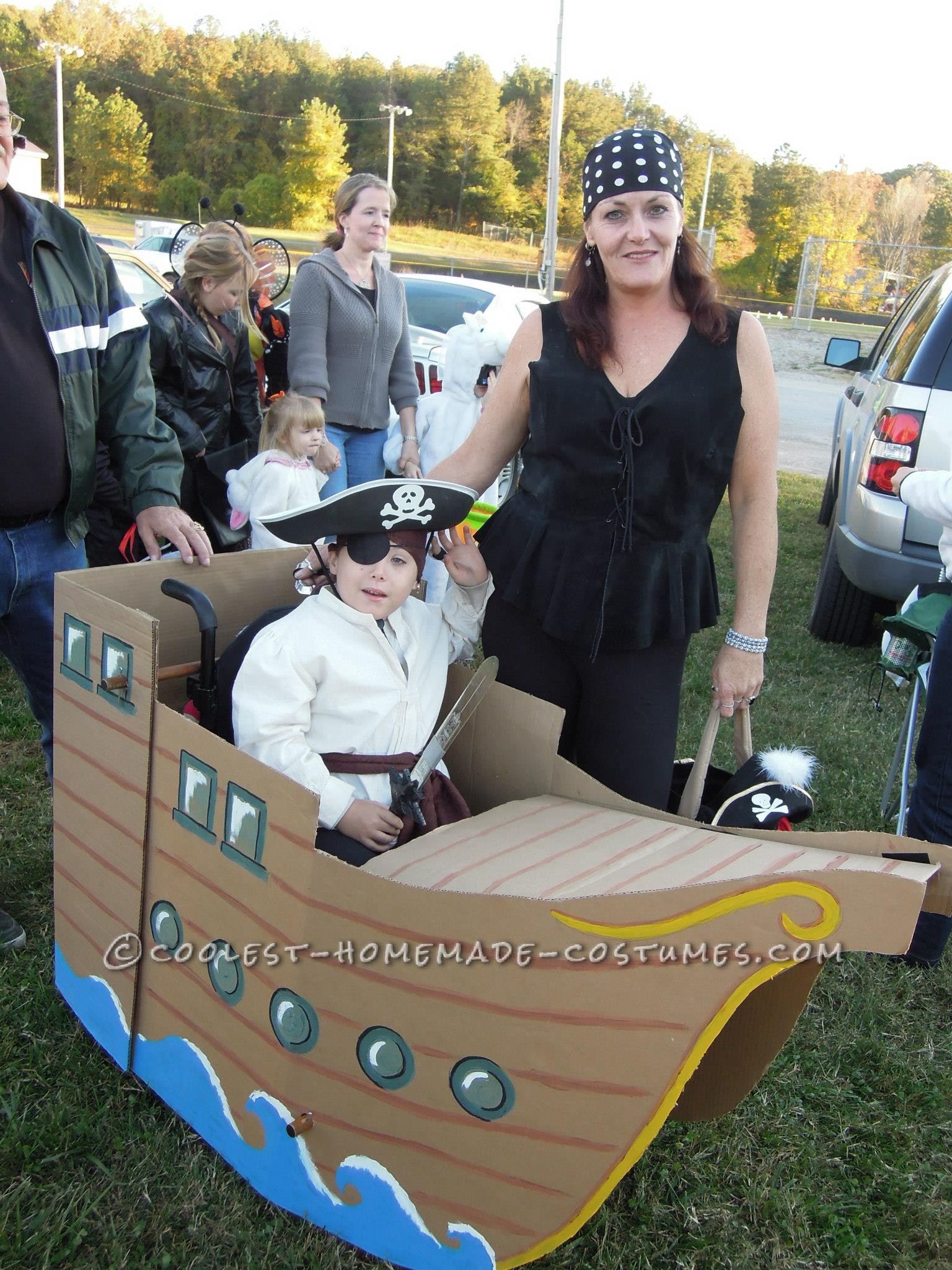 Another Halloween, another great wheelchair costume for now 6 year old William Joel!  This year I simply acquired 3 large pieces of cardboard from a local supermarket and bent them to fit around the chair.  I made a “Jolly Booger” Pirate Ship Wheelchair Costume. I attached the cardboard pieces together with large adhesive Velcro tape.  I had a basic pirate ship design in mind and cut the formed pieces accordingly.  I cut and placed the plank in such a way for William to have leg room and inserted another small piece in the front of the ship to help keep its sturdy form.

These pieces were also attached with adhesive Velcro tape.  After I was satisfied with the “ship shape”, I drew the details (windows, anchor, waves, etc.) with pencil and then painted over the pencil using water-based acrylic paints.  William’s Engineer Papa then strategically placed holes on both sides of the ship (right below the chair’s hand grips and on top of the foot platform) and used cut up broom sticks and cotter pins to “attach” the ship to the chair.

Will’s pirate outfit was easy/self-explanatory, so after carefully placing “Capt. William No Beard” in his vessel, it was “Batten down the hatches, weigh anchor, and that she blows!”