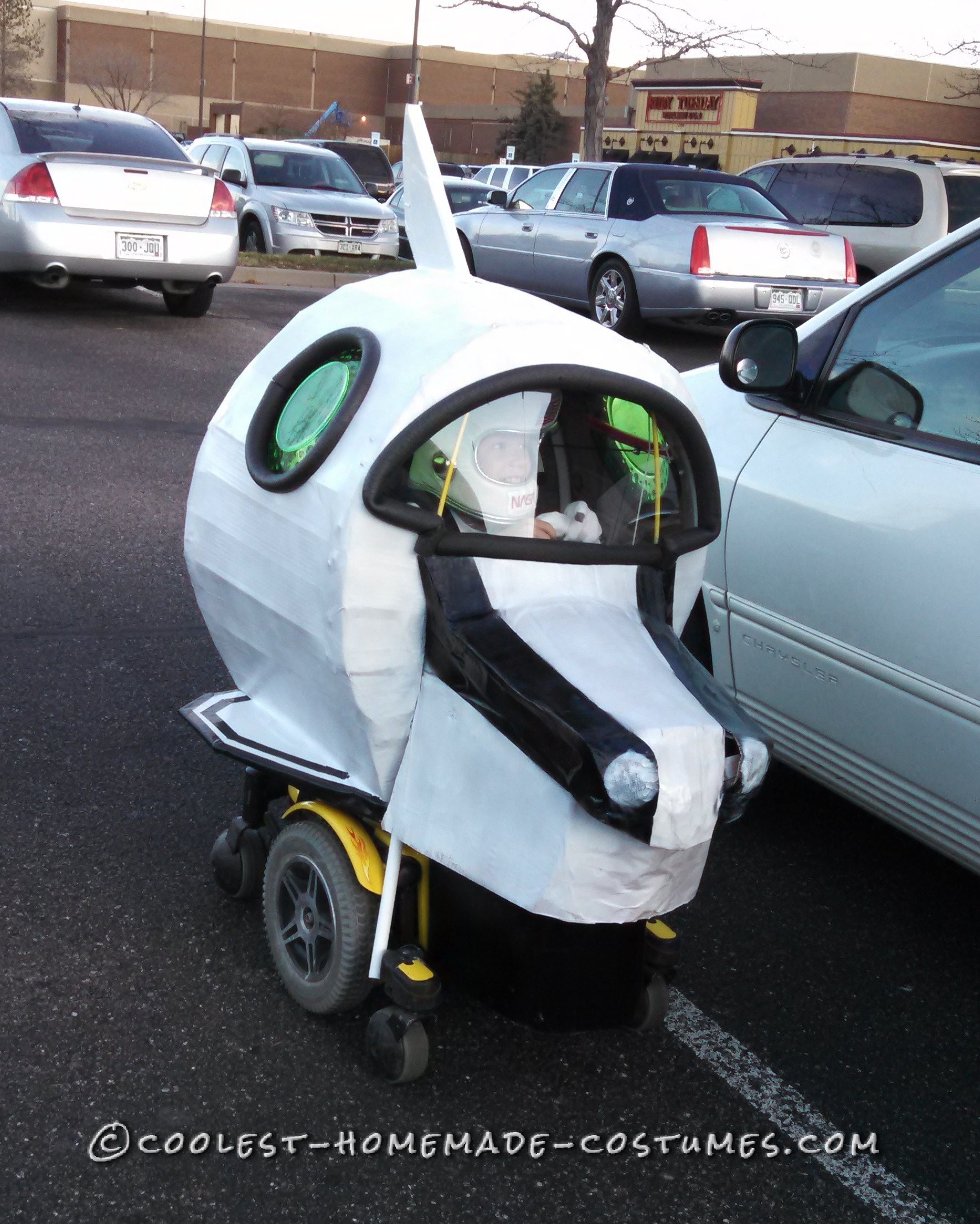 My ten year old son Cyrus was born with cerebral palsy. Three years ago I thought it would be great fun and bring lots of joy to incorporate his wheelchair as part of his costume. This year he choose to be an astronaut. Naturally I was excited to created his rocket ship.

My dad and I were also excited to see the final outcome of all our hard work! We worked on it for about three days my dad even stayed up all night the night before Halloween to finish preparing it for the paint job.

We built a frame that attached the his chair and covered it with cardboard and to cover up all the attachments my dad paper mached it. For Cyrus to be able to get in the nose of the ship was two separate pieces that slid on and off easily.

Halloween day we pained it and added the final details windows, trim, and stripes! When finished we had to load it on a trailer to get it to the mall to go trick or treating. Everyone fell in love with! He had a little port hole to put candy in that had a shoot to drop down to his bucket inside! He had a blast!

To be able to direct and hear him he had a phone inside and (Houston) I was on my phone. What a blast! Cyrus said it is really hard to get in but really fun to drive!

Lots of people took pictures and had smiles on there faces as he drove by! Everyone was informing us to put it in contest so here we are! Not only would we be excited about winning but Cyrus wanted to make sure everyone new that the winnings would go towards getting him a service dog! :-) 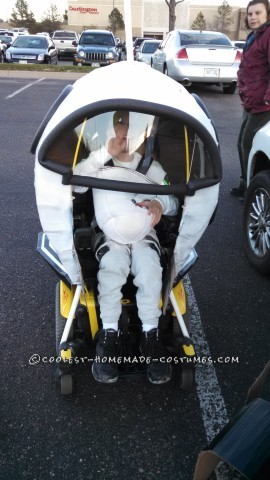 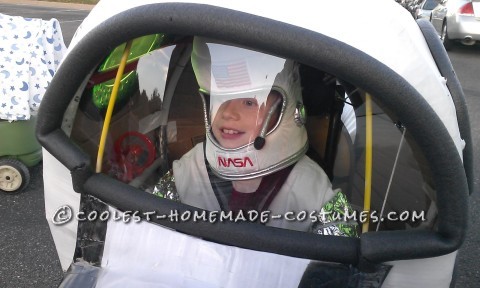 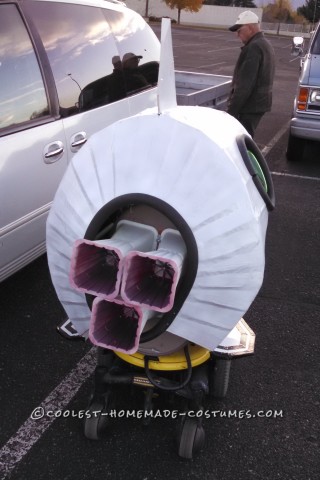 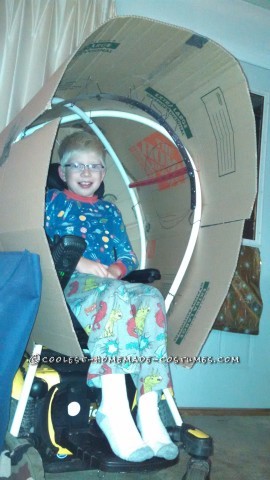 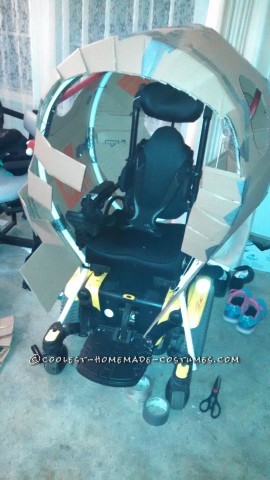 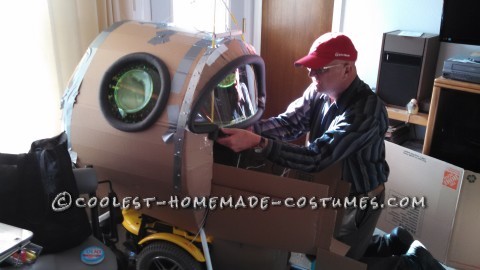 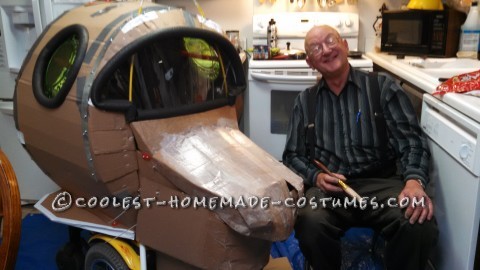 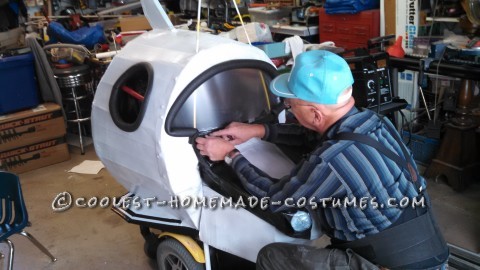 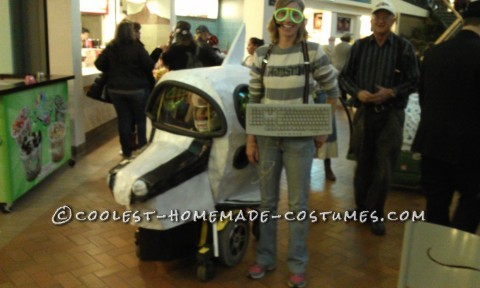