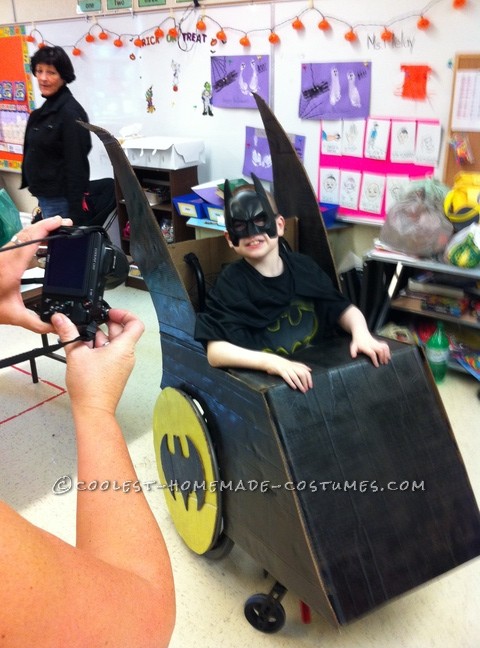 This is a Wheelchair Batmobile Costume I put together for my 10 year old Autistic son. He loves Batman and the villains. He’s in the wheel chair as a result of contracting Transverse Myelitis when he was 6 months old. It’s an incredibly rare disease and at the time he was believed the youngest in North America to contract the disease. It left him paralyzed from the chest down with limited feeling/mobility in his hands. When he was 3 he was diagnosed with Autism.

His school does a ‘costume parade’ for Halloween where the students get to display their costumes to everyone in the school. The shouts and yells and hoots n hollers of “It’s the Batmobile!” made my son feel on top of the world. It was awesome to let him be Batman in the Batmobile for those few hours during school and trick or treating where again strangers were coming up to us to check out the Batmobile. His smile rarely left his face that whole day. It was a good day.

Items needed for this costume:

I built this costume out of cardboard, paint and Velcro.  I wanted to have it connected via Velcro so I could put it on and off easily. It’s basically only 4 pieces of cardboard, two sides, front and back. I also cut out two circles which I painted yellow and then cut out two bat symbols which I glued onto the yellow piece. These circles were attached to the wheelchair wheels again with Velcro. I used the type of Velcro with the sticky backing.

For the two side pieces, I made a bracket out of paper towel rolls, and cardboard. I hot glued these to the inside of the side pieces. This way I could slide the side pieces onto the wheel chair’s arm rests. I cut it out in a shape to cover the chair and the backs came up in bat wings.

The back piece, was just a rectangular piece with two holes for the wheelchair handles, so it just slipped on to them. I also cut out a hole in the middle of the back piece and built a ‘thruster’ out of a plastic cup, tin foil, the $1 flickering tea lights you can get at the dollar store. I also added some red and yellow glitter paper cut into flame shapes.

The front piece was just a longer rectangular piece; measured to fold at the top so it comes in over my sons legs.

The following is the process to put this on the wheel chair:

1. slip the side pieces on over the arm rests
2. slip the back piece on over the handles, and connect the side pieces to the back pieces via the Velcro at top and bottom.
3. attach the front piece to the side panels via the Velcro at the top, the fold point for the legs and at the ends.
4. stick 3 Velcro pieces (each) onto the circular bat symbols and the matching Velcro onto the wheel rail. Then just attach the bat symbols

The whole process to mount the costume on the wheelchair takes about 5 minutes. The costume was built and painted all within 3 days. 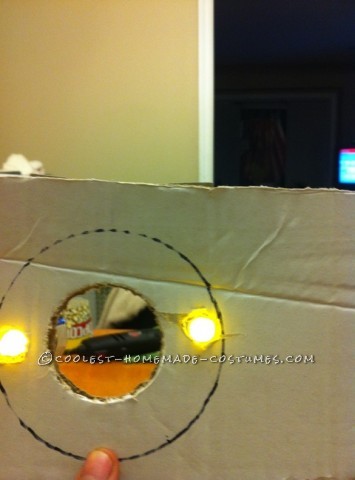 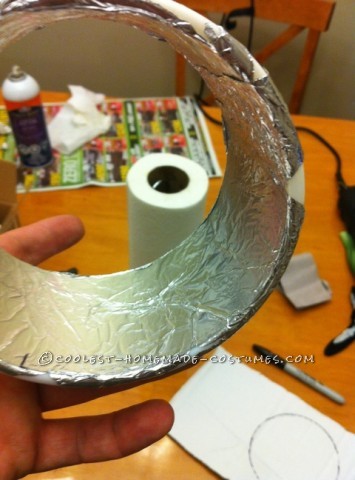 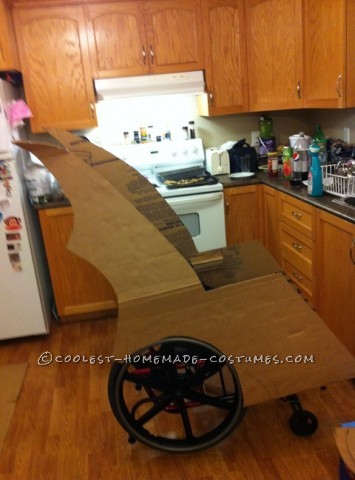 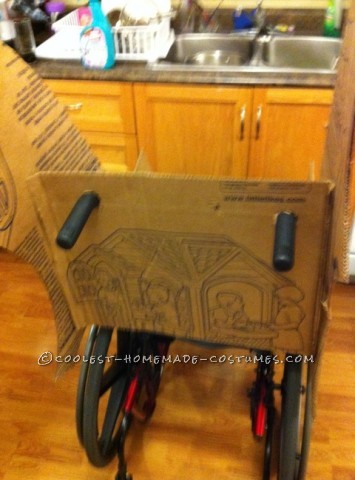 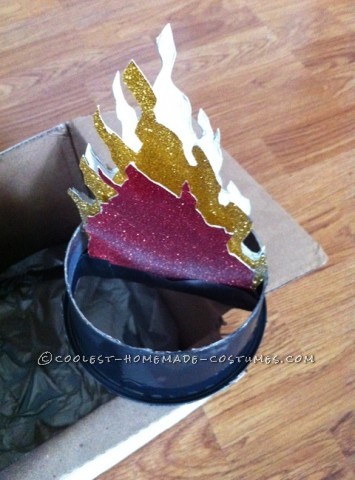 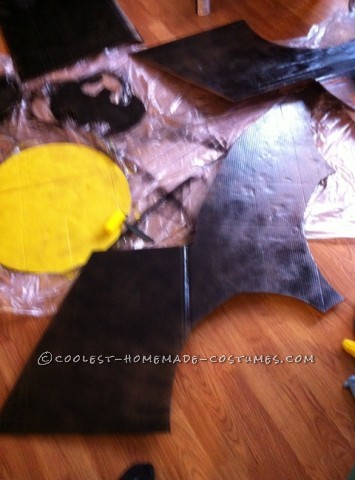 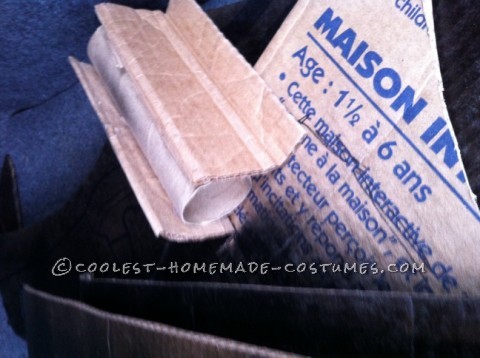 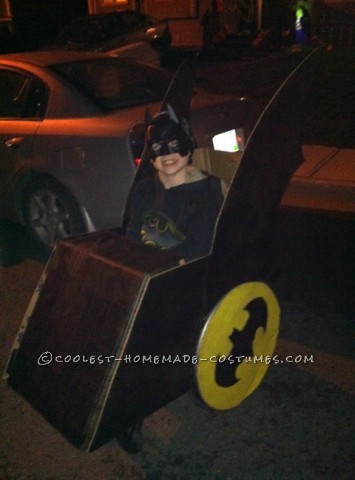 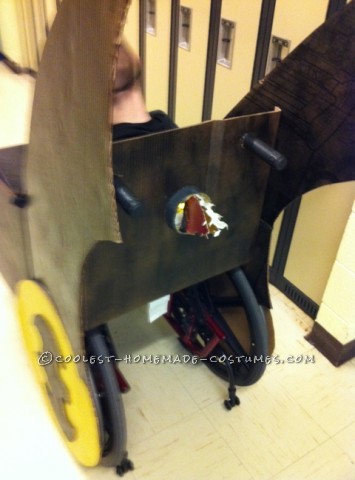