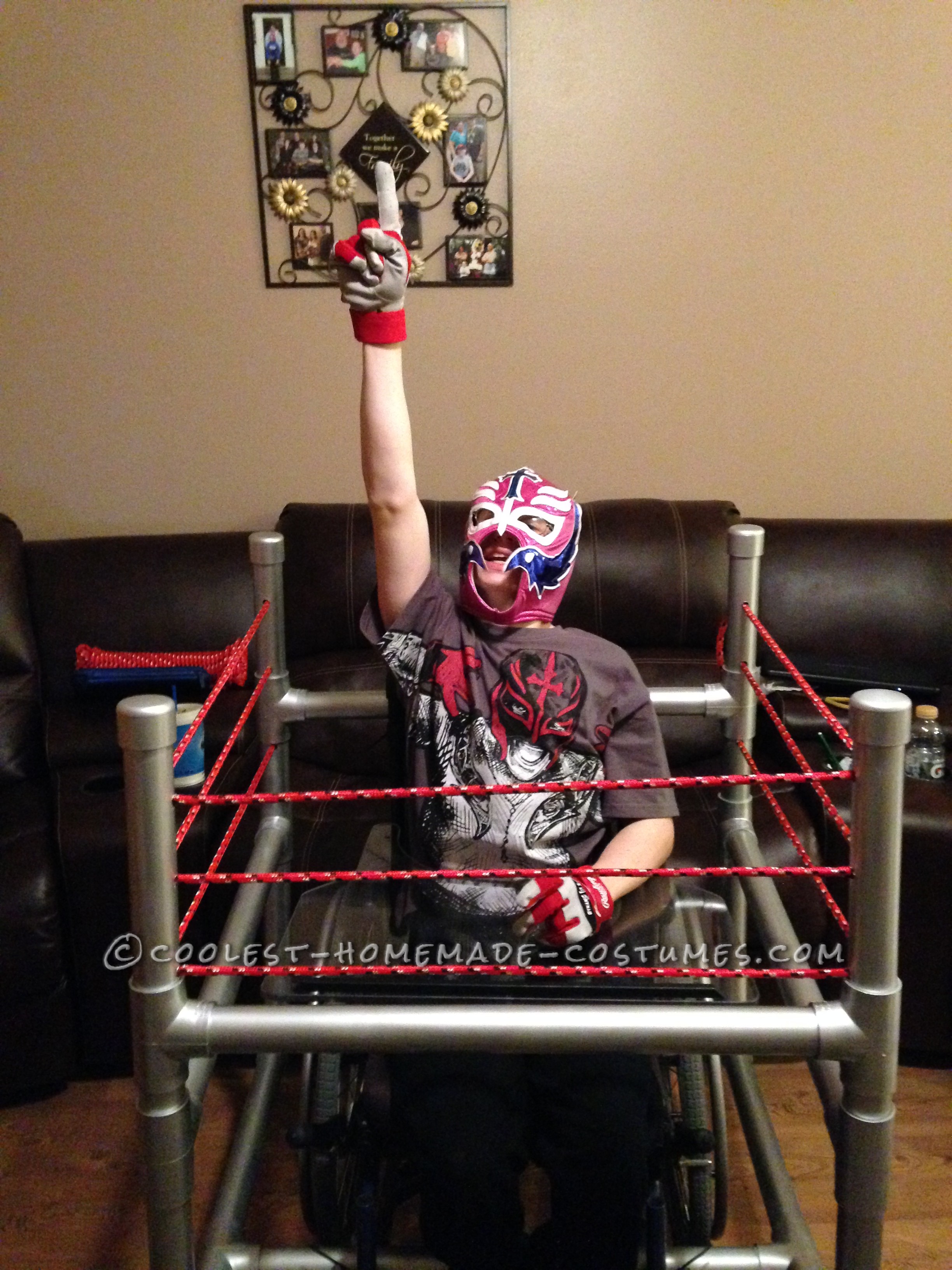 My son Christoffer is twelve years old. He is a huge wrestling fan. A family friend got him a mask like the one worn by a wrestler named Rey Mysterio while on vacation in Mexico. He wears it around the house a lot and said that he wanted to wear it for Halloween.

As you can see, my son was born with cerebral palsy and uses a wheelchair to get around. I did not want him to just wear a mask and sit there in his chair. So, I decided to bring the costume to life and make his dream of being a wrestler come true. I would build the ring around his chair.

I went to Home Depot and started trying to figure out how to make it. My biggest issue was how to attach it to the chair, but still make it removable.

Me and the nice gentleman that worked there put our heads together and came up with the plan that you see in the photos. I used 1 ½” PVC pipe and some rope. I rested the bottom front pipe in the bottom bars of his chair, and the top back pipe on the brackets underneath his handles.

I then just zip stripped them down so that they do not slide around. I then built the rest of the ring around the chair and tried to make it look as much like the ring from the TV as possible. I painted it silver so that it looks like the metal pipes that they use for the real rings.

I then drilled the holes and wove the rope around for the ring ropes. Chris loved it! He wants to wear it every day. We took him to Seaworld Orlando for their trick or treating that they have. He was the star of the show as you can see in the other photos.

All of the employees that worked there told him it was the best that they had ever seen. Other park guests were asking to take pictures with him and giving him high fives. All the attention was making his head so big, I was not sure that we would be able to get the mask off. He was in heaven and now he can not wait until Halloween so that he can show his ring off again. 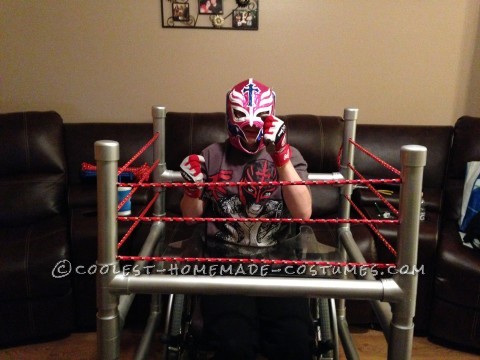 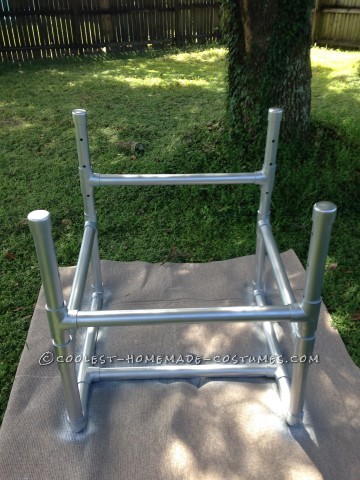 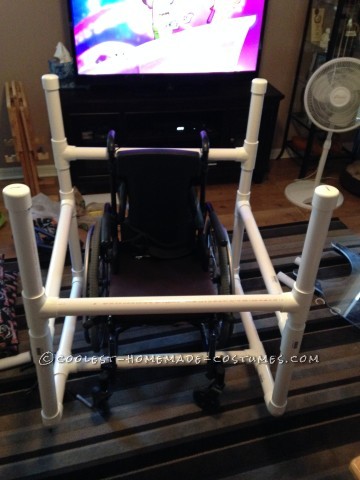 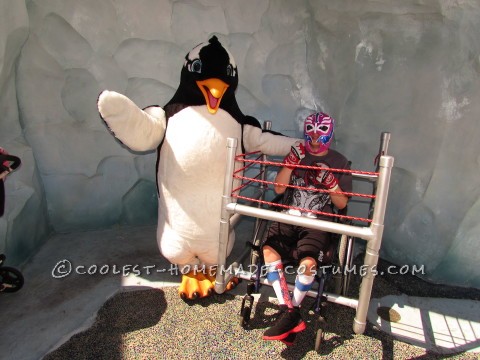 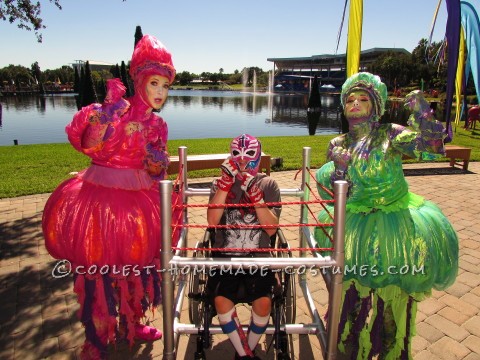 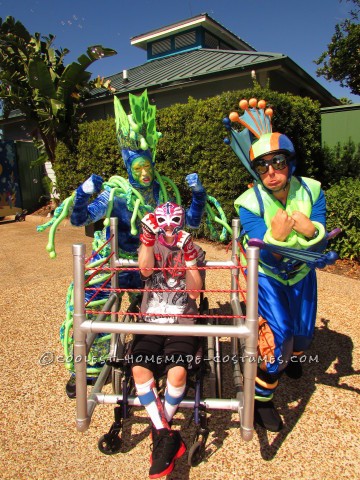 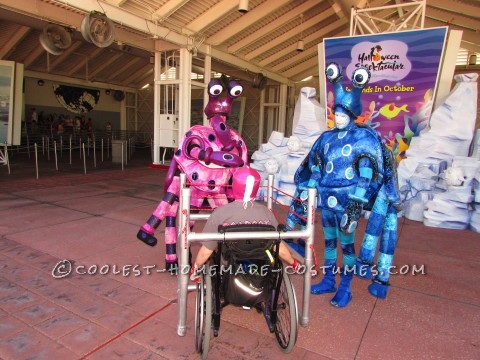 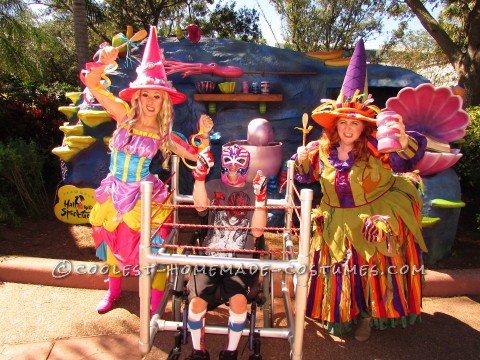 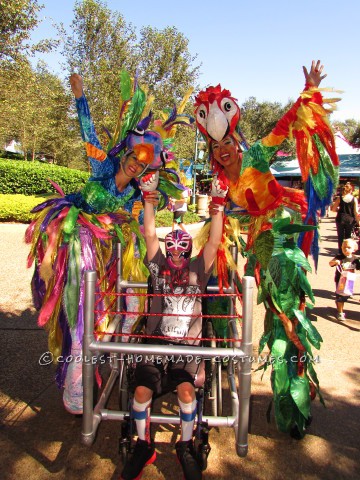