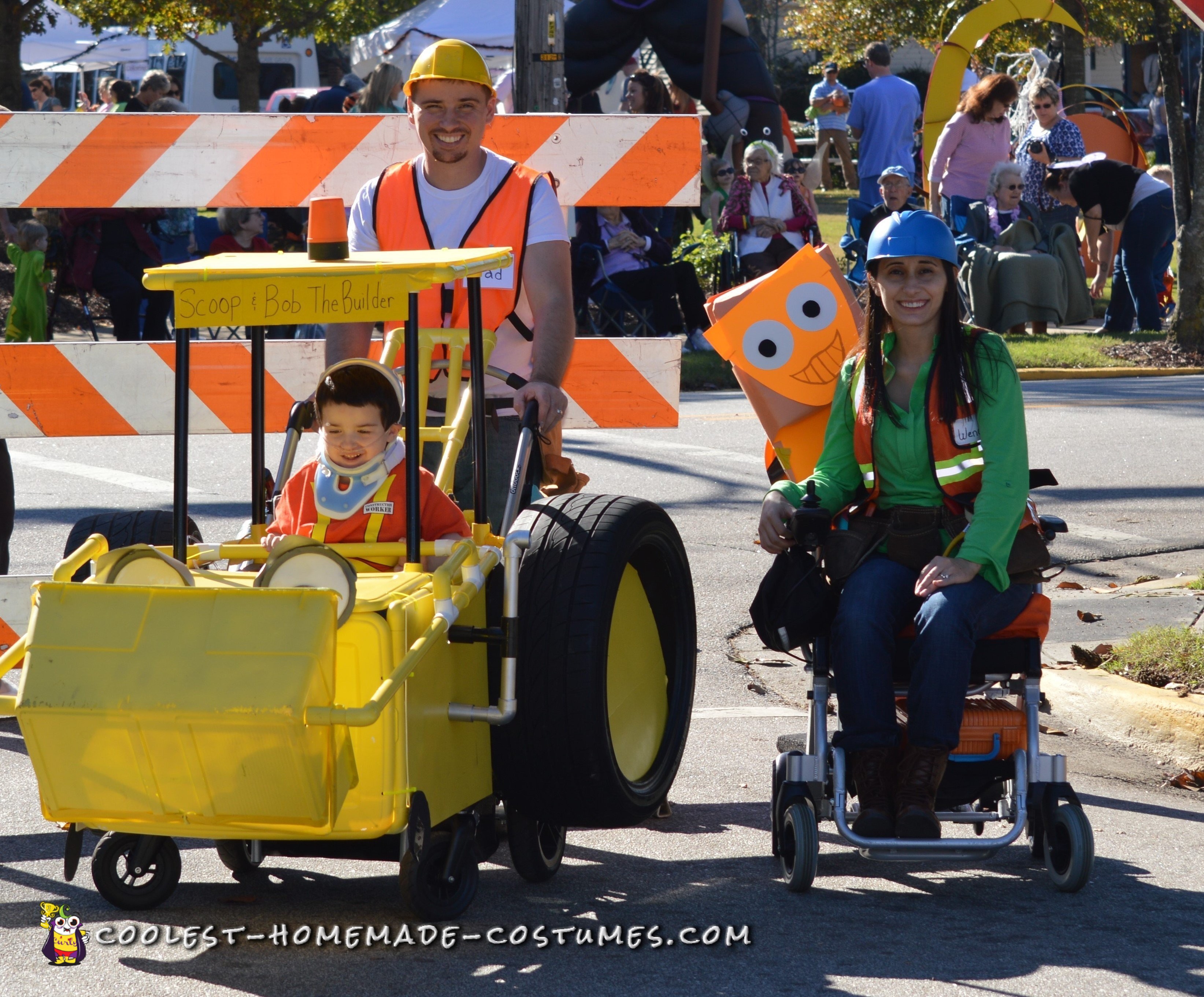 How did we come up with the idea for this costume? Jack our 5 year old son is riding his wheelchair Scoop! Jack loves trucks so much. He plays with the truck Scoop every single day. We have lots of photos of him laying on the sofa hugging his truck. His love for trucks is what inspired us to build this costume for him. He has a lot of health issues. He’s been through a lot of difficult times and he developed bone marrow failure this February. We want to make lots of cherished memories with him.

How did we make it? It started out simple. In the beginning of October I asked my husband to make the cab part out of PVC and I was going to build the rest out of cardboard. Well lets say he got a lot carried away! He spent many full days building this and many long late nights. I handled all the details and the planning and he did all the building. We used whatever we could that was lying around the house. The rest took many trips to Home Depot. I did find the tires for free on craigslist and they replaced the foam board tires that I made for it. We used tote lids for 3 parts of the nose and plexi glass for 3 others parts.

We decided we would make it all plastic so he could use it long after Halloween to play! We had no plans beyond making it for him. We just kept figuring out how to make it as we went along. He had to make the scoop workable! This was important to him because that is Jack’s favorite feature on his scoop truck. He has two scoop toys thankfully! Because we had to use one outside to keep checking to make sure we were doing a good job making it as accurate as we could. It’s a good thing he did make it workable because that is absoulty Jack’s favorite thing about this costume!

A lot of love went into this costume.

We kept it hidden from him until it was complete! It was worth all of the time and effort to see his face light up when he saw it for the first time. He doesn’t have friends but our family and friends love it. Dad went as Robert Bob’s Dad and Mom went as Wendy and I made the character Dizzy to attach to my wheelchair. We had a great time going out with him for Halloween. We had to take it apart and put it back together again each time and put a hitch carrier for the large frame. It took dad about 30 minutes to put it together each time and another 30 minutes to take it apart. Bob waited patiently.

Everywhere we went people could not help but tell us how much they loved his costume. They couldn’t believe it! They all wanted pictures with him. A few small kids said they wanted to ride in it next! A lot of people made comments and we heard so many times “How did you come up with that?” “That is the best costume ever!” “Wow that is so creative!” “How! How did you do that?” Someone said I know how you made that! With love, a lot of love!

The response we got was amazing. Everyone was shouting out to us how much they loved his costume as we rolled by. He was so proud of it as he drove around! His face said it all. He had the best Halloween a child could have. What items did you use to make this costume including accessories used? How did you make it?

Dizzy was cardboard, construction paper, duct tape, poster board, felt, paint. It took about 100 hours. We think it cost $150 in materials.

Steps taken: Cut and measured PVC, Plexi glass,tote lids and totes for buckets Spray painted them. Connected it all together. With PVC Glue and Zip Ties. Made the mouth, eyes, light and sign and velroed them on. Made the wheel rims and fitted them into the tires. Hung the tires on a metal conduit. 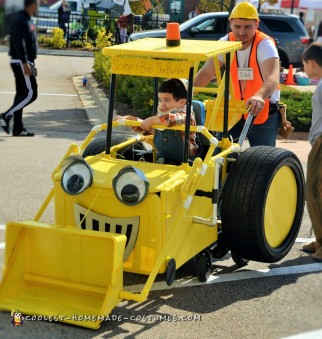 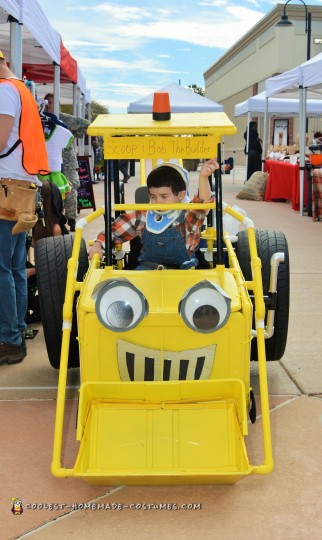 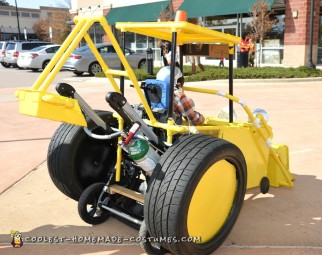 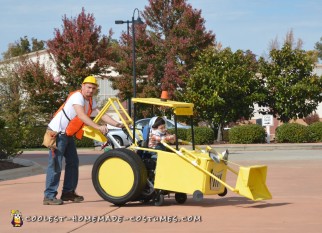 2 thoughts on “The Amazing Scoop and Bob the Builder Costume”